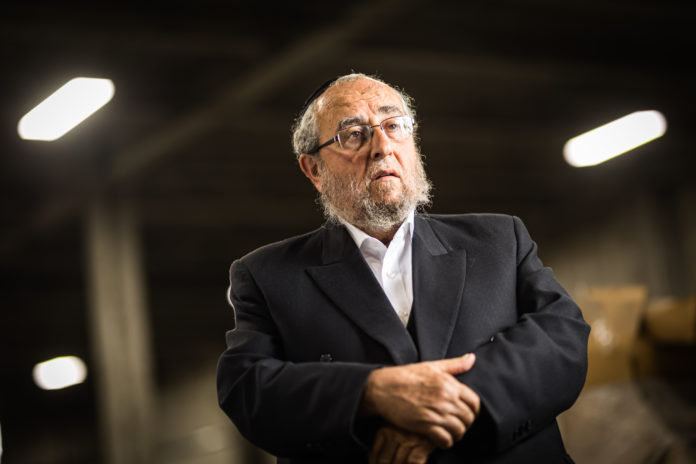 “Prices have increased due to COVID-19” has been said about many industries over the last year or so, but perhaps no industry is as synonymous with COVID-induced price hikes as the lumber industry.

Enter Abe Rosenberg, founder of Certified Lumber, a stalwart in the business of construction. After “chancing” upon a fledgling lumber company, Abe and his brother built an industry giant, a company that would span several decades and become a major destination for contractors and homeowners seeking wood and building supplies in the tri-state area.

Despite changing times and trends, Certified Lumber continued to adapt and has come out stronger for it. In a candid conversation, Abe revealed the true problems faced by his industry (and others) and provided keen insight into the tumultuous supply chain issues happening all over the world.

I have always felt that my family background affects who I am and how I conduct my business. My family’s story begins with my father fleeing the army draft in Europe. After Czechoslovakia was conceded to the Nazis in 1938, the Hungarians immediately closed all of the yeshivos in Slovakia, including the Galanta yeshivah, where my father was learning. He went home to Munkatch, and that’s where he started having problems with the local officials, who wanted to draft him into the army. He needed to get away from them, so he decided to go to Eretz Yisrael, where his maternal grandparents had immigrated ten years earlier. His father wasn’t thrilled with the idea. He thought my father was being foolish, especially because he didn’t have the money for what was an expensive journey. My father’s mother was no longer alive by then; she died when she was 43.

“Over the next year, my father wandered from place to place, doing odd jobs. He ended up in Pressburg in 1939, and by then the government had allowed the yeshivos to reopen, but he didn’t want to stay. He wrote to the Galanter Rebbe, explaining that he needed help gathering enough funds to reach Eretz Yisrael. About two weeks later, someone walked into the beis midrash and asked for Hershel Rosenberg. This man was an important person among those arranging illegal immigration to Eretz Yisrael. The Rebbe had told him about my father. ‘In two weeks, a ship will be leaving, and I’m going to make sure that you’re on it,’ he said. ‘Don’t tell anyone anything. Just wait for further instructions.’

“The ship had 900 people on board. On September 3, 1939, the United Kingdom, which controlled Eretz Yisrael, declared war on Germany, and the borders were closed to ships from enemy countries, including the ship my father was on. They were stranded at sea. Trying to get past the British blockade would be tantamount to a suicide mission, but the captain had an idea. He asked whether anyone was armed. One person had a gun. The captain said, ‘Okay, I’m going to try to run the blockade, but if we’re stopped, I’ll insist that the ship was hijacked and I was threatened at gunpoint.’

“Sure enough, they were caught, and one of the military ships fired warning shots to get them to stop. All 900 people were thrown into jail in Haifa, but the captain, who indeed claimed that he had been forced to do it at gunpoint, was allowed to go free. From prison, my father sent a letter to his grandparents, and after about three weeks, they were all set free. My father got married and started his career in Eretz Yisrael.

“My mother was a Gelb from Chust, the granddaughter of Reb Leizer Gelb. When her family arrived in Eretz Yisrael, they had a difficult time with parnasah until my grandfather found something in Kfar Ata—it wasn’t known as Kiryat Ata yet, it was still just a village. There were about 80 chasidishe Yidden living there, and Rav Binyomin Mendelsohn, who would later become the rav of Komemiyus, was their rav. My grandfather worked very hard there.

“My parents got engaged in late 1942, and my father wrote a letter to his father to inform him of the mazel tov, to which he received a reply. When he wrote about the chasunah, he again waited for a reply—but it never came. It was only later that he found out the tragic truth. Hy”d.

“My eldest sister was born in 1944, in what was then Palestine under British rule. All of my siblings and I were born in Eretz Yisrael.

“In 1957, my father went to America because he didn’t have any parnasah in Eretz Yisrael. I guess the Eibershter has His ways. My father had a couple of cousins living in America, and they sent him a visa. We followed him to Williamsburg about a year later.

“We started learning in Satmar when we still lived in Bnei Brak, and we continued in Satmar when we moved to Williamsburg. After my bar mitzvah, I learned in Munkatch until 18, when I went to Bais Medrash Elyon.

“My father worked in the jewelry industry and taught me about it while I was growing up. He felt that by educating me about the industry, he was preparing me for when I would get married and would have to take responsibility for supporting a family. But when I got married in 1971, the jewelry industry was in a major downturn and it did not seem like the right field to go into. I was interested in construction and felt I had a good understanding of the industry. My brother, who was married and had a child at the time, joined me in the business.

“We did basic construction work, but soon enough we started getting bigger and bigger jobs, for which we needed a good plumber. Someone told me that there was a Yiddishe plumber named Reb Sholom Shabsi Gross, so we started using him. We became good friends. One day he said, ‘You really need to get a warehouse. You constantly have materials that you need to store.’

“I saw an advertisement that Flatbush Lumber was selling a warehouse. I went down and saw that it was an active lumberyard. We decided to buy it and get into the lumber business. After all, I knew all about wood from being in construction.

“On July 4, 1973, we reopened the doors of Flatbush Lumber. We had to work very hard for the next two years to rebuild the business, because it had been falling apart for a long time. When I took over, the neighborhood was still very good, but over the next few years, crime started to rise. In 1978, there was a major blackout in New York, and there was terrible looting along the entire Flatbush Avenue. The best stores were on that street, and they were all looted. Afterward, some of the looters came to me and said, ‘You see? You treat us nicely, so we didn’t touch your store.’ But I did have some materials that were stolen, so I got a guard dog, but they figured out how to get around it. They came one Shabbos, grabbed the dog, broke in, stole merchandise and then burned down the store.

“I had already opened a second location, in Boro Park, by that time, selling wood and other construction materials, so that became the main store, and we sold the Flatbush location. We also eventually opened a store on Kent Avenue in 1981 and for many years that was our headquarters.

“But in 1980, again on a Shabbos, the Boro Park location was burned down. We didn’t know if we were being targeted by the mafia, because the lumber business was mainly controlled by Italians. We had revolutionized the method of delivery for lumber, which upset some people, and we really grew the business exponentially that year. But after the fire, we were afraid that they were coming after us. We rebuilt the building ourselves, but over the years there were many ups and downs. We started out with retail, and over time I built up to contracts with bigger and bigger builders and contractors.

“Over five years ago, my brother Isaac passed away tragically. After his passing, the business underwent several key changes, one of them being selling the Kent Avenue property.

“Six months ago, the Eibershter sent me a new building. It’s a bit far—it’s in Pennsylvania, just over the state border from Trenton—but I was able to get it at a good price, and the drive really isn’t bad at all. At the same time, we also opened a location and showroom on Classon Avenue in Williamsburg, which I now consider our headquarters.

“Baruch Hashem, we have grown steadily and I would say that there is not a single lumberyard that has the amount of stock we have. We have some things that are kept indoors and others that are kept outdoors. There are certain types of wood that have to be covered and stored indoors, while all types of metal can be kept outdoors, so we juggle between the two. In the city, we weren’t allowed to keep anything outside, and we also had problems with deliveries, but now we’re in an industrial park and no one bothers us. The Eibershter also helped me get an extremely large mortgage very quickly. You never see something like that. When the Eibershter wants, even a broom can shoot.

“Since COVID began, there are people who have a lot more cash than they did in the past because of all of the government programs, and they’re buying investment properties with that money, which means that they need wood for construction. We are much busier than we used to be.

“Between our locations in Boro Park, Williamsburg and Lakewood, there are about 100 Yiddishe employees and about 150 to 200 non-Jewish employees. We also have a separate door company called Exclusive Doors. The showroom is in Williamsburg and the warehouse/manufacturing is in Newark.”

People talk about there being a big lumber shortage and increased prices because of COVID. 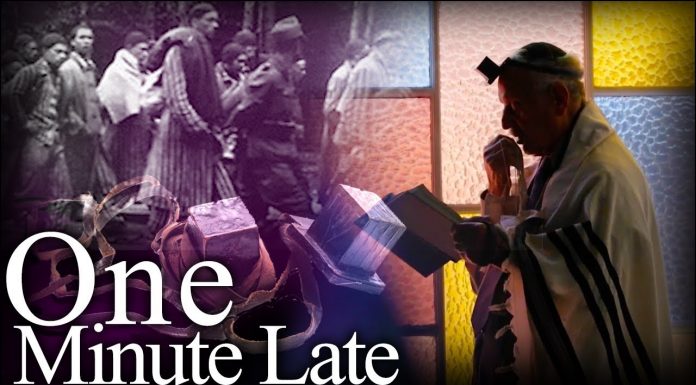