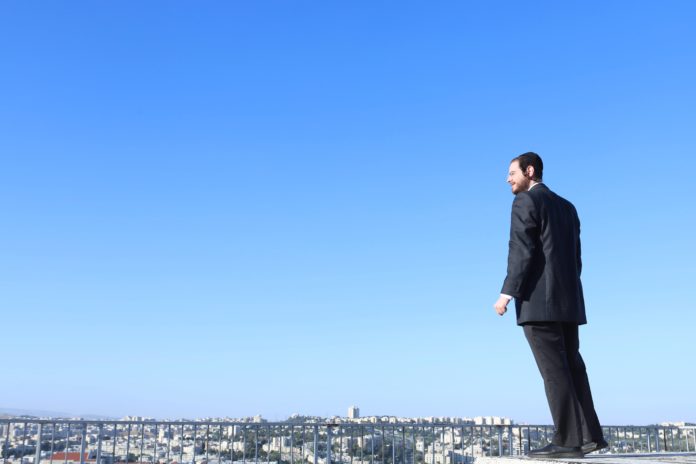 Almost every Orthodox Jew is familiar with the inspirational songs of Hershy Weinberger, yet few know much about this young and talented songwriter. In this extensive interview, Hershy opens up about his thoughts, life and ambitions, and he discusses how he has recently evolved into a singer and performer, drawing ever-growing crowds.

The person who makes the biggest sacrifice in the music industry seems to be the composer, because he has to give away his niggunim. You put your heart into writing a song, and then it becomes associated with whoever ends up singing it. Does that ever bother you so much you begin to wonder if it’s time you got some credit?

That can sometimes happen, but personally, I’m very happy when I’m successful in bringing a song that gives chiyus to the world. I’ll give you an example. Right behind my house there’s a cheder called Vayoel Moshe of Satmar. I’ll often pass by and hear the boys singing my song Davenen before they start to daven. They don’t know that I’m passing by or who wrote the song. All they know is that they sing it before davening. So I don’t care if people know whose song it is. If the message hits home, that alone makes me happy.

What does bother me is when I compose a good song that I know has potential but the singer or the arranger ruins it. It’s like ordering a delicious meal from a restaurant and then the delivery person drops it—of course the chef is going to be upset!

Still, every human being likes to be recognized for his talents.

To a certain extent that’s true, but the composer is always behind the scenes. The vast majority of people don’t know that I composed Davenen, Yerei Shamayim, Mach a Brachah, Bitchi and many other well-known songs. They only know who sings them.

Nonetheless, I was talking to a friend last week and we were discussing whether kavod is a proper motivator. I told him that he should focus instead on inspiring people. I said, “Open your heart, open your head, and just watch it happen.” That’s what really matters.

Yaakov Shwekey will soon be releasing an album that was produced by Naftali Moshe Schnitzler, whom I refer to as my mentor because I wouldn’t be where I am today without him. He’s the biggest Jewish producer, and he is very skilled at recognizing talent and how it can best be utilized. A few weeks ago I had a conversation with someone about Ami Magazine, and I said that you have a talent for getting to the core when you interview people, after which you build your articles around that. Naftali has a similar talent when it comes to the music industry.

I must correct you, because what I do is try to get the person to speak from his neshamah, after which I just quote him. I try to get people to open up, as you are doing now.

Right, but the point is that you reach the person’s essence so your article can be written from the right perspective. Naftali Moshe does the same thing. Sometimes a person will walk into his office and he can see that he’s talented and has hundreds of ideas, but then what? When he first met me, he guided me in the direction I should move. Creative people—and I’m sure this is the case for writers as well—often only want to do things that no one else has done, but most of the time that doesn’t work because the classic standbys work for a reason, and you can’t create a demand for a reinvented wheel. So you have to learn how to be creative within the limitation of what is already in demand.

I met Naftali Moshe when I was 19. Well, actually, I met him much earlier, because he was my counselor in Tzelemer Camp. He wanted to work with me then, but my father wouldn’t allow it. Then we reconnected after my wedding. People ask me how I’ve been able to get so far at such a young age, but the truth is that it took a lot of hard work. I spent a year and a half sending out tapes to people and got a long list of criticisms: you have a lisp, you sing too loudly, the music isn’t good. But when I finally met Naftali, he said, “This is where your koach lies, and this is what you have to do.” Most of my songs that became big hits were either arranged by him or at least had some level of his involvement. I give him a lot of credit for my career.

How old were you when you started writing songs?

I was nine years old when Naftali Moshe was my counselor, but I started writing songs when I was six or seven.

Looking back at your early compositions, do they still have value? 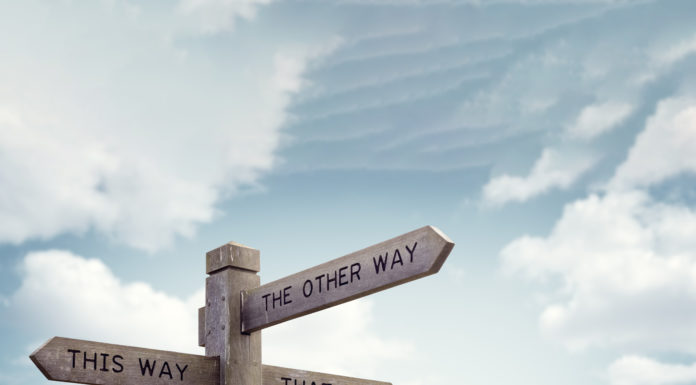 Uncle Moishy onstage and off // A heart-to-heart conversation with the...