With over 14 million listeners to his syndicated radio show The Mark Levin Show, which airs on over 300 stations, Mark Reed Levin (born September 21, 1957) is one of America’s preeminent conservative commentators. He is also the host of Life, Liberty & Levin on Fox News every Sunday between 10:00 and 11:00 p.m. Levin worked in the administration of President Ronald Reagan and was chief of staff for Attorney General Edwin Meese. He is the former president of the Landmark Legal Foundation, a New York Times best-selling author of seven books, and he contributes commentary to media outlets such as National Review Online. Since 2015, Levin has also been editor in chief of the Conservative Review.

It is always a challenge to interview someone who makes a living by interviewing others.
Imagine my position now, being the one who is being interviewed. There’s no reason to feel any pressure.

Then let me begin by asking you a rather direct question. Day in and day out, you made very articulate and passionate arguments for the reelection of Donald Trump. Are you disappointed that with all your millions of listeners, your voice wasn’t heard?
Well, Trump got almost 75 million votes—not because of me but because of him. I am only one of many voices. I can’t compete with NBC, ABC and CBS, and that’s not my goal anyway. If people want to listen, that’s great. If people want to embrace my ideas, that’s also great. That’s the best I can do. I don’t sit behind the microphone and say, “Wow, look at all the influence I have.” If I really had a lot of influence, do you think that Chuck Schumer would be a senator from New York? Would Pelosi be speaker of the House or Mitch McConnell the Republican Senate leader? These are three people against whom I have railed for a very long time. If I can influence ten, 20, 30 young people out there, and one of them becomes a great statesman one day, that’s a pretty good measuring stick.

Then how do you describe your feelings now that Trump has gone to Florida and there’s a new president in the Oval Office?
Well, it doesn’t feel great, I can tell you that much. I wasn’t originally a Donald Trump fan, but I quickly became one after the Republican primaries, and I’m glad I did. He did a number of tremendous things for America, which are unfortunately being reversed in some significant ways in the first few weeks of the Biden administration.
So yes, I am disappointed that Donald Trump lost and that Joe Biden won. And there are certain things I’m concerned about that if they aren’t changed, Republicans won’t win in the future. This has nothing to do with voting machines and so forth, and everything to do with our Constitution. That’s my focus.
When Pennsylvania, Georgia, Michigan and Wisconsin changed their voting laws in violation of Article II, Section 1, Clause 2 of the Constitution, which leaves it to the state legislatures to make such changes, that was concerning. Because if Donald Trump couldn’t win the presidency with almost 75 million votes, there is no Republican in the near term who is going to get those kinds of votes and win. The Democrats and their surrogates bragged to Time about all the surreptitious things they did in the lead-up to the election, including changing the laws in these states, and people who believe as I do need to wake up to it. Otherwise, the fix is in, and it’s going to be virtually impossible. It will be like California.

It seems as if it should take a bit more effort to undo the four years of Trump’s administration.
I agree, but there are two things going on, which is why it’s happening so rapidly. Number one, despite signing almost 50 executive orders—the most of any president in this truncated period of time—Joe Biden hasn’t taken the time to catch up on these issues since he’s been vice president. So he walks into office and starts not just reversing things but putting legislation in place by executive order, which in my view violates the Constitution, because that’s the job of Congress under Article I.
Number two, because he is driven by a fairly radical ideological agenda, the consequences of what he’s doing aren’t as important to him, such as putting thousands of Americans out of work by conveying citizenship on untold millions of illegal aliens. And there are other things, like eliminating the 1776 Commission and putting critical race theory in its stead and signing an executive order that destroys women’s sports. It’s all very aggressive and extremely damaging, and that’s only the first few weeks.
So do I miss Donald Trump? I miss him enormously. I consider him a friend, and I certainly miss his policies. 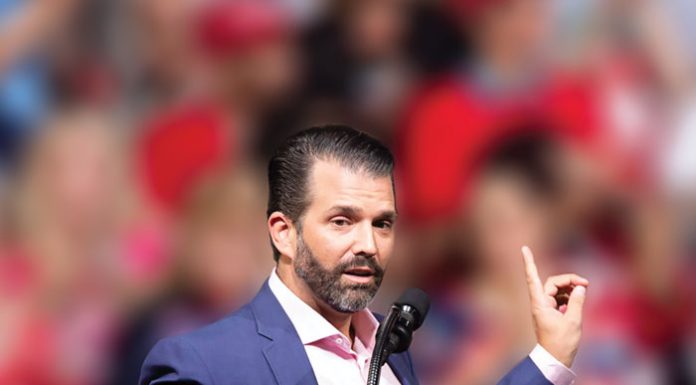