The State of Chelm. That’s the feeling among those who have been working day and night over the last few weeks to help Israeli citizens get home while the skies are kept closed by Prime Minister Netanyahu. The number of requests from people stuck outside the country is enormous, and the painful stories that have been streaming in just serve to increase the feeling of disappointment.

The decision to close the skies was draconian and went into effect almost immediately after it was announced without a proper warning period. Israel’s borders were closed within a day, leaving thousands stranded without a way home. This absurd decision came directly from Netanyahu, who claimed that it was necessary due to his concerns about COVID mutations coming in from other countries. But the real reason for the decision is the elections.

Netanyahu has focused on only one issue throughout his campaign—the vaccinations. All of the Likud’s campaign posters and videos look like an ad campaign for a hospital—they’re all about COVID and vaccinations without any mention of politics. As far as Netanyahu is concerned, the vaccines are solely due to him, and if they are successful in wiping out the virus he’ll be able to cash in on it. He has been telling everyone that Israel’s success in importing so much of the vaccine while other countries are experiencing major shortages is only due to his personal capabilities. In fact, one of the Likud campaign videos features teary-eyed people from around the world talking about how Netanyahu was able to acquire so many vaccines while vaccination in their own countries is moving very slowly.
It should be noted that vaccination has slowed down in Israel for the moment. The elderly people, who were offered the vaccine first, ran out to get it, but the younger people are less fearful of the dangers of COVID and aren’t in a rush to receive the vaccine. Netanyahu’s people have been coming up with creative ways to convince people to vaccinate. For example, new guidelines were announced that would allow the reopening of businesses, event halls and shuls for those who have been vaccinated. The government is also considering announcing that whoever doesn’t receive the vaccine now for free will be forced to pay for it when they receive it later on.

Another solution produced by the prime minister’s office was to include vaccination data in the criteria for considering cities red (full lockdown), yellow (reduced restrictions) or green (fully open) with regard to emerging from the lockdown, which forced the municipalities to launch their own vaccination campaigns. The most creative was that of Bnei Brak, which held a leil shishi vaccination clinic this past Thursday night at which challah and cholent were served. The campaign was far more successful than expected and was followed up by another clinic on Sunday, at which pizza was offered to those who came to be vaccinated.

But for Netanyahu, the greatest threat to the vaccine campaign—and by extension his chances of reelection—are the mutations. For example, last month when the British mutation began to spread in Israel, that issue overshadowed Israel’s success in vaccinating the most high-risk groups—the elderly and those with health problems. And, as previously mentioned, Netanyahu considers the only way to ensure that the vaccine campaign remains successful is by keeping the borders closed.

As explained last week, a committee was set up to review requests from Israeli citizens to return home, with flights being run through Frankfurt. The committee received many thousands of requests and collapsed under the weight. Furthermore, the antiquated system that they used for the submission of the requests couldn’t handle the load either, and many of the requests were deleted by the system. The problems with the system went even further: Those who were finally approved by the committee didn’t always receive their papers because they got lost, as well. 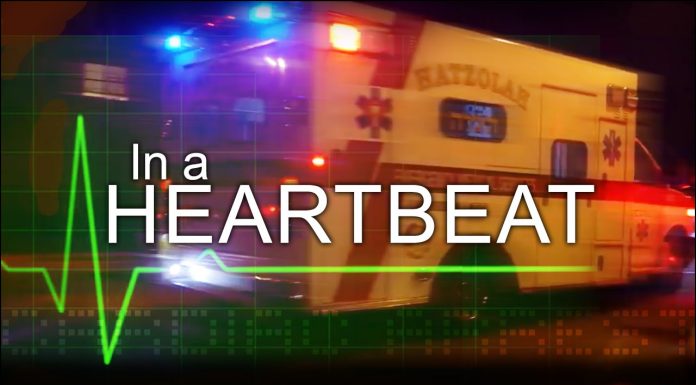 Talking Head Leads With Chin // Unintended praise for a possible...