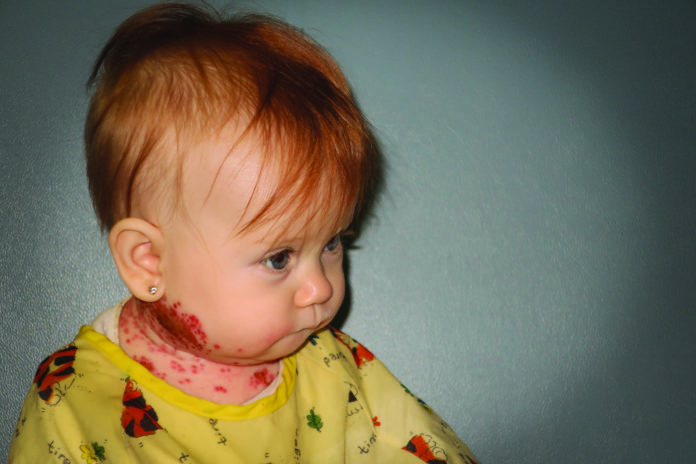 My baby Bruchy was only a few weeks old when a small rash appeared on the skin of her neck. It appeared to be very itchy. I tried various creams to ease her obvious discomfort, but none of them really helped. She was much too young to be able to control her neck movements, and the area under her chin was always sweaty. I was given a cortisone cream, but used it only two or three times because I felt uncomfortable, having heard how unhealthy cortisone was. At one point, I took her to an allergist. The tests he ran showed that she was allergic to milk, eggs and nuts. As I was nursing her exclusively I cut them out of my diet, but the only good thing that came out of that was that I lost a few pounds. While the rash sometimes got lighter, it never really went away. According to the doctor, it was a type of eczema that usually disappeared after the child was about a year old.
It seemed as if everyone I spoke to gave me different advice. Avoid milk, eggs, and nuts, so I did. I also changed the laundry detergent I was using to wash her clothes. When that didn’t help, I also tried different soaps and cleansers in her bath.

The rash always remained, even though it got lighter at times.

When Bruchy was eight months old, I noticed a little red pimple on her cheek, right next to her ear. This was not the place where she usually had her rash, which by now had almost faded away. This pimple didn’t look like a typical pimple, and it made me run to the pediatrician. He told me that it was probably nothing, and gave me a prescription for Bactroban, a topical antibiotic ointment that stops the growth of bacteria for certain skin infections. The ointment didn’t help, and the pimple stayed right where it was. Two days later I noticed a bump under my baby’s skin, right near the pimple. This made me nervous, so I went back to the doctor. This time there was another doctor on duty, who also said it was nothing but added that I should come back if it got any worse. Two days later it did look worse. I called the doctor to ask if it was possible that the baby was allergic to the Bactroban. “Maybe,” she replied, and suggested that I just stop using it. 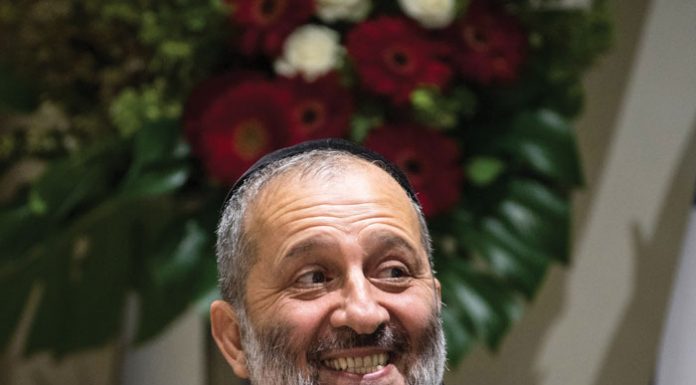