On September 21, 2020, Shloime Zionce and his wife Mushky, along with their two children, a four-year-old girl and eight-month-old baby boy, got into a car and set out on a 54-day road trip, spanning 9,709 miles, through 21 states in the US, as well as visits to Canada and Mexico. Find out how, and why, they went on this incredible journey.

How It All Began

Shloime: To be quite frank, my wife, Mushky, isn’t much of a car person. She usually tries not to be in a car for more than an hour at a time. I’d been floating the idea of a cross-country road trip for a couple of years, and each time I brought it up she’d roll her eyes and remind me that we have a young child and then two young children, and there was no way we could travel more than a couple of hours without losing our sanity. But we did it.

Now, why would a mother of two young kids get into a car with her offspring and crazy husband and drive almost 10,000 miles? I’m glad you asked.
Basically, it’s all the fault of the coronavirus. We were in Israel when the pandemic hit in March, and we took it very seriously. Our son had been born only a month before, and there wasn’t really any reliable information as to how dangerous the virus was. So we decided to be proactive and voluntarily quarantined ourselves. We pulled our daughter out of school even before the government decided to shut down the school system, and we basically didn’t leave the house for seven months.

Mushky: In the beginning it wasn’t so hard. Shloime had just returned from three back-to-back trips, so I guess you could say that his wanderlust had been satisfied for a while and he was enjoying the break. Everyone was saying that we needed two weeks to stop the spread of the virus, and I was sure that by April he’d be back in the air, flying around the world. But soon it became clear that that wasn’t going to happen. Israel imposed very restrictive lockdowns, and at one point around Pesach, you could be fined for stepping out your front door.

Shloime: I love being home and spending time with my family, but when you tell a guy who flies an average of 10,000 miles a month that he can’t go outside for some fresh air, it’s not an easy pill to swallow. Sometime during the first lockdown in Israel, I was doing some research on places to visit, and I learned about a park called Crater of Diamonds in Arkansas where anyone can mine diamonds. It’s a state park where people have been finding diamonds in the ground for hundreds of years. There’s a scientific reason for it, but I’ll leave that for another time. All you need to do is pay a few dollars, rent some tools, and you’re free to dig and sift through the dirt. If you find a diamond, it’s yours to keep. As a matter of fact, some of the largest diamonds ever found were discovered there.

So after reading this online, I casually mentioned it to Mushky, and she immediately said we had to go there. We decided to make it a priority the next time we’d be in America. Fast forward a few months, and in late August, after six months of strict COVID observance, we were all going crazy. Israel had opened up again for the summer, but I saw the writing on the wall. There was going to be another lockdown, and I just couldn’t do it again. It was becoming bad for my mental health. I told Mushky that we needed to get out of Israel ASAP. Our seven-month-old baby didn’t even have a passport yet, and US passports are very difficult to obtain at the moment, but we put our minds to it, and by some miracle, within ten days, we were on a plane from Israel to the United States. As soon as Rosh Hashanah was over, I rented an SUV and we got into the car and started our road trip on Tzom Gedalyah.

We didn’t really have a plan for exactly where we were going, but one of our major goals was to visit Crater of Diamonds State Park in Arkansas. There’s no airport near the park, so I suggested that we turn it into a road trip. Even though it would be a 20-hour drive from where we were staying in New Jersey, Mushky was incentivized to do it because she likes diamonds. In my head I was thinking that if we were already halfway across America, we might as well continue all the way to California, but I couldn’t say that, because I was afraid she’d never agree to that much driving, so I told her we’d take it one day at a time. 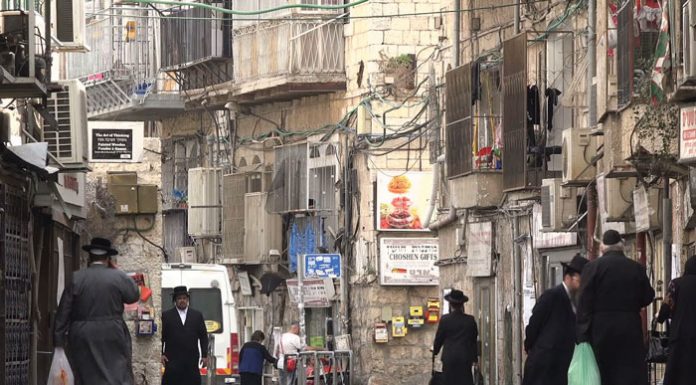