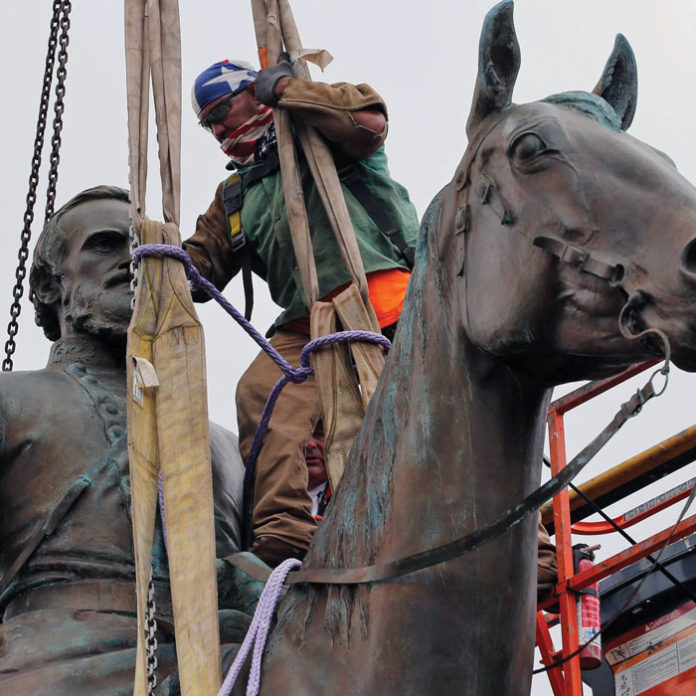 It surely wasn’t Fox News commentator Tucker Carlson’s intention to lead with his chin or to guide Joe Biden to choose a running mate sure to help him in his bid for the presidency. But he did both.

In two consecutive segments of his nightly program—the highest-rated cable news show in the US—the influential Fox host chose to attack Senator Tammy Duckworth (D-IL). What impelled him was the freshman senator’s response to an interviewer’s question about the removal of statues honoring Confederate leaders and slave-owners. Sen. Duckworth suggested that a “national conversation” was needed.

Not the most eloquent or substantive response, to be sure. But Mr. Carlson reacted to it rather strongly, calling Ms. Duckworth “a coward,” “a moron,” “a callous hack,” “a fraud,” “deeply silly,” and “unimpressive.” And by angrily asking, “How can you lead a country you despise?”

And, in case the conservative commentator’s feelings hadn’t been made entirely clear to viewers, helpful notes at the bottom of his screen explained in all-caps, among other declarations, that “IT IS NOW OKAY TO ATTACK OUR COUNTRY AND OUR IDEALS” and “HATING AMERICA IS A MAJOR THEME FOR DEMS RIGHT NOW.”

“You’re not supposed to criticize Tammy Duckworth in any way,” Mr. Carlson noted in the first segment, “because she once served in the military.”

That she did, and not as a cook. Following in the footsteps of her father, who served in World War II and the Vietnam War, and ancestors who served in every major American conflict since the Revolutionary War, Mrs. Duckworth was a combat soldier. In fact, a helicopter pilot, one who, in 2004, during the Iraq War, was co-piloting a Black Hawk that was hit by a rocket-propelled grenade and crashed. As a result, she lost both of her legs. Which fact Senator Duckworth pointedly alluded to in her tweeted response to Mr. Carlson’s insults and questioning of her patriotism: “Does Tucker Carlson want to walk a mile in my legs and then tell me whether or not I love America?”

And the senator-turned-bulldog didn’t let go of Mr. Carlson’s own leg then, either. In a subsequent op-ed in The New York Times, she noted, amid much else, that “insecure men who can’t tell the difference between true patriotism and hateful nationalism will never diminish my love for this country—or my willingness to sacrifice for it so they don’t have to.”

As to Mr. Carlson, seldom has a talking head’s chin led so heedlessly, nor offered a candidate he despises a good idea.

Mr. Biden is expected to make his choice of a running mate imminently. Back in March, he pledged to pick a woman as his vice-president. Many of his supporters have noted that a black woman would be an ideal nominee, in order to motivate black voters, an important Democratic base. Among the suggestions have been Senator Kamala Harris of California and Atlanta’s mayor, Keisha Lance Bottoms.

While Senator Duckworth may not be African-American, she can still be perceived, and promoted, as a candidate of color.

Because, while her late father was the soldier in whose footsteps she followed and her connection to earlier American military men, her mother is Asian-American, a Thai of Chinese descent, and that ethnicity is clearly evident on their daughter’s face.

And she is undoubtedly a woman, in fact the first congressperson to give birth while in office and the first, as a nursing mother, to bring an infant onto the Senate floor during a vote, pursuant to a change in Senate rules she shepherded to approval.

Limited attention had been paid to Tammy Duckworth before Mr. Carlson made her the target of his ire. Most people would not have had any reason to think that she was still, at least on the political battlefield, a fighter.

Most people, clearly, would have been wrong.

I’m not predicting whom Mr. Biden will anoint as his running mate. But Mr. Carlson, whatever his motivations, may well have pushed a compelling vice presidential choice onto the inside track. ●

Child in Hiding: Rebbetzin Shulamis Volpe shares how her mother’s love and parting words saved her during the holocaust