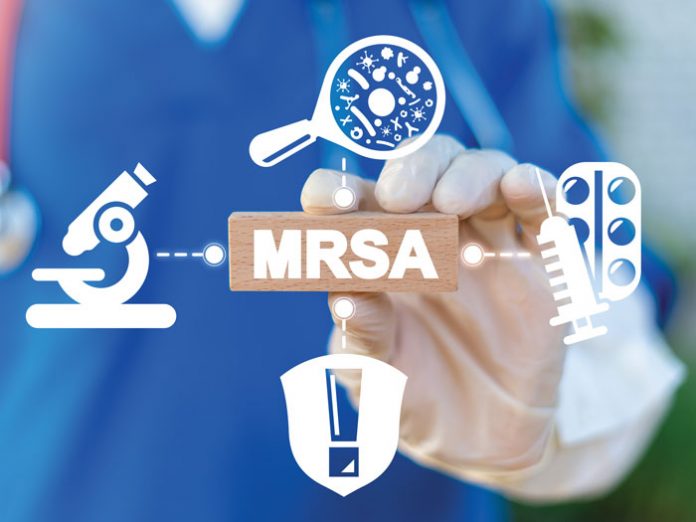 “He had a small infection on his elbow,” recalled Mrs. Wiseman, a young mother of two children who lives in Brooklyn. “It was treated with antibiotics and seemed to clear up, but it kept on coming back.”

Her son had turned three last year when what looked like a minor skin infection just wouldn’t go away. The toddler had a history of eczema, a common condition marked by inflamed, red and itchy areas of skin. As it isn’t unusual for infections to occur after a flareup of eczema, the boy’s doctors prescribed routine antibiotics. But the infections proved to be unusually persistent and stubborn.

“There were numerous infections all over his body,” his mother said. Within a short time, over 80 percent of the child’s skin was involved, making the infections very difficult to treat. “Each time we went, the doctors gave me a different antibiotic. Some of the infections would go away, but some only got worse. My child was really suffering. I couldn’t stop him from scratching, and he was hurting himself.”

Eventually, Mrs. Wiseman’s son was diagnosed with MRSA, short for Methicillin-resistant Staphylococcus aureus, a group of Gram-positive bacteria that are genetically distinct from other strains of Staphylococcus aureus and are resistant to many common antibiotics. And since only a limited number of antibiotics can treat MRSA, over-relying on them runs the risk of developing antibiotic resistance in patients. To minimize this risk, the family was taught how to drain their son’s infections rather than rely on drugs. But the particular strain of MRSA their son was suffering from seemed unusually relentless.

“The first line of defense was to apply topical ointments,” Mrs. Wiseman said, describing how she would spring into action at the first sign of a new infection. “I would apply it religiously, but no matter what I did it always came back. We were in a holding pattern for an entire year, putting on moisturizer and steroid creams every morning and night.” Eventually, her son’s doctor prescribed even stronger steroids, which helped with the eczema but didn’t eradicate the MRSA. “It was very stressful,” she remembers.

In the meantime, Mrs. Wiseman’s newborn baby was also suffering from eczema, putting him at risk for the same sort of persistent infections that were tormenting his older brother. They consulted specialists, but none of them were able to find the root cause of these persistent infections. The family finally met with a dermatologist who was affiliated with the New York University School of Medicine, who informed the Wisemans that they weren’t the first frum family he’d seen contending with this particular strain of antibiotic-resistant MRSA. In fact, for some time now, Orthodox Jews from Brooklyn had been showing up in his office with the same kind of infections.

MRSA infections are commonly spread in hospitals when patients pick up bacteria from other infected patients or come into contact with hospital equipment harboring the bug. Other forms of MRSA, however, are spread between otherwise healthy people, especially in tight-knit communities. These forms of MRSA are called “CA-MRSA,” short for community-associated MRSA. It seemed to the doctors at the New York University School of Medicine that they were seeing a new strain of CA-MRSA proliferating among the Orthodox Jewish community of Brooklyn.

“For the past few years, we’d been noticing Orthodox children coming in with MRSA skin infections, so we decided to conduct a formal study,” Dr. Jennifer Lighter, an assistant professor of pediatrics and hospital epidemiologist, explained to Ami Magazine.

When Dr. Lighter and her colleagues swabbed the noses of all children who visited NYU’s network of hospitals for any reason, they made a startling discovery: Frum children were twice as likely to be “colonized” with MRSA than those from the general population.