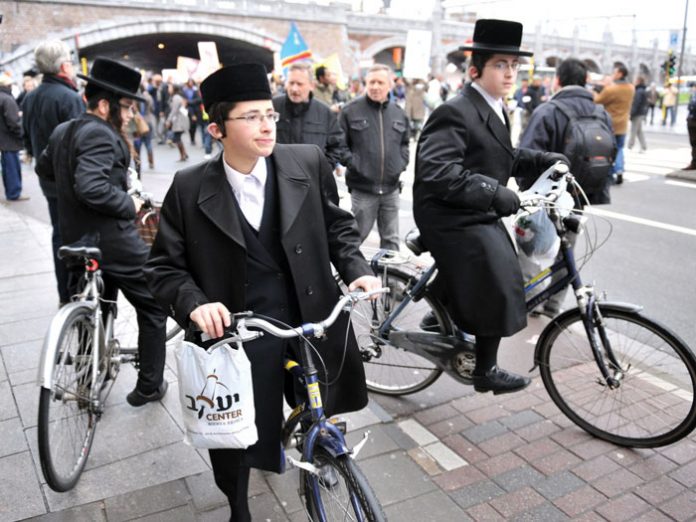 As it had done for years, on the first Saturday of September 2017, the city of Antwerp was celebrating its liberation from the Nazis with a gala military parade. According to tradition, the ceremony began near a prominent war memorial in Stadspark—commonly referred to as “Chulent Park” because of its location in a Jewish neighborhood—before marching off into town and beyond.

Former Londoners Yechezkel and Pearl Kahn lived in an apartment building directly across from the park. That Shabbos, right after their seudah, their 16-year-old son Yossi asked his mother if he could go outside to watch the parade. Pearl said yes. A moment later, her eight-year-old son Avi asked if he could join his older brother. Pearl, a cautious mother who doesn’t allow her children under the age of 12 to walk to school alone (there are certain neighborhoods in Antwerp that are dangerous, especially for religious Jews), said no. The parents then went to take their Shabbos rest.

A half hour later, the parade having moved on, Yossi returned home and mentioned to his mother that the front door of their building was open, which was unusual because the Yiddishe families who lived there were always careful to close it behind them. “Someone must have walked out,” he told his mother worriedly.

“Oh no!” she said. “It must have been Avi!” Her husband immediately jumped up and got dressed, putting on sneakers for what he feared might be a long afternoon. Pearl watched him running around the park from their upper-story window until he disappeared into the distance.

Their son’s disobedience was strange, as Avi was an angelic, respectful child who never flouted the rules. As they would later learn, he had mistaken his mother’s “no” for a “yes.”
When Yechezkel still hadn’t returned 30 minutes later, Pearl, who had stayed behind in the hope that Avi would saunter in at any moment, stopped pacing her apartment and walked over to two of his friends’ homes to see if he was there. One of the mothers suggested that she call Hatzalah, as by then he’d been gone for over an hour. When Pearl demurred, her friend insisted, “Well, if you don’t, then I will.”

The Search is On
At that, Pearl went across the street to the home of a Hatzalah member to share her plight. The man said that it was definitely an emergency, and they would begin searching for him immediately. Taking a recent photo of Avi from Pearl’s house, they asked her what he was wearing and messaged the information. Within minutes Hatzalah members in neon vests were combing the streets, assisted by Pearl’s two oldest sons. They also took note of Avi’s favorite locations and the addresses of his friends. In the meantime, Pearl’s 12-year-old was assigned the task of staying home and answering the telephone if it rang, as it was clearly a case of pikuach nefesh.

There was one more detail Pearl could offer: Avi loved music. He played several musical instruments, including the drums, and had even been in several bands. “When he’s playing the keyboard,” she told me, “he becomes so engrossed that I don’t even bother talking to him. I was afraid that he became entranced by the music and followed the parade on its route.”

Armed with this clue, Hatzalah contacted the police to find out in which direction the parade had turned on its way into town. Oddly, despite the fact that the procession was being tailed by police escorts on bikes, no one seemed to know.

A short time later Pearl’s husband Yechezkel returned home, sweating and panting from the exertion, but unfortunately empty-handed. Like any other mother, Pearl’s mind wandered to dark places; she was paralyzed with fear.

Hatzalah tried to reassure her that there were many good people in the world. “But there are many bad people too!” she blurted out, thinking of past stories she’d heard.

“It was agonizing,” she recounted, still emotional all these months later, “especially since I couldn’t use the phone, even just to share my fears with my family.”

Breaking News
Around two and a half hours after Avi disappeared, two police motorbikes pulled up in front of the Kahns’ building, asking the crowd of neighbors that had since congregated if they were looking for a boy named Avi.

“I froze,” Pearl recalled. “I didn’t want to hear what they had to say.”

“Two women from your community just found him near the Scheldt,” they informed them. “The child is fine, just a little thirsty. They said to tell you that they’re walking back with him, and they expect to be here in around 45 minutes.”

Antwerp is a port city located on Belgium’s Scheldt River, and the harbor is quite far from the Jewish neighborhood. In order to get there, Avi would have had to pass through two of the most notorious parts of Antwerp: the radical Islamist neighborhood of Carnotstraat, where a little Jewish boy wandering about alone would have been like the proverbial lone sheep among 70 wolves, and the city’s crime-ridden Chinatown, where even the boldest wouldn’t venture unless absolutely necessary.

The very idea made Avi’s parents shiver. How had their eight-year-old son ended up by the Scheldt? Worse, did something happen to him along the way? All they could do was hope.
They couldn’t have been more surprised when their beautiful little boy arrived home wreathed in smiles, flanked by two frum women, Rebbetzin Rifka Kohen and her sister Reisy, who happened to spot him. While it was clearly the Divine hand that had guided them to the distant, out-of-eruv location on a Shabbos afternoon, Rebbetzin Kohen herself admitted that they couldn’t truly comprehend what had led them there.

When I contacted Rebbetzin Kohen for her side of the story, her account moved me to tears. 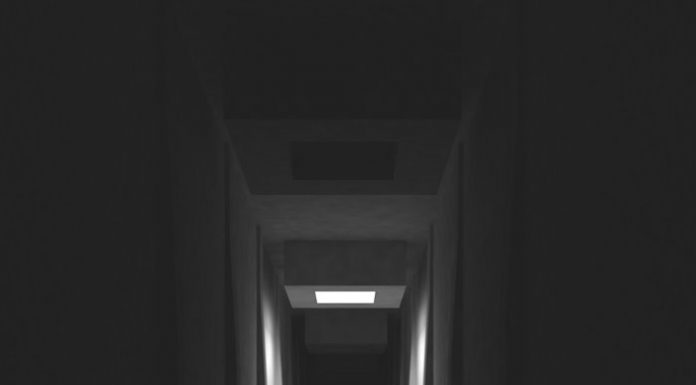