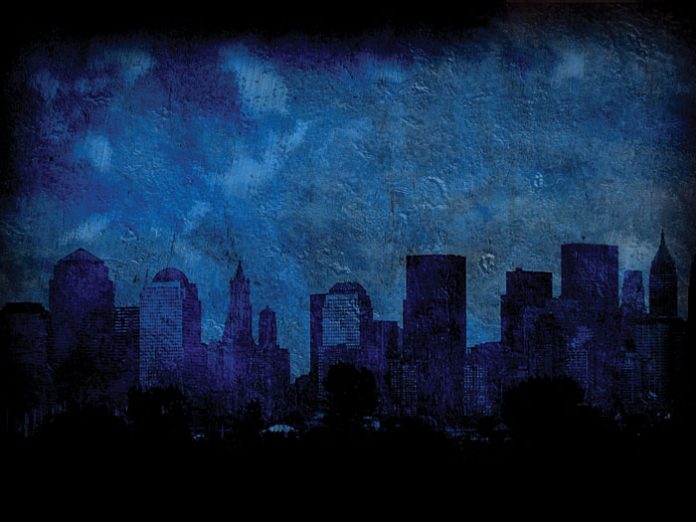 I don’t prepare for the storm. It doesn’t seem like it could happen. The sky is blue and the sun’s rays warm. It’s almost mid-March, the death of winter. The scent of spring hangs in the air like a promise.

“It was such pressure to get everything done today,” a friend says as we walk across the grass in bulky sweaters to pick up our children from playgroup.

“Ah. The storm.” I smile a little bit, seeing the memes in the back of my mind, of frantic faces and arms laden with grocery food beneath bolded captions about running out to get the bread and milk.

In the morning, I look out my window and laugh out loud. I wonder if the meteorologists did this on purpose. The joke is on you, frantic faces in the grocery store. There’s a thin layer of soft, filmy snow on the ground, some lazy flakes hovering about in the air. There is no good reason why the buses aren’t running and school is canceled.

Several hours later, I look out the window again and this time, the snow is higher. The winds pick up speed. The flakes grow thicker and fall faster.

Several hours after that, the lights go out.

I’m putting my daughter to sleep and her noise machine stops abruptly, leaving a harsh, eerie silence in her bedroom. Brief power outages are common in our area; they are nothing more than a pause. I wait patiently for the lights, the heat, my life to flick back on, but it doesn’t.

An hour later, the temps drop in the house. It’s dark and the kitchen is a mess and I scrub my dishes by the flickering, weak glow of a tea light. My husband scrounges around in the garage for leftover firewood and then attempts to drive to a neighbor to borrow some. He can’t even get down the driveway.

I run upstairs and cover my daughter in blankets. My husband finds some ratty sticks, throws them into the fireplace and I huddle in front of it.

We are not prepared. There are three water bottles to get us through the night. Seven tea lights. No flashlights. No battery-operated heat devices. Defrosting, soon-to-be rotting, chicken in the freezer. A load of laundry in the washing machine. A laptop with ten percent of battery life and two phones on the verge of death.

My husband goes out to the car to charge our phones while I curl in front of the fireplace. It sizzles and crackles. It smells like something forgotten in the oven, black and burning, ash. Alone with my thoughts in the dark, cold house, it’s no wonder my mind goes to dark, cold places. To storms. The kinds that come out of sunny, blue skies. I think of a dear neighbor who recently lost her sister. Another who lost a young child earlier in the year. A little further in the neighborhood, a friend whose husband just lost his third job in less than two months. Another who has not been blessed yet with children.

I see them and the storms in their lives that shine through their eyes, all the time, every day. Tears rise in my own eyes because it’s not fair, these storms that come out of clear, sunny skies.

It is hard to move past the darkness of my thoughts. I stare at the fire that rips through the logs, consuming them, and I wonder why in the process of creating heat and warmth, something has to be destroyed.

My husband joins me at the fire, and to distract myself, I tell him about the bright blackout of my childhood.

It happened in the summertime, on a balmy day in Toronto that was just like any other. The lights went out in the evening. Doors opened, neighbors poured into the streets. I remember the way we all marched along to the grocery store. There was free ice cream and fruit custard pie. There were handshakes and hugs and giggles. We sat on the porch, eating our melting ice-cream, watching it drip onto the pavement in the dark, dark streets under the glow of hundreds of visible stars. It was a fun night. We went to bed after midnight, in a hot, hot house, with windows open wide, listening to the hum of families talking to each other in the neat row of dark houses across from ours.

“It was summer,” I say, trying to explain. “It might have been dark, but there was heat.”
We fall into silence and I open my phone and scroll through messages.