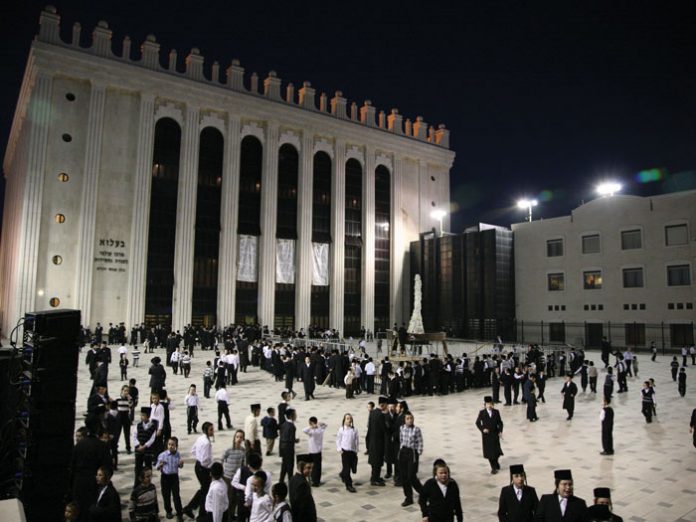 A Rebbetzin, one might think, earns her title because she is married to a Rebbe. The Belzer Rebbetzin, Rebbetzin Sara Rokeach, née Hager, a daughter and granddaughter of the Vizhnitz dynasty, who at the age of 19 married the sole heir to the Belz dynasty, has brought her own flavor to the court of Belz. Over the years she has become an iconic figure, and not just in Belz; her warmth, care and humble simplicity draws thousands of people from around the world to her abode. The Rebbetzin’s workload each day is one few career men or women can match; it is equivalent to that of a head of state.

During my childhood I did not have direct interaction with the Rebbetzin, but my mother, a”h, was a good friend of her mother, the Vizhnitzer Rebbetzin, Rebbetzin Leah Hager, a”h. My mother visited her home frequently and would often tell me about her daughters—the Rebbetzin and her sisters. I was pleased, therefore, to be invited to a Chol Hamoed Sukkos gathering, one that the Belzer Rebbetzin hosts for women living in chutz laaretz who have come to Eretz Yisrael for Yom Tov. This event takes place annually in one of the halls in the Belzer Beis Midrash in Yerushalayim.

On the appointed day, I queue behind women of all ages waiting to greet the Rebbetzin. She is seated at the head table, her head adorned with her trademark headgear, wearing a navy suit and unassuming jewelry. I observe as she addresses the women individually, giving each her undivided attention.

Nearby a girl sings melodies in a pure voice accompanied by a flute. In between the handshakes and greetings, the Rebbetzin tilts her ear towards the music, her face shining. I had heard that she loves music and encourages the seminary girls seated at her Shabbos table to sing.

“Of course I know who you are,” she says as she embraces me when I reach the end of the queue. “I loved your mother and felt so close to her. I am reminded of her words every Simchas Torah.” I am taken aback. My mother, Perl (Evi) Frenkel Freund Seidenfeld, passed away 48 years ago in 1970 at the age of 43. The Rebbetzin was a young married woman then. I want to know what she remembered, but with the long queue behind me, I hesitate to ask.

“Come to my house tomorrow evening,” she tells me as if reading my thoughts, “and I’ll tell you. And enjoy the party,” she concludes, before turning her attention to two bashful seminary girls. I step to the side and watch the girls’ shyness melt into smiles, like flowers unfolding, when greeted by the Rebbetzin’s benevolent gaze.

Once all the women are seated, the Rebbetzin stands up and the hall immediately falls silent.

“A gitten moed to all who are sitting here. From America,” she leans forward, her hands on the table, searching the crowd of faces smiling up to her, “from London, from Antwerp.” She seems familiar with each face in the room, pained at the thought that she might leave someone out. “Yes,” she calls out, “also Vienna, and, oh, Canada,” she points to a table at the end of the hall. “Hello,” she waves her hand, “to all of you, and yasher koach for coming. And please, I apologize if I forgot anyone.”

Although the women present hail from different parts of the world, as well as from different walks of life, each one’s face lights up at the warmth and simplicity of her message.
“You see all these women here,” my friend Chumi Hofsteter says, as she gestures her hand to those conversing around the tastefully adorned tables, each with a small vase of flowers on it. “She and she and she,” her index finger points randomly around the room, “Each woman here thinks she is extra special to the Rebbetzin, including me. This is the Rebbetzin’s unique strength.”

“True or not?” she asks the ladies seated at our table. They smile and nod vigorously. “True,” they say. “And, I bet,” she says, peering into my eyes, “that you think so too.”
“There are many rebbes,” a woman at my table says with unconcealed pride, “But a rebbetzin like ours does not exist.”

“My message to you is A, B, C, G,” the Rebbetzin continues—in English! “Emunah. Emunah begins with an alef,” she explains. “B is for bitachon, C is for simchah. And G? G is for geduld—patience. Geduld for parnasah and for shidduchim and for yeshuos to arrive.”
Laughter fills the room at the unexpected G. Each one of us recognizes that we are impatient and do expect a yeshuah to arrive on the spot.

“The Rebbetzin’s messages are always deceptively simple,” says Leah Fried, the Rebbetzin’s gabait, “ No fancy sentences, but always a heartfelt message we can take home with us and draw inspiration from.” 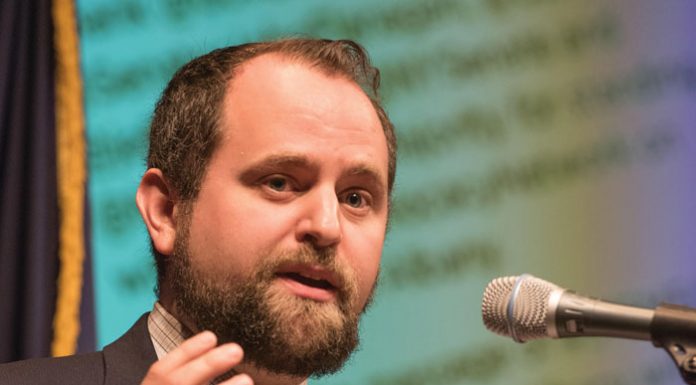