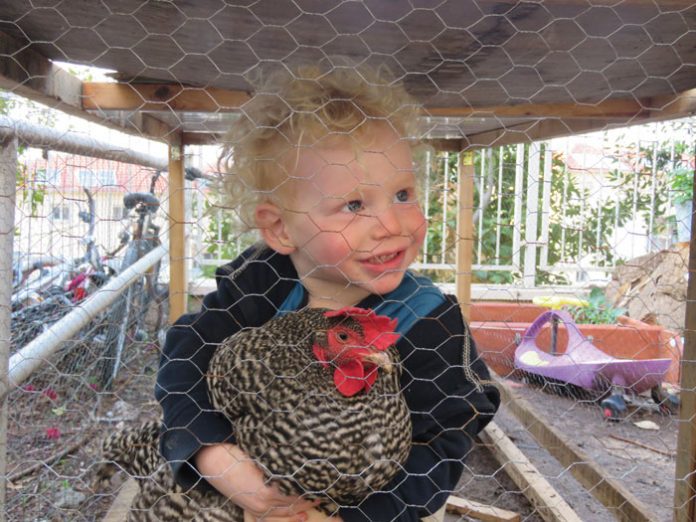 The first thing that strikes you about Naomi’s house is the garden. It’s not one of those sculpted, landscaped magazine gardens. This garden features an overturned…well, bookcase, recycled and reincarnated as a segmented vegetable patch that now overflows with a bounty of herbs, flanked by what I am about to discover is a large compost heap.
“Isn’t this garden just amazing?” says my new friend Naomi Elbinger in her Australian twang as she gives me a grand tour of her horticultural enclave. “Too bad you didn’t come a week ago—you could have seen the chickens we were chicken-sitting. They eat everything—eggshells, tea bags, even leftover Shabbos cholent! I don’t waste a thing. It’s wonderful!”

At this point you might be getting the impression that Naomi is one of those oatmealy nature lovers who sips homemade herbal tea as she feeds her chickens. That’s all true, of course, except for one additional detail: Naomi is actually an acclaimed entrepreneur who is known for her high-profile blog, MyParnasa. She has had a high-power, multifaceted career that has included translating for Israel’s Supreme Court, opening her own translating school and company, working as an assistant editor for The Jerusalem Post’s night desk, and most recently, founding Yes Potential, a company that builds and brands websites. She’s also a driving force behind the 1,000-perso- strong Temech Conference.
She’s confident and bright and full of energy, but for all the accomplishments in her professional life, it’s her love for the environment and the beauty of nature that really nurtures her soul. In the past year, this keen businesswoman has channeled her dynamic personality and talent into developing a pioneering Torah-based program called Leshomra, which teaches about agricultural and ecology and promotes environmental responsibility and love for Eretz Yisrael.

Before we launch into her story, Naomi picks a bouquet of fresh herbs, places them in her glass infuser, and adds boiling water, steeping the leaves to create a nutritious, uniquely flavored tea.

“This kind of tea, you savor it,” she says. “You grew it yourself so you’re connected to it. You don’t waste anything. Any part that you don’t use will go into the compost heap. I grow the herbs, pick the herbs, and make myself this tea—it’s beautiful.”

Naomi’s enthusiasm is contagious. She turns over the eclectic mix of organic ingredients in the compost heap. “This is amazing—it will nourish the soil. See this dirt? It used to be a carrot peel—isn’t that unbelievable? Hashem made this world so that there’s no garbage. Everything gets used and is then repurposed. That’s what this is about.”

She says that she feels she was born with a recycling bin in her back pocket. “I’ve always been passionate about the environment. My kids know that wherever we go, Mommy’s picking up trash. My husband has learned to share my love of camping and walks in the woods. When I was in Year 5 at Moriah College, a Jewish day school in Sydney, a teacher showed us a picture of a dead seal that had suffocated because it got stuck in the plastic packaging of a six-pack of soft drinks and was smothered to death. That was a defining moment in my life. I just couldn’t get the sight out of my head. Someone was at the beach having a great time, and they tossed away a six-pack holder. A very innocent act, but it caused something awful and ugly to happen in this world. That was my awakening, I would say.”

Although she considers herself “greener” than the average chareidi person, Naomi never felt she could bring about change except in her immediate family. In Neve Yaakov, where she lived for many years, and then in Ramat Beit Shemesh, she heard neighbors bemoaning the sad state of the streets of Israel, which were full of trash, but no one seemed to be doing anything about it. 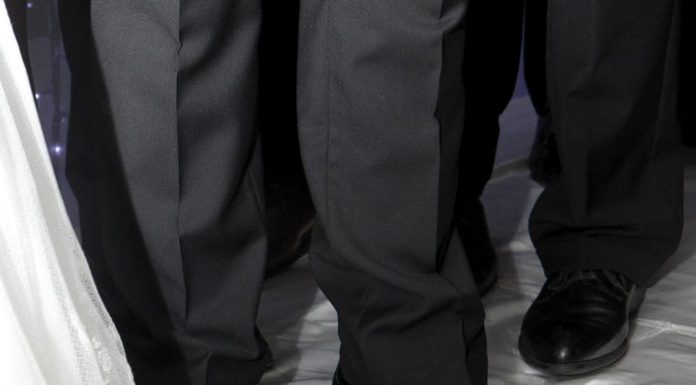 The Frenemy // They say to keep your friends close, and...