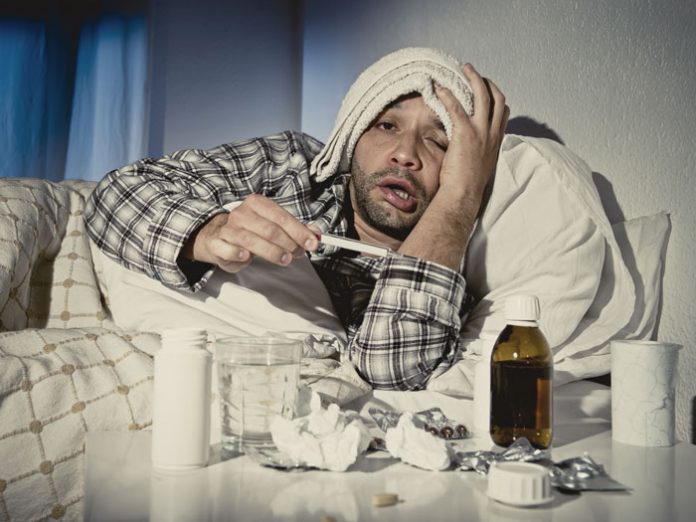 From the depths of the darkened, too warm sickroom, the patient coughs weakly, and then, summoning all of the strength that he has left, picks his head up ever so slightly from his pillows. He wants to look his beloved wife of 14 years in the eyes. A hush has fallen over the room. Somewhere, off in the distance, someone sobs.

“Please, give my bike to Yirmy,” the patient rasps. “And my cigars to Josh. Donate my sefarim to the yeshivah. Tell the kids…I love them…”

The patient pays his wife no heed. “It’s the end,” he whispers as his head sinks back into his pillows and his eyes close. “Goodbye, cruel world. I shall miss you.”

They say that during labor, the pain can be so intense that a woman can actually imagine what a man feels like when he has a cold. This is true and accurate information, I am assured by ten out of ten polled men. (Well, just the one man, but he is complaining enough for ten.)

For the uninitiated, the Man Flu, aka the Man Cold, aka any sort of mild illness that a man contracts is defined as:

1. A rare strain of the flu so severe that a single sneeze from the man flu/cold has been known to fell entire forests and destroy vast civilizations. It has often been compared to a cross between the bubonic plague and Ebola. This disease strikes only the males of our species, while the females tend to contract the man cold’s weak and totally-not-a-big-deal cousin known as “the girly-sniffles,” and therefore women are incapable of understanding the pain of a man suffering from the Man Flu. The Man Flu sadly has no known cure, but groaning and moaning and asking for soup on the hour has been known to soothe some of the more debilitating symptoms.

2. A condition experienced by most known males in which a mild illness such as the common cold is presented by the sufferer to his loved ones as excruciating and life-threatening. This is also known as “attention-seeking,” “pretty annoying,” and “if the flu doesn’t kill him, then I will.”

“Remember when I was sick?” says the wife to her husband, “and by the way I kind of still am, and you told me that pain is just weakness leaving the body?”

“But this is different,” her husband insists.

If the former exchange rings true to you, then listen to this, long-suffering wives! This just in: When having a cold finds you in the kitchen making dinner just like you do every night while your stricken husband is lying in bed beneath five blankets writing out a will, he might feel that his cold is worse than yours because it actually is. 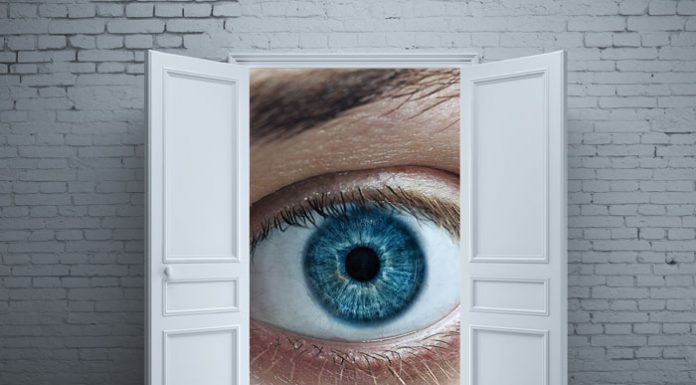 Are Our Mezuzos Kosher? // A New Debate Highlights an Old Problem

An Uncommon Cold // Who knew that a cold could be...