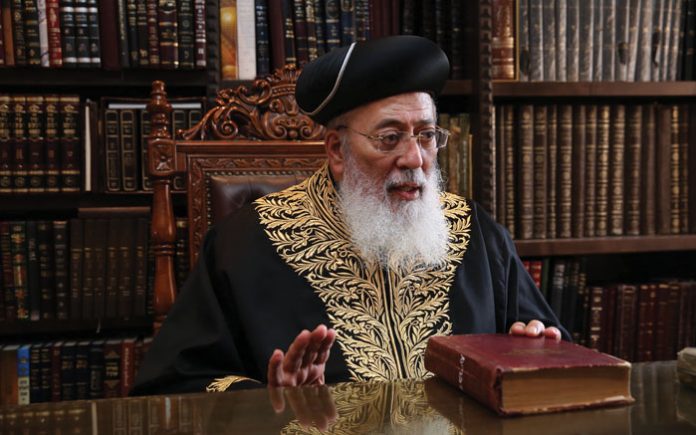 “The Kotel Hamaaravi is the last remnant of our Beit Hamikdash,” Rav Shlomo Moshe Amar, the Sephardic chief rabbi of Yerushalayim tells me during a recent visit to his home. “It is the place from where the Shechinah has never departed. It does not belong to the government or to any authority in the world, whether the United Nations, the United States or Israel. It is hekdesh of Hakadosh Baruch Hu. It is mamon gavoah, and no one has the right to meddle. It is a place of tefillah, which means that there are halachot and a masoret that govern how we should pray there. Women have always stood in the ezrat nashim during tefillah, and the men have stood in the ezrat Yisrael.

“In the Beit Hamikdash there were different areas: the ezrat kohanim, the ezrat Yisrael and the ezrat nashim. They even made a tikkun for Simchat Beit Hasho’eivah that each group should enter from a different side to ensure that there wasn’t any mixing. Now, because of our many sins, some people, primarily those belonging to the Reform Movement, are coming to be mechalleil the kedushah of this holy place because they want to do things that go against halachah and are contrary to the will of Hashem.”
Rav Amar is referring to the attempts being made by various groups to establish an egalitarian prayer space at the Kosel, something that was first negotiated by Natan Sharansky and now Attorney General Avichai Mendelblit on behalf of the Israeli government.

When the Kosel was captured by Israel in 1967 from Jordan, a mechitzah between men and women was erected. The standards for public prayer services were in accordance with halachah and Jewish religious tradition over the millennia. Those standards were respected by people of all affiliations and the Kosel plaza was a place of harmony. That is, until Judaism’s holiest site was transformed into a place of strife by a heterodox feminist group led by firebrand Reform activist Anat Hoffman, who has been relentless in her attempts to force a change to the status quo and import an American model of multi-denominational Judaism to Israel’s public spaces. As a step towards that end, she organized monthly protests in the guise of prayer services. Efforts by Israel to appease the reformers have only led to more strife and controversy, as well as to legal proceedings in Israel’s Supreme Court.

Gilad Kariv, the director of the Reform Movement in Israel, recently described Jerusalem’s Chief Rabbi Shlomo Amar as one of the key figures behind the campaign to annul the Kosel resolution as well as someone who has been responsible for a wave of incitement against “progressive” Jews. In truth, that is a huge compliment. Like his mentor Rav Ovadia Yosef, zt”l, with whom he was very close, Rav Amar doesn’t shy away from defending halachah and Yahadut. Rav Amar is equally forthcoming about his feelings about the Reform Movement in his conversation with me.

“The Reform intermarry. They have no Yom Kippur and no Shabbat, but suddenly they want prayer! Does anyone really believe that they want to pray?” he asks rhetorically. “All they want to do is desecrate that which is sacred. The Reform don’t care about the Kotel or about tefillah; they are simply trying to take control. That’s all they’re interested in, whereas all we care about is protecting the kedushah of this holy place. Anyone who wants to pray there is more than welcome. It doesn’t matter if he or she is Jewish or not. When Shlomo Hamelech built the Beit Hamikdash he prayed that Hashem should also accept the tefillot of the non-Jews who would come there, as it states, ‘Ki beiti beit tefillah l’chol haamim.’

“However, whoever comes to the Kotel has to behave according to the minhag hamakom. They can say whatever they want and make their requests of Hashem in any language they understand, but they have to preserve the sanctity of the place and stay either in the ezrat gevarim or ezrat nashim, whichever is appropriate. This applies to the Reform as well. They are more than welcome and no one will push them away, but they have to show respect and observe the proper boundaries. These are people who are constantly looking to tear things down. They marry off Jews to non-Jews and all of a sudden they supposedly care about the Kotel. All they are trying to do is destroy and wreak havoc, and we must fight against that with all our might.

“At the same time, we are mekareiv every Jew, including them, because they are also Jews. We are mitpalleil that Hashem should bring them back and they should do teshuvah. But giving them a sword to fight us or allowing them to defile the holy places is certainly not kiruv! We’re talking about a place that belongs to the tzibbur, and the kavod of the tzibbur must be maintained. All they want to do is cause machloket for its own sake with their provocations. They need to wake up and stop traveling on this path. They are acting in an incorrect and improper way. Even the non-Jews in whose lands we lived, including the Arabs, respected the sanctity of the synagogue. They always knew that there were separate places for men and for women. 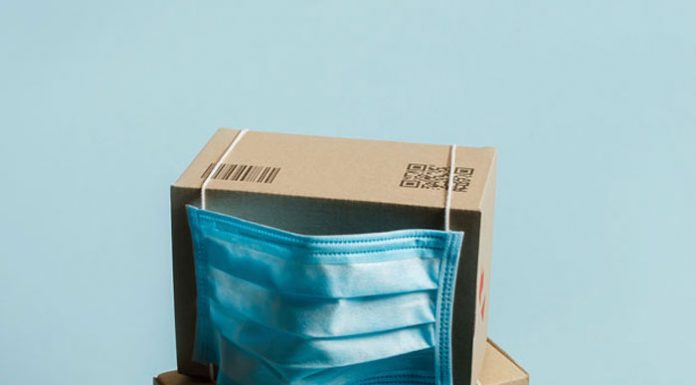 Can Benny Gantz Undo Netanyahu? // And what could that mean for the draft?

Why Wearing Tefillin Is Literally Good for the Heart // Exclusive...

My Friend Mr. Erdogan // A Turkish Jew discusses his long...