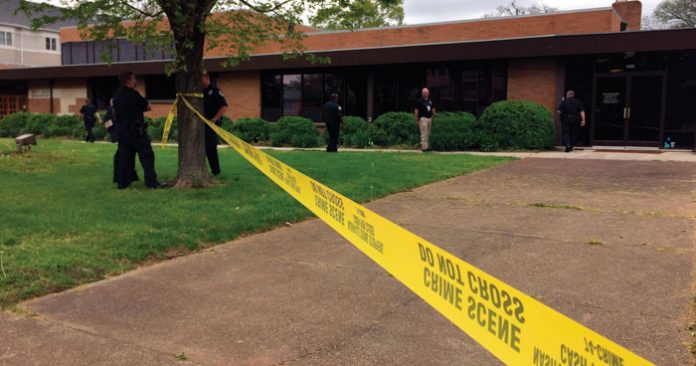 man was wearing a cap with NYPD markings on it. He had a police shield, mace and handcuffs, he said he was a police officer, and he was trying to enter the Young Israel of Woodmere.

But the security team at the front door sensed something odd about him. He walked inside the shul, but because something seemed wrong, they called him back out. When they asked him for his ID, the man left and drove away. Police later arrested him at his house on charges of impersonating a police officer. Court records later noted that he had two knives and claimed to have a gun as well.

The security officers who stopped him at the front door had kept him from coming in and doing who knows what. But those officers weren’t hired security guards; they were members of the Young Israel of Woodmere, taking charge of their own shul’s security. Had they not been part of the community and known that something seemed strange about the situation, they might very well have let him in.

Jewish community safety was likely as prominent in the minds of Jews everywhere this year as it has ever been, especially with a spate of threats made against Jewish community centers in the US, terror attacks in Europe, and the open marching of neo-Nazis in American streets. But sometimes US shuls and other places where Jews gather seem frighteningly unprotected. In many shuls, anyone from the outside can just stroll in.

In many European countries, shuls have official protection provided by the state, or they have private security guards. But in the US, while police will keep an eye on shuls during a time of high threat, official government security is generally not provided. And hiring private security guards is an expense that many communities or congregations simply can’t afford.

That’s why a trio of young Jewish men started the Community Security Service (CSS) organization in 2007, to try to give the American Jewish community a better way of protecting its gathering places.

In other countries, the Jewish community has had more organized security organizations. For example, the UK’s Community Service Trust has been an organized, separate not-for-profit group since 1994, preceded by the Board of Deputies’ Community Security Organisation, which has been in place since 1986.
But while American Jewish communities have formed organizations designed to provide security in Jewish neighborhoods, security for shuls and for communal meetings has been haphazard and often totally lacking. That’s what CSS, over time, hopes to correct.

Out in front
Jason Friedman was one of the first volunteers for CSS back in 2007, and for much of the organization’s life he worked for it in a volunteer capacity. He only recently left his job as an attorney for the City of New York to work full time as the executive director of CSS.

I met with Jason near his offices in Chelsea, in Manhattan, and he told me about the founding of the organization by David Dabscheck and Adam Sager. Dabscheck, now the CEO of consultancy GIANT Innovation, and Sager, the CEO of security company Canary and an IDF veteran, had been disturbed about lax security at shuls.

Dabscheck, who is originally from Australia, recruited Jason, and he pointed to the difference between the US and other countries in regard to this type of security.
“He explained to me that in other communities around the world, young people would volunteer to do security for the whole community,” Jason said, “and the US was unique in that this wasn’t in existence here. I had just traveled to Israel and saw how young people had a lot more responsibility in such matters than they do here.”

Jason, a reservist in the US Navy who served in Afghanistan, had a strong interest in counterterrorism and security, and he became the first volunteer. With a group of ten, they started providing security on the Upper West Side.

Since then, they’ve trained over 4,000 volunteers who provide security at dozens of shuls and at Jewish gatherings (for example, the annual Kinus Hashluchim dinner of Chabad) in the tri-state area, Massachusetts, Washington, DC, Pennsylvania, Maryland and California.

Jason told me that there are four elements in the total security picture. Response to security threats is provided by police and other first responders. Many Jewish communities have received help for infrastructure—for example, cameras and physical barriers—from the Department of Homeland Security. And a number of organizations are liaising with police and other law enforcement in order to transmit the needs of the Jewish community to them.
The fourth element, operations or “boots on the ground,” is where CSS fits in. 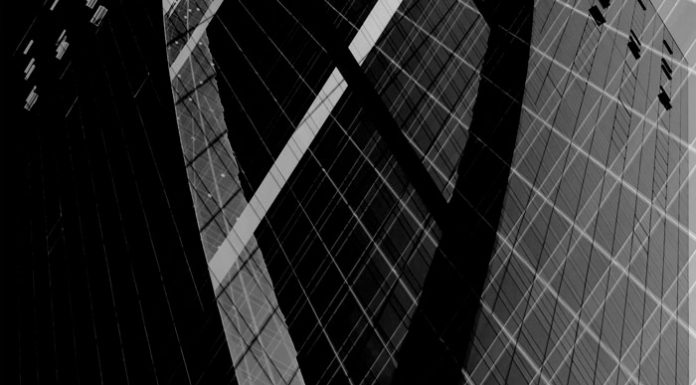 For the sake of the family: My son-in-law put us in a terrible position

Amid the Mountains of Slovenia // The greatest Torah scholars once called the city of Maribor home. A visit to its remaining Jews and...

Never Give Up! // A conversation with Rav Shalom Arush about...