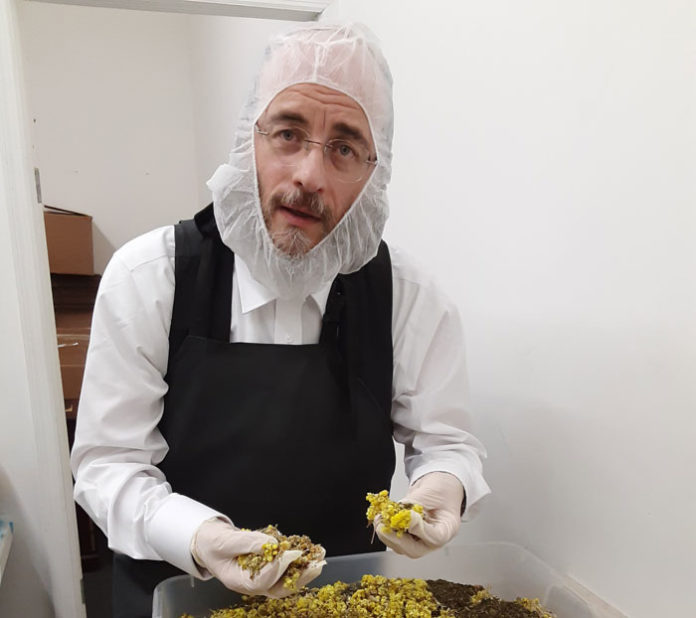 Shia Weinstock grew up watching his father suffer from diabetes-related ulcer wounds that wouldn’t heal. As an adult, he pushed against the norm and created a formula that, he says, “works even if you scoff at natural remedies.”

His childhood memories are of a happy home. Although his father had diabetes, was insulin-dependent, and underwent dialysis and a kidney transplant, his parents focused on what they loved in life; it’s why their children do, too.

“My father’s diabetes was treated conventionally, but it was still ravaging his body, so he turned to nutrition, vitamins and alternative options to help him. In those days in Brooklyn, we were unusual—the family that dabbled in alternative medicines.”

Diabetics often suffer loss of sensation due to nerve damage, which makes them very susceptible to bedsores and wounds. Additionally, for many diabetics, poor circulation and a weaker immune response interfere with the healing process. Weinstock remembers, “My father would get these sores from the lightest pressure, like if his shoe was tied too tightly. The doctors used conventional methods, which doesn’t involve proactive healing. They call it wet and dry dressing. It includes debridement to remove the infected or dead tissue and packing the area with dressings—but his wounds wouldn’t close. It got so bad that his bone was exposed.”

“I was in my 20s then, and I would dress my father’s wounds as per the doctor’s instructions, but whatever we did didn’t help. It got so bad that the doctors began telling us that my father’s leg would have to be amputated, but he passed away before that could happen.”

After his father’s passing, Mr. Weinstock became an EMT and joined Hatzalah. “At the same time I started researching alternative ways to help people with the ulcer-like wounds from which my father had suffered so terribly. Western medicine is effective in many areas, but when it comes to healing wounds, I had to find out what Eastern medicine had to offer. I already had a lot of knowledge about acupuncture; I knew that the Chinese had different methods of healing. I also knew a lot about herbs, because my father had tried them for himself. I started researching the powers of the plants. There are lots of herbal treatments out there, but a lot of it is fake. For example, there is a ‘natural’ cream for eczema and psoriasis, but it’s full of cortisone.

“I volunteered for a gemach that did wound dressing. I encountered stubborn wounds that wouldn’t close, which brought back the helplessness of watching my father suffer and fueled my determination to find new ways to heal and prevent sores from becoming infected and to generate healthy skin tissue.”

He explains why he ultimately went with herbs as opposed to other methods.
“I think that’s where my volunteer work came in, because I saw patients being treated with a herb cream that worked somewhat for cellulitis and burns, and that got me thinking that there must be something even better out there. After a year and a half of reading and discussing the subject with various herbalists, I learned which herb is good for the elasticity of the skin, which herb helps for regenerating tissue, and which herb has the same essential fatty acid as human skin. That got me thinking that if I could extract the power of this plant, mix it with that, soak it in something else…I would come up with something effective. I was basically just playing around. Looking back, it was definitely siyata dishmaya. I feel that I’m a shaliach to help people. It doesn’t make sense otherwise. I never dreamed that I would get involved in something like this. I was a rebbe, and this was never part of my vision for my path in life. I didn’t go to school for this, I didn’t dream of this; the only exposure I had was my father’s experience and his quest for alternatives.” 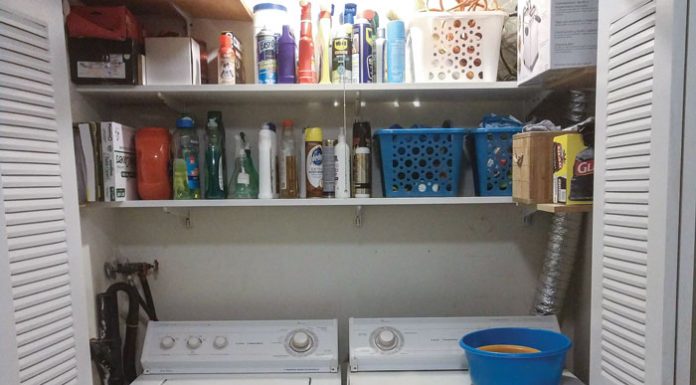