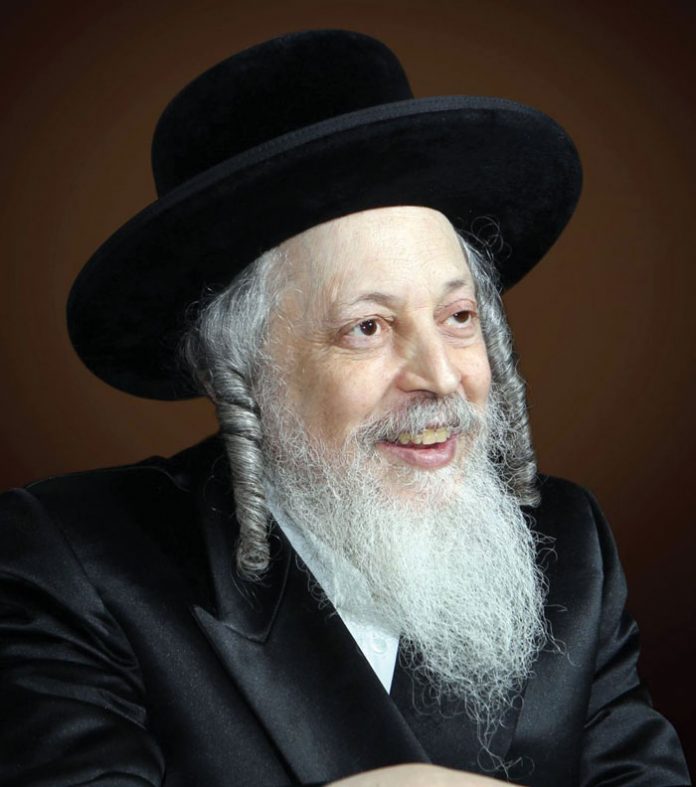 The Rebbe was a great gaon who was unique in his ability to relate to Jews of all ages, learning ability and background.

This was exemplified in an episode related to Ami by Dr. Baruch Schmidt, a now-retired surgeon at Sanz Medical Center–Laniado Hospital in Netanya.

“The first time I met the Zvhil-Sanzer Rebbe was when I was sent by the hospital on a mission to the United States. I did not know what to do about the insertion of ‘morid hageshem’ in the amidah while I was there. I asked the Zvhil-Sanzer Rebbe, who had been brought from Eretz Israel to lead the community in Union City, what to do. He said, without the slightest hint of condescension, ‘Let’s look it up.’ He took me to the bookshelf, reached up and picked out the relevant volume and sat down to study it with me. No doubt he could have easily answered my query without referring to the texts. But he turned it into a learning experience and gave me the feeling that my question wasn’t trivial. From the first time I met him I sensed that he was special.”

The Rebbe was born to the Zvhiller dynasty and was named after his great-grandfather, Rav Shlomo Goldman, zt”l, known endearingly as Rav Shlomke, who became the Rebbe of Zvhil in 1901. When the town of Zvhil in north-central Ukraine came under the Soviet hammer-and-sickle, Rav Shlomke realized that the future for Yiddishkeit there was bleak. In 1926 he left the Soviet Union and moved to Yerushalayim with his grandson, Rav Mordechai (Rav Motke). Ten years later, Rav Shlomke’s son, Rav Gedalya Moshe, was released from Siberia (after being punished for observing Torah and mitzvos) and joined his family in Yerushalayim.

Rav Shlomke was niftar in 1945 and was buried on Har Hazeisim. However, his son, Rav Gedalya Moshe, who was niftar in 1950, was buried in a cemetery that is adjacent to the present-day Supreme Court building because Har Hazeisim was inaccessible after the 1948 War of Independence. Throngs of Jews come to his gravesite for help, and usually daven there on consecutive Mondays, Thursdays and Mondays as an additional segulah.
The Zvhil-Sanzer Rebbe was born in Yerushalayim in 1947, the ninth child of Rav Motke. At the age of 17 his father sent him to study in the yeshivah established in Netanya by the Sanz-Klausenburger Rebbe, zt”l. Three years later, the Sanz-Klausenburger Rebbe, astounded by Rav Shlomo’s hasmadah and brilliance, took him as a son-in-law and appointed him as the rosh kollel. It was an especially joyous benchmark because the Sanz-Klausenburger Rebbe had lost his entire family in the Holocaust, including his wife and 11 children.

Before the wedding, the Sanz-Klausenburger Rebbe tasked the kallah with writing a book on chasidus—not exactly the type of activity a girl typically engages in when she is engaged to be married. The book would be used to introduce women to chasidus.
In 1969, Rav Shlomo was entrusted with a mission of his own: to head a kollel in the fledgling Sanz community that the Rebbe had founded four years earlier in Union City.
The young couple relocated there, and when his father-in-law was niftar in 1994, Rav Shlomo became the spiritual leader of the Union City community. Although not blessed with children, he raised thousands of talmidim who consider him their spiritual father. Indeed, many accompanied his aron from the United States and came from all over Eretz Yisrael to attend his levayah in Yerushalayim. 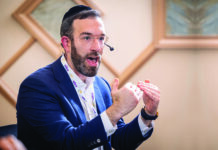 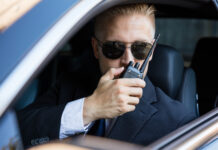 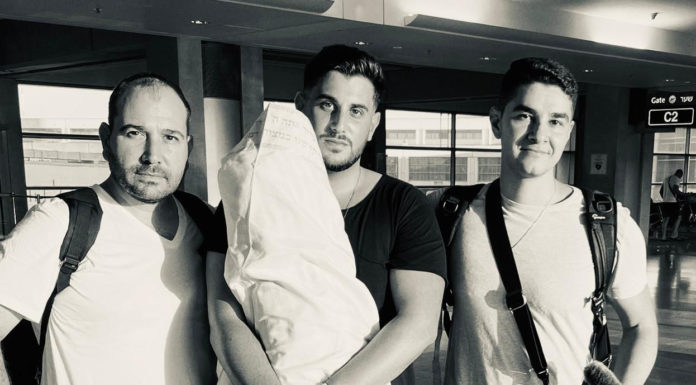 A Chasid Sends a Rocket To The Moon // …with the help of Lubavitcher chasid Alex Friedman, the system engineering manager of SpaceIL