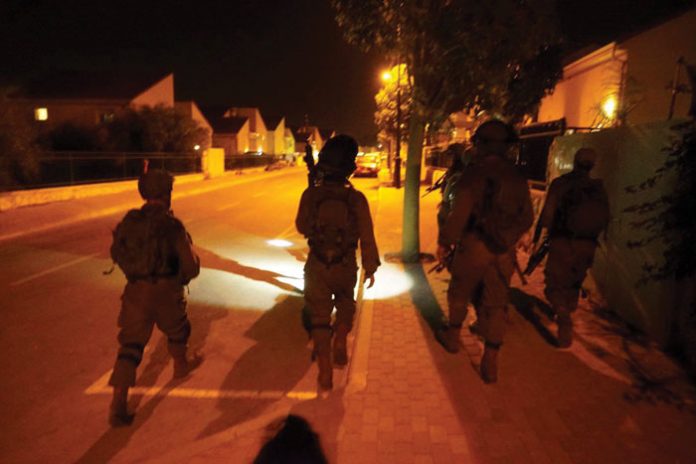 This past Friday night, a father and two of his grown children were stabbed to death in the West Bank community of Neve Tzuf, also known as Halamish, when a 19-year-old terrorist infiltrated the settlement to commit murder.

Yosef Salomon and his wife, Tovah, were that night planning to hold a shalom zachor in their home for a new grandchild, who was still in the hospital with his parents. With them were their daughter Chaya, who lived in Neve Tzuf, and their son Elad and his wife and their children, who lived in Elad and were visiting for Shabbos.

The terrorist, identified as Omar al-Abed, came from a nearby village. He reportedly wore a white shirt to blend in with members of the settlement. Victor Vaknin, the settlement’s security coordinator, told the Times of Israel: “He knew that Jews wear white shirts on Shabbat. So that even if someone saw him, they wouldn’t pay him any mind.”

In a Facebook post before the attack, al-Abed wrote that he was planning to die, and he mentioned the “closing” of the Al-Aqsa mosque as a motivation.

His entrance to the settlement, over a fence, set off a touch alarm, but a patrol that came to investigate found no evidence of any entrance. Because that area has been the site of false alarms caused by animals in the past, the patrol decided that this was also a false alarm.

Other news reports have claimed that the patrol was slow to check out the alarm, possibly giving the terrorist more time to escape detection.

The Salomons had scheduled the shalom zachor for 10 p.m., and when al-Abed knocked at their door a few minutes before that, they thought that a guest had arrived. Instead, he began stabbing them with a long knife as soon as the door was opened.

Elad Salomon fought the attacker as his wife, Michal, escaped to another room with children and locked the door. At the funeral, she said: “On Friday night we signed onto an unwritten agreement. You saw me run upstairs with the children to protect them and you fought with the terrorist so he wouldn’t harm us. I stood by my part of the bargain and so did you and you paid with your life.”

The bloodshed was brought to an end by a neighbor who heard the commotion. Rachel Maoz, whose son, a member of an elite IDF unit, shot the terrorist, told Ami about the course of events.

“We heard sounds from outside. It wasn’t so clear what they were. My son ran upstairs to hear more clearly, and once there he understood that there was shouting, screaming, coming from the neighbor’s house,” she said.

Her husband ran out of the house to investigate. “My son said, ‘Don’t go without a gun!’” she said, and he, in turn, ran to the family’s gun safe.

After her son had taken out his weapon, he ran outside and across the path to the Salomon’s home. “He jumped up on the wall and saw the terrorist through the window. He shot one shot through the window and hit him in the stomach,” she said. The terrorist fell to the floor, and her husband (who had retrieved his own gun after ascertaining that there was a terrorist attack) and her son entered the house, while Mrs. Maoz called the police. 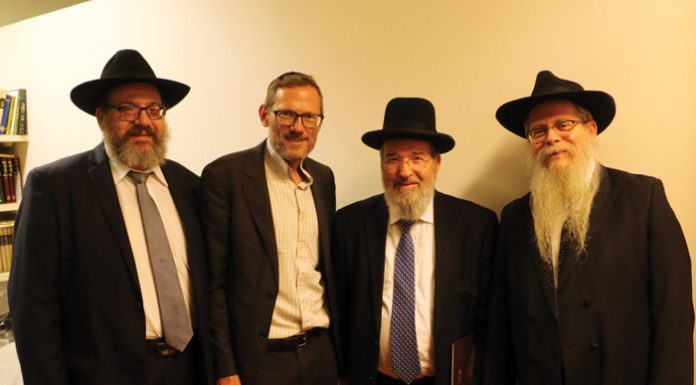