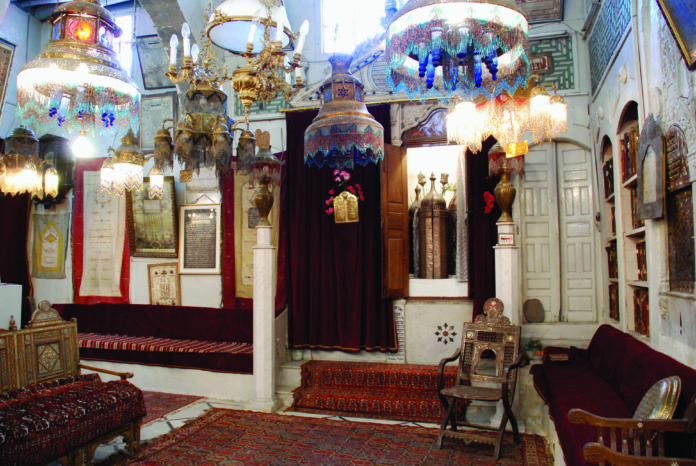 A  young reporter was doing a dangerous job, at a dangerous time, in a dangerous place. In an attempt to control the media accounts of the civil war that was tearing up his country, Col. Muammar Gaddafi had allowed a number of Western journalists into Libya. The journalists were stationed in the Rixos Hotel in Tripoli. They weren’t allowed to travel freely, and their communication was monitored and restricted. However, e-mails were still getting past the government censors.

The reporter was interested in Jewish sites in Tripoli; all of them had become inaccessible to world Jewry since the last Jew had been forced out of Libya nearly a decade earlier. She searched for resources online and found Diarna, the key project of Digital Heritage Mapping.

Diarna, which means “our homes” in Judeo-Arabic, identifies and maps Jewish sites and structures around the world and preserves the history of the communities that no longer exist—making them accessible in an online museum that includes a digital database plotted onto Google Earth, a multi-media collection of archival and contemporary photos and renderings including 360 panoramas and 3D models, virtual tours, interactive presentations, research documents, and oral histories.

In the lobby of the hotel, surrounded by Gaddafi’s minders, the reporter made a Skype call to Jason Guberman, co-founder of Diarna, and asked for help identifying what remained of the Jewish community in Tripoli. She offered to document what she discovered. Her only condition was that she remain anonymous.

Jason emailed her a map of Tripoli’s old Jewish quarter, the Hara Kabira (literally, Big Quarter). He told her he was particularly interested in the Dar Bishi Synagogue. In the early 1900s, there were 44 shuls in Tripoli. In 1969, when Gaddafi took control of Libya, he annulled all debts owed to Jews and seized all Jewish properties. By 2011, as the opposition movement fought to oust Gaddafi, the Dar Bishi, the most ornate shul in the city, was the only shul left.

The reporter slipped out of the hotel and followed the map to the Dar Bishi. The entrance was blocked by concrete. She found her way in through a hole in the back wall and photographed the crumbling filth-strewn interior. When Gadaffi’s minders caught up with her, they confiscated her camera. However, it was a decoy. She’d taken the photos on her cell phone. A few weeks later, when she was safely out of Libya, she sent the photos to Diarna.

Even in its state of ruin, the Dar Bishi Synagogue is breathtaking. On its exterior walls, columns topped by embossed corbels flank the entryway, reaching to windows in arches of stone. At its highest point, a Magen David is set against the sky. Inside, the shul is lined with pillars and exquisite moldings in peach and ivory. In the front of the shul, stone steps lead to a wide platform and the built-in aron kodesh. The outline of the letters of Shema Yisrael are visible above the aron kodesh, and decorative stonework draws the eye and the heart upwards, to the dome with inlaid windows that still pour light into the shul.

Jason Guberman and his team at Diarna used the reporter’s photographs to create a model of the Dar Bishi Synagogue as it would look if it were restored to its former grandeur. Visitors to Diarna online can tour the narrated digital reconstruction and see the shul and its congregants as they were, long ago, in the vibrant community in Tripoli.

Dr. David Gerbi, who was exiled from Libya with his family when he was 12 years old, returned to the Dar Bishi after Gaddafi was killed, and re-opened it to daven—on his own—as he was the only Jew there. On Yom Kippur, 2011, hundreds of protesters gathered bearing signs, “There is no place for the Jews in Libya,” and Dr. Gerbi was forced out of the country for the second time.

Today, satellite imagery shows that the building is still standing. It is being converted into an Islamic center.

When Jason was a young boy, his family drove by a shul in Bridgeport, Connecticut, and his parents pointed out that his Bubby and Zaidy Guberman had gotten married there in 1959. Jason says, “I saw that it had been turned into a church. It bothered me. Unless you knew what to look for, you’d never know it was once a shul.” This was the first ember of what would become his passion: preserving Jewish sites before they’re erased or forgotten.

Anti-Semitism is a shadowy backdrop in Jason’s family history. His great-grandfather had emigrated to the United States after surviving the Kishinev pogrom of 1903. Jason has early memories of meeting him at the Hebrew Home facility in Riverdale.

His great-grandmother, Dora, was one of 13 children born in a village in Poland to an Orthodox family. When she was a teenager, her family sent her to the United States, where she married Joseph Rochlin. When Hitler rose to power, Joseph tried to bring his wife’s family to the United States, but his efforts were unsuccessful. The last message Dora got from her parents was written on a napkin and smuggled out of Poland. Her parents and all 12 of her siblings were murdered in the Holocaust.

In the 1940s, when Jason’s Bubby Sylvia was a student in Hebrew school, she was expelled for being a trouble-maker and for asking provocative and rebellious religious questions. Her mother, Dora, said to her, “I’ll have my revenge. One of your children or your grandchildren will end up frum like me.”

Jason’s mother and her brothers grew up in Stratford, Connecticut. When they passed their next-door neighbor on their way to school, he would give the Sieg Heil Nazi salute. Jason says, “He was a sergeant on the police force. Who could we complain to?”

Jason grew up in his grandparents’ home in Stratford. He used to joke that they were the original Jewish settlers in Stratford. Later, he discovered that Stratford has Sephardic roots dating back to the oldest congregation in America. In 1654, Spanish and Portuguese Jews founded America’s first shul, Shearith Israel, in New York. During the Revolutionary War, the congregation and the sifrei Torah were briefly relocated to Stratford.

His family was strong in their Jewish identity, less so in their practice. He was the only Jew in his public school until his brother joined him two years later. “I was just a kid,” he says, “But I was aware that I had to give the non-Jews around me a good impression of what a Jew is.”

When Jason was in second grade, he was asked to give a presentation on Passover. Already then, he did things well or not at all. “In order to explain Passover, I felt that I needed to observe it. I read whatever I could. I brought in matzah and gave it out.”

Jason remembers the KKK distributing flyers outside his middle school. When he was a freshman in high school, the cover of the senior yearbook featured students giving the Nazi salute. He says, “One of those kids was in my class. He was a skinhead, with black boots and red laces. I walked past him every day.”

His bubby, Sylvia Rocklin-Guberman, was known as a social activist; She wasn’t the type to back down. She brought the yearbook to the attention of a reporter, and the story of the Sieg Heil on the cover was reported in The New York Times.

As Jason grew, his commitment to his Jewish roots deepened. He says, “I fasted on Yom Kippur years before I was old enough to be obligated to do that; I just felt that I should. When I turned 13, I had a party, but I wasn’t called up to the Torah because I insisted that I must first understand what it means to be a bar mitzvah.”

The circle closed when Jason was in high school. He taught himself Hebrew and began to keep Shabbos and kashrus. His bubby cooked kosher food just for him. Stratford’s mayor, Laura Hoydick, also spent a great deal of time at Bubby Sylvia’s home when she was growing up. Twice, in the last few years, Jason has joined her to recite the brachos at the public menorah-lighting ceremony at City Hall on Chanukah.

Jason was awarded a fellowship at the Intercollegiate Studies Institute (ISI) during college. Recently, he received the following email: I doubt you will remember me…we were at the ISI honors fellows retreat in Quebec many years ago…I wasn’t observant at the time, but I remember how careful you were with halachah…I’m now Torah observant for several years and wanted to thank you for being a major kiddush Hashem I met along the way to where I am now…

Jason majored in political theory, history, and Middle East studies. The textbook of his Middle East politics course summed up all of Jewish life outside of Israel in a single paragraph.

“For 2,500 years, the heartland of Jewish history was in the Middle East and North Africa,” Jason says. “Now the physical remnants are decaying or being destroyed, and the stories are fading from memory.”

In the summer of 2008, after he graduated from college, Jason worked with Wellesley College’s Professor Frances Malino to launch Diarna. He was 20 years old.

Jason says, “I feel like I’ve been preparing for this all my life. No matter where we were born, our roots, going back to Avraham Avinu, are in the Middle East. Today, we have the Jordanian Waqf claiming there’s no Jewish history in Jerusalem—and there are a million Jews living there. So what if they come along and say, for example, that a place like Beirut has no Jewish history? Who will refute them? We will. By gathering data. In this case, we’d say there’s a shul in Beirut called Magen Avraham. It was restored with the ‘hechsher’ of Hezbollah as a tourist attraction, though there aren’t any Jews living there, except, perhaps, a few elderly women. And, we have photos of it and of many others like it.”

Many of the hidden gems uncovered by Diarna pre-date the advent of Islam, such as Jewish fortresses in Khaybar, which was the largest Jewish settlement in Saudi Arabia. The Jews of Khaybar built them for protection.

Today, Khaybar is the name of an Iranian-designed assault rifle. It is also the Arabic name for the long-range rocket Hezbollah fired on Israel in 2006. Islamists chant “Khaybar Khaybar, ya yahud, Jaish Muhammad, sa yahud,” meaning, “Jews, remember Khaybar, the army of Muhammad is returning.”

Jason stresses that Diarna focuses on history, not politics. “We present what was there, and allow people to draw their own conclusions.” 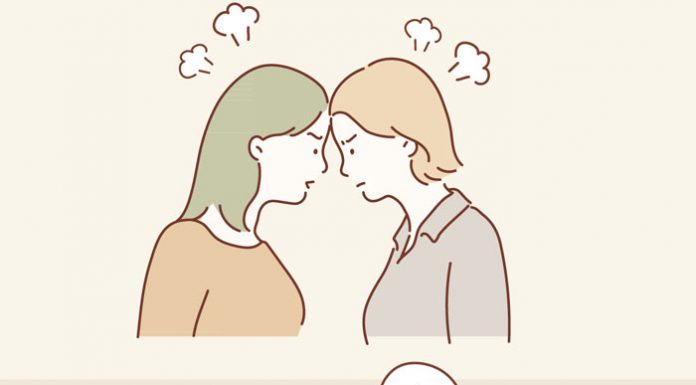 Is This the Baal Shem Tov’s Sefer Torah? // A mysterious...