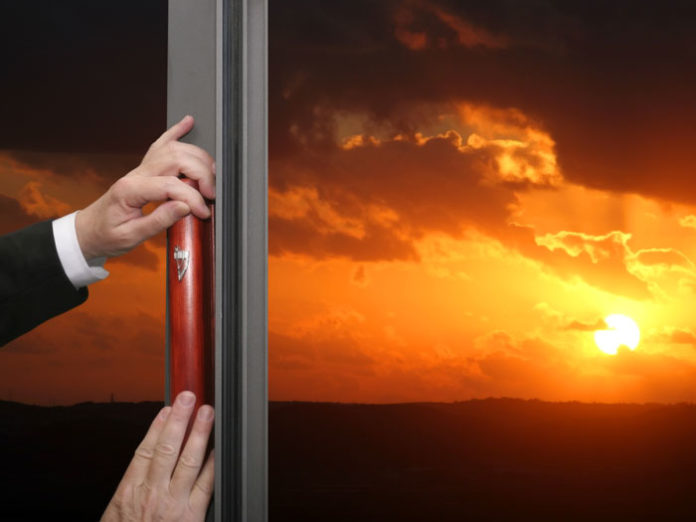 One night eight years ago, Shloimi was asleep in bed. It was almost dawn, and he was just beginning to wake up when he heard a man’s voice say to him, very clearly, “Tell Yossi to check his mezuzos.”

Bleary-eyed, he looked around the room. There was definitely no one there, but he heard the voice again. “Tell Friedman to check his mezuzos!”

Shloimi was more than a little spooked. He was not prone to supernatural dreams, and certainly not to hearing voices. But more than that, he knew exactly who had spoken to him. Yossi Friedman was a friend. Shloimi had spent two years on a SEED program in the Midwest, and he recognized the voice as a community member he had met there. It was Yossi Friedman’s father-in-law.

Except that Yossi Friedman’s father-in-law had passed away several years earlier.
Shloimi tried to go about his day as usual. It seemed ridiculous to bother Yossi over what was probably a hallucination. He did, however, have a chavrusa that evening with one of his rebbeim, a man whose counsel he deeply respected, so he took the opportunity to ask him for advice.

“What do I do?” he asked. “As I was waking up this morning, I heard a voice ordering me to tell Yossi Friedman to check his mezuzos. It sounded just like his father-in-law. I don’t know if I’m supposed to take it seriously…should I? What if it was just my imagination?”

“You have to tell him,” his rebbe said. “His father-in-law comes to you in a dream with a message for his son-in-law, and you want to ignore it?”

So the next morning Shloimi dutifully approached Yossi. “I had a strange experience yesterday. As I was waking up, I heard the voice of your father-in-law telling me to tell you to check your mezuzos.”

Seven Days with Penicillin // A Tribute to Monsey’s beloved pediatrician...