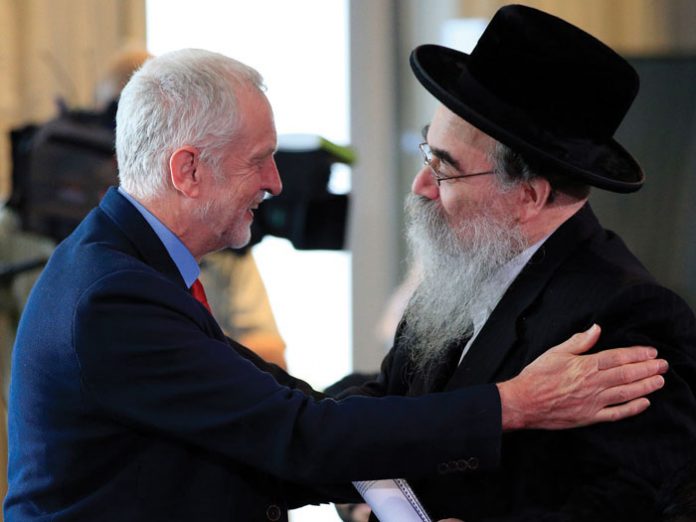 Rabbi Avrohom Pinter is a highly respected veteran askan in the United Kingdom. A resident of London’s Stamford Hill neighborhood, he is the principal of the Yesodey HaTorah school network and a member of numerous organizations and institutions, as well as one of the chairmen of the Union of Orthodox Hebrew Congregations, an umbrella organization of chareidi groups in London. As a longtime senior member of the Labour Party, Rabbi Pinter has been known to consider himself close to its chairman, Jeremy Corbyn.

The candidate currently running for Parliament to represent the Hackney district, in which Stamford Hill is located, is a woman named Diane Abbot, a senior Labour figure who serves as the party’s shadow security minister.

“I’ve had a long-standing relationship with Abbott, and I am very sad that things have come to this. There are many important issues in the day-to-day life of the chareidi community that need to be taken into consideration, but with the issue of anti-Semitism having become such a central issue, I have to consider not supporting Labour.”

Shmuel Segal, a young chareidi financier from Golders Green, is less conflicted about whom to support. On Sundays, he dedicates himself to helping his district’s Conservative Party candidate, Michael Freer, and goes door-to-door with the party’s blue flyers. “There’s a big concern that Corbyn will come to power. This is a man who hates Israel and hates the people of Israel. If he wins, the Jews will have to leave the UK.”

Herman Berger is a retired resident of the same neighborhood. He sees parallels between the current situation and the events of his own life. “There is currently an atmosphere of tension and great concern that Corbyn will take power, and if he does, that this will no longer be the country we once knew. I am a Yekke, my parents having fled Germany during the horrific Nazi years. Today, we British Jews are like the Jews of Germany on the eve of Hitler’s rise to power. We must prevent it from happening at all costs and not be complacent.” Mr. Berger’s words may sound very dramatic, but he is not the only one who feels this way. Many Jews in the UK have the same real fear.
Other rabbanim and Jewish leaders talk openly about these concerns. On the streets of London and Manchester, you can see quite a few Jews who were never involved in politics before but are now actively campaigning to persuade voters. And a visitor to the election headquarters of Conservative candidates will likely see kippah-wearing Jewish volunteers working to defeat Corbyn.

According to recent polls, close to 50% of British Jews would consider leaving the country if Corbyn came to power. Breaking precedent, Rabbi Ephraim Mirvis, the chief rabbi of the United Kingdom, interposed himself into the political debate and urged the British public not to vote for Corbyn. All of this activity has put Labour’s anti-Semitism on the national political agenda, at a time when there has also been a sharp increase in anti-Semitic incidents.

Gideon Falter, chairman of the London-based Campaign Against Anti-Semitism, is convinced that there is a direct connection between what’s going on in British politics and the rise in bias attacks. “There’s been a surge of incidents against Jews on the streets and on social media,” he says. “This causes Jews to fear that they no longer have a place in the country that has been their home for decades. That is why they are actually considering whether or not to stay here.”

“It’s not as if is Corbyn has a plan against the Jews,” says Jacob Grumman of Manchester. “Some compare Corbyn to Hitler because of his hatred of Jews. That’s an exaggeration, but the point is that his attitude is well known, and some of his public statements allow anti-Semitism to flourish. His silence on the rise of anti-Semitism also speaks louder than words. What has happened within the Labour Party can also happen throughout the whole country if Corbyn comes to power. We’ll be unprotected.” 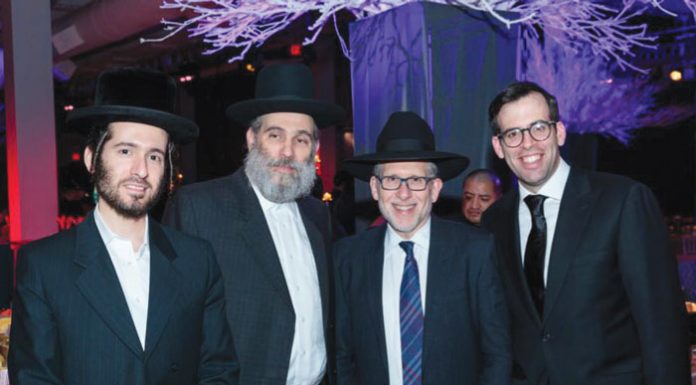 My Letter to Governor Cuomo: In the battle with my insurance company, I had nowhere else to turn