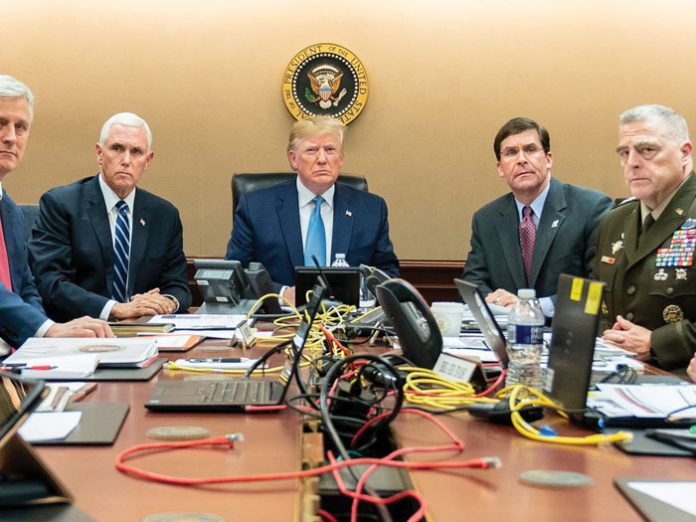 Lawn ’N Order:  A Run-of-the-Mill Rumor Mill
The date was 7/12/2017. A day, which as it would turn out, would not go on to live in infamy. On this particular morning, President Trump and I had crossed paths on the White House’s South Lawn, and I took the opportunity to ask him about rumors that ISIS leader Abu Bakr al-Baghdadi had been eliminated during the battle to liberate Mosul. The president addressed the question by telling me that: “We’re doing great against ISIS, great.” He went on to talk about our latest victories, but I noticed that he did not address my original question—whether he can confirm the report by the Syrian Observatory for Human Rights that al-Baghdadi had been killed. I asked my question again. This time the president smiled, winked and threw up his hands as if to say, “Who knows”?

Two things became clear to me with that exchange. That the leader of ISIS was still alive, and that on the day that he would be brought down, the world wouldn’t find out the news from an exchange between the president and a member of the press corps on the South Lawn just outside the South Portico.

Fast forward two years and many additional unsubstantiated rumors of al-Baghdadi’s death later, and the world was finally ready to learn how President Donald J. Trump breaks the news of the death of the world’s most wanted terrorist. The announcement, which was followed by a half hour session of questions and answers, took place in the Diplomatic Reception Room, mere yards away from that spot on the South Lawn where I had posed that question 27 months prematurely. Now it was official. The ISIS leader was gone, and never again would our newsfeeds be plagued by false rumors of his death. Al-Baghdadi finally got to detonate his bomb vest, and POTUS scored a badly needed victory. So a win/win for everyone, except for the future of ISIS, which still remains to be seen.

From Breaking News, to the News Being Broke: A Compost Post
The world reacted to the death of the self-declared caliph with varied degrees of outrage. Decent human beings were outraged by the way al-Baghdadi chose to take the lives of three of his children, many members of the intelligence community were outraged by how much information Trump revealed about the raid to the press, and some liberals were outraged that no one was talking about impeachment for a few minutes. None were as disappointed as al-Baghdadi himself, who has since discovered that his one-way ticket would not be taking him to heaven, after all.

But all that pales in comparison to the levels of outrage leveled against The Washington Post, which ended up rubbing everyone the wrong way with their announcement of the terror leader’s death. In a headline that kept changing throughout the day, al-Baghdadi was at one point referred to as the “austere religious scholar at the helm of the Islamic State” who had apparently “[died] at age 48.” This headline had replaced one identifying him as the “Islamic State’s terrorist-in-chief,” before later settling on “extremist leader of Islamic State.” It’s almost as if the headline editors at The Washington Post were concerned that the guy might be still alive, as well as offended by being caricatured as a “terrorist-in-chief.”

If al-Baghdadi himself had changed locations as frequently as The Washington Post changed its headline on his obituary, there would likely not be an obituary. But as it turned out, the appropriately named terrorist-in-chief had passed up on quite a number of opportunities to flee his compound in Idlib—a province (and city) in northern Syria that has come under control of various terror groups intermittently, and which was being closely monitored by the CIA since the summer.

So what do we call someone who is the face of an organization that’s been responsible for more than 300 brutal beheadings, not to mention all those victims who were burned alive, drowned, crushed under tanks and tossed from rooftops? This certainly doesn’t jive with the standard image of an “austere religious scholar.” “Extremist leader” might be safe, if not entirely cliché, while “terrorist-in-chief” sounds like one of those half-scary costumes. Given that there’s no correct way to sum up al-Baghdadi’s vicious brutality into a single headline, I’d settle for “yimach shemo”—may his name be blotted out. With his memory erased, we no longer have a reason to condense the totality of his evil into a single, weak headline. 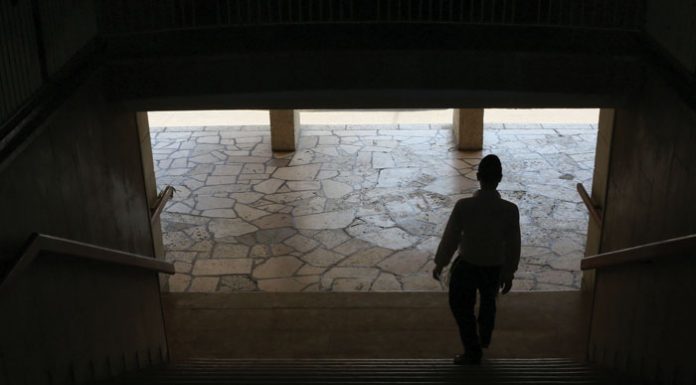 Get ready to pay more // That title might sound depressing, But perhaps it’s better to know what’s coming than to be hit by...

The Light We Shine Within // Tools for igniting the spiritual flame...

Bridging the Divide // An Early Exploration of Normalizing Relations with...