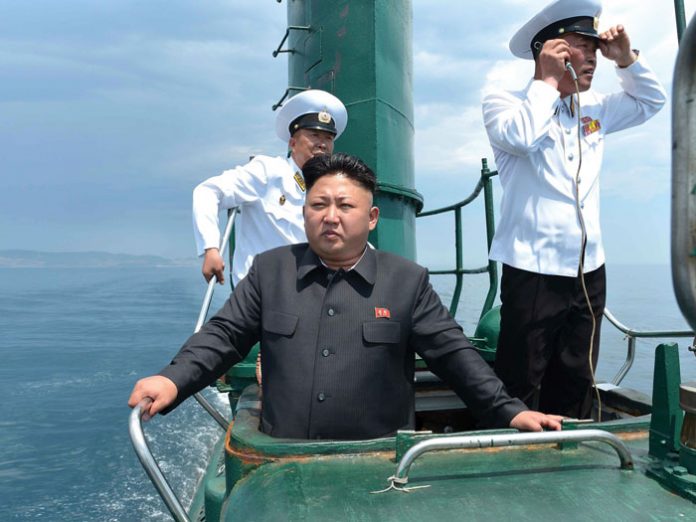 The “Suicide Ship”
“In war, the first three reports are usually wrong.” That’s what the generals say. It does not mean the reports are fake news, just that there is usually something wrong with early intelligence reports. Sometimes rapidly unfolding events cannot be seen clearly through the fog of war. Sometimes early reports contain incomplete information that just takes more time to collect to get right. Sometimes the early reports are based on assumptions that need to be corrected as facts are uncovered.

For example, in July 2019, the international news media published breathless reports that North Korea had concealed a secret shipyard where it was building modern submarines capable of launching a nuclear missile sneak attack on the USA. There was even a photograph of Kim Jong-un inspecting one of these new stealth subs that was nearing completion.

Someone in the Pentagon took a very close look at the photograph and started to laugh. The doomsday reports were more than a little wrong. In the first place, the North Koreans were not building new submarines at all; the photograph showed that Kim was standing near the nose or bow of a Romeo class sub of the kind the Russians had built back in the 1950s. This sub was a piece of junk back then and has not improved after the passage of nearly 70 years.

North Korea does not have a secret facility to manufacture modern nuclear subs with missile-carrying ability. It had the maritime equivalent of a chop shop where parts of used cars are tricked up so they at least look new.

I once bought an old stretch limo for $800 so I could carry most of my soccer team to their away games. Some chop shop must have made this wondrous machine by cutting a 1984 Cadillac in half and welding a cavernous Cadillac-looking extension in the middle. Instant stretch limo.

Kim’s North Korean chop shop did not make Cadillacs or even Cadillac-quality submarines. They cut a Romeo class Russian rust bucket in half, whacked together a missile-launching room for the middle, and then welded the old Romeo sub’s bow and stern back onto the extension.

Now, the Russians are not known for their safety record in building submarines. Poorly made Russian subs with grim nicknames like “the widow maker” often end up killing more of their own sailors than their enemies.

It is very difficult to piece together a submarine hull that can withstand the enormous pressure at the bottom of the ocean, which is where a lot of Russian subs have ended up. Each weld must be X-rayed and triple-checked to ensure there are no leaks. Quality control counts more than party patronage. One tiny leak in just one weld at deep ocean pressures can instantly flatten a 40-foot-thick submarine into a pancake-shaped paperweight.
I cannot imagine how much the risks of catastrophic leakage increased when the North Korean chop shop sawed a Russian sub completely in half and then welded the pieces back onto an untried extension. Perhaps there is a reason no other navy in the world is willing to try to stretch its small, aging attack subs into the much bigger ballistic missile-launching subs, called “boomers.” No one has ever built a boomer by slapping together three different parts that are held together by the Band-Aids and chewing gum of an enormous and untested weld network.

Two Families and a Diplomat: Was it more than a coincidence...