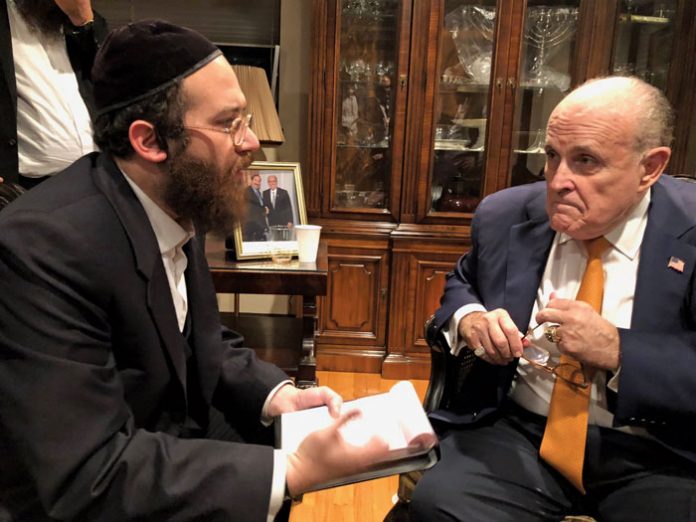 He was my son!” I hear a woman cry out between sobs. “He still is my son. And you know why they killed him? Because he was a Jew.”
The scene at the kever of Ari Halberstam, Hy”d, is truly moving. Facing the tombstone is Ari’s mother, weeping for her child whose life was snuffed out by a Muslim terrorist. Standing beside her is Rudy Giuliani, affectionately known as “America’s Mayor.” But this isn’t the battle-hardened, no-nonsense, tough-talking mayor we’ve become accustomed to seeing in public. This is a different Rudy. It’s the Rudy whom very few Americans get to see. A deeply moved and visibly shaken Rudy paid a visit to Montefiore Cemetery in Queens, New York, this past Thursday. I had a chance later in the evening to have a heartfelt talk with him.

With the Pittsburgh shooting still fresh on everyone’s mind, Giuliani chose to visit the Ohel of the Lubavicher Rebbe to “say a prayer…because I couldn’t think of a more appropriate place to come than here, after those terrible things that happened in Pittsburgh.”
After he finished praying at the Ohel, Giuliani, flanked by Rabbi Shea Hecht and Duvi Honig, made his way over to the nearby site where Ari Haberstam is buried. “He died shortly after I became mayor in a terrorist attack, again, solely because he was Jewish,” he told reporters. “Whether it’s one life, or 11, or thousands like on September 11, every life is important.”

Later that evening, Rudy is at the home of Dr. Joseph Frager, First Vice President of the National Council of Young Israel and Chairman of the American Friends of Ateret Cohanim, for a private dinner. Also present is the Republican Party’s nominee for US Senate in New York, Chele Farley, among others, such as Rabbi Yechezkel Moskowitz, Lev Parnas, Igor Fruman, Rubin Margules and Duvi Honig.

Once the guests have gotten comfortable in Dr. Frager’s home, a roundtable discussion begins that centers mostly on the recent tragedy in Pittsburgh, the kinds of rhetoric that make violence possible, and the midterm elections. Dr. Frager, who also serves as Executive VP of the Orthodox Jewish Chamber of Commerce’s public policy committee, joins Duvi Honig, the OJ Chamber’s CEO, who takes the opportunity to show Rudy a menorah made from rockets that had been fired against Israel. This menorah, he explains, is being sent as a Chanukah gift to President Trump. Giuliani, who currently serves as lead counsel to President Trump, lightheartedly offers to deliver it himself and attempts to see if it would fit in his pocket.

Towards the end of the evening, Duvi Honig seats me next to Giuliani while Dr. Frager introduces me with some elaborate titles I know I don’t deserve. I feel awkward in the presence of all these unsolicited accolades, and so I modestly remind Rudy that during our previous interview [on the subject of the Mueller investigation, which was published in Ami’s Sukkos mega issue] he had told me he’d turn down the position of attorney general if I ever nominated him. Rudy laughs and assures me that he’s since reconsidered his position. “Let’s see how the Senate votes on me,” he says.

I shift focus to the somber occasion that has brought us all together: The horrendous shooting in Pittsburgh and the tragic murder of Ari Halberstam more than two decades prior. 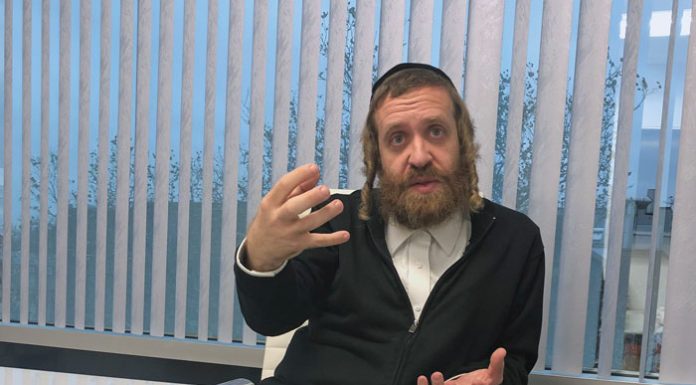 Washington Insider // The Regrets of a Tax Man