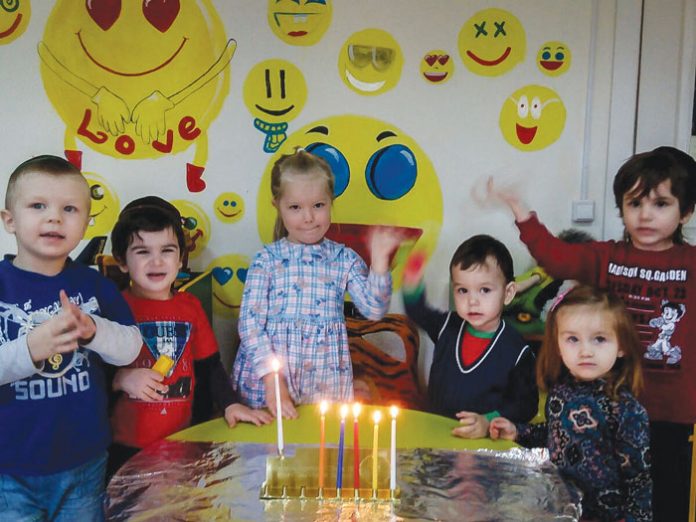 It was a familiar route but an exhausting one. A ten-hour flight from New York to Moscow, a several-hour stopover, another two-hour flight to Samara, and there were still several hours of driving before Rabbi Yossi Marozov would reach home. He had been on a fundraising trip abroad for three weeks and was looking forward to returning to his family and community in Ulyanovsk, a picturesque city in Western Russia along the Volga River, the city he’d called home for the past 12 years. Meanwhile, at the Marozov residence, signs that read, “Welcome Home, Tatty” and “Welcome Home, Nosh” were taped crookedly on doors and walls. The Marozov children gathered at the window, waiting to greet their father and his suitcases stuffed with American candy.

But it was not to be.

Those signs would languish on the walls for two long months before the Marozov family would reunite on the other side of the world.

Upon his arrival in Moscow, Rabbi Marozov exited the aircraft and waited his turn on the customs line, his mind on his wife and six children. He handed his passport to the cashier, and that’s when everything went haywire. His passport was flagged as a national security threat in association with terrorist activity, and instead of being admitted into the country, he was escorted to a side room for questioning. It was early Friday morning, and he had a journey of several hours ahead of him. Things were not looking good. Rabbi Marozov bit his lip and dialed his wife’s number.

“Suri,” he said, his voice faltering the littlest bit, “there’s trouble… Daven for me.”
The Marozovs’ story began 12 years ago, when Yossi and Suri, a young couple with a baby, left their families and friends behind in New York to serve as Chabad shluchim in the Jewish community of Ulyanovsk, Russia.

Yossi had a history in Russia; his grandparents had fled from the land years earlier, and as a bachur, he had organized and directed summer camps in a number of Russian cities. When he landed in Russia for the first time, he knew he would find much of the country wiped clean of the rich religious communities that had once flourished in the land. He didn’t expect to see that beneath the slightly rough surface, the Jews of Russia were filled with an intense hunger for Judaism. Their souls had been smothered for so many generations, and yet they were drawn back to their faith.

After his summer experiences in Russia, Yossi knew he’d be back. He would come full circle, returning to the land of his roots, rekindling the flames of Yiddishkeit that had burned there for hundreds of years.

His wife, Suri, was eager to join him in his mission, and that was how the young couple found themselves in a foreign land, hoping to make it their own. The rural town of Ulyanovsk was a strikingly beautiful expanse of land, but the Marozovs were drawn to the beauty within the community there. The Jews of the city were honest, hard-working and unified. Despite their poverty, their lives were rich, lacking only a rabbi to lead, teach and guide them.

As they settled into their new home and became acquainted with the faces of the community, the Marozovs waited for their shipping container of furniture and belongings to arrive. In the meantime, all they had brought with them were suitcases of clothes, some food items and a donated box of frozen salami. That box of salami would be the only meat they’d see for many months.

What should have been a journey of several weeks became a six-month wait. In the interim, the Marozovs struggled to put together bits and pieces of furnishings for their apartment. 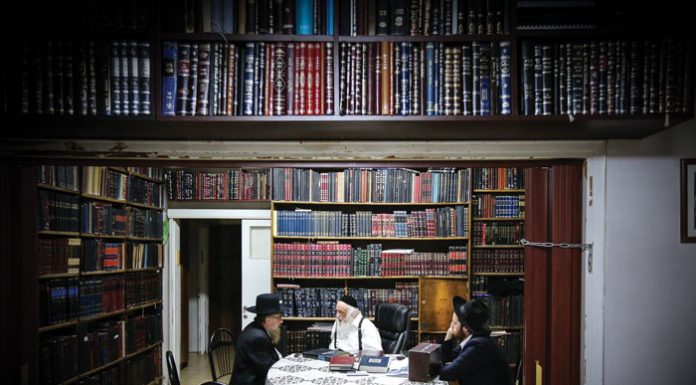 A time of Remembrance // An inspiring visit with the esteemed rosh yeshivah of Ponovezh, Rav Berel Povarsky, shlita

My Surprising Encounter with Alpha-gal Syndrome // A small...