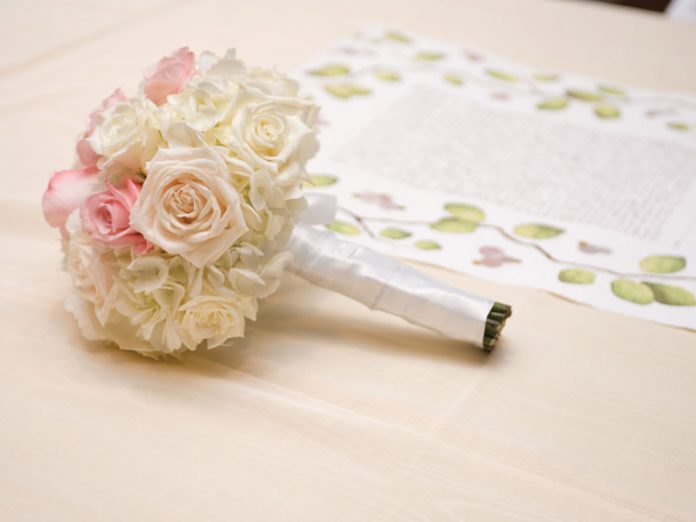 We were thrilled when our daughter, Shoshana, became engaged to a wonderful young man named Yitzi. Their engagement period, however, was not an easy time for us. For family and logistical reasons, as well as the wedding hall’s availability, we were forced to set the wedding date for three months later, much longer than our nervous kallah wanted to wait. Despite the need for hours of pep talks and the constant encouragement we offered her, she still found this to be a difficult time. On the other hand, my husband and I chose to view this time as a much needed blessing in order to work out how to pay for all these new expenses. We hadn’t had the luxury of putting away money for each child’s wedding, because all of our money was stolen by a swindling investment manager. We were left with nothing, and we needed to figure out our money issues—along with being extra careful to draw on our emunah—during this time.

At first it was kind of relaxing having three whole months to plan a wedding. We had plenty of time to get things done without rushing around. Even the kallah was okay with the pace, since she had a heavy work and school schedule, in addition to kallah classes, which were keeping her busy.

But all of a sudden, there were only seven weeks left until the chasunah, and the pressure began to mount.

“What’s the point of having a long engagement if I have no way of paying for anything?” I wailed to my friend, Shani, over the phone. “I seriously don’t know how this is going to work out. I know Hashem will help, and I tell myself every day that He has a plan, but do you know how hard it is to look my daughter in the eye and tell her the money just hasn’t come in yet?”

“Zeesy, you’ve had miracles happen to you before. Time and again, Hashem has given you a special siyata dishmaya that people who have money don’t get to experience. Just keep up your emunah and take care of the things you can do now. The yeshuah will come soon, b’ezras Hashem.”

I got off the phone feeling slightly encouraged, and then it rang again. This time it was my future son-in-law calling.

“Great, so here’s the thing. My grandmother, Oomie, rents a machsan on a kibbutz near Beit Shemesh. It’s full of brand new household items that have been sitting there in boxes for years. “

“She has a list of everything that’s there, and she said that whoever goes there can have whatever they want. It’s possible that things might have gotten moldy or ruined, but I think it’s worth a shot. Do you think you would be able to take us in your van for a day and we can dig through it all?”

“No problem. Let’s go tomorrow morning,” I assured him, excitedly.

The next day dawned bright with promise. We borrowed a GPS from a neighbor and the chasan, kallah and I set out on our adventure.

As we drove, the full story of the machsan came out. Oomie had been married to Zaidy B. for more than 25 years when they divorced. The two kept up an amicable relationship, and Zaidy was sure to visit their 27-year-old adopted daughter, Sara Dena, a special neshamah born with Down syndrome.

Soon after, Zaidy B. got remarried, but Oomie and Sara Dena remained a quiet twosome for several lonely years. Then a shidduch was suggested to Oomie—a chasidish man who lived in Eretz Yisrael. Oomie loved the idea of living in Eretz Yisrael, and although she would have to adopt new minhagim and even change her clothing style in order to fit into this new community, she was prepared to do so for a second chance at a happy marriage.
Oomie went back to America to pack her belongings and arrange for a lift in advance of her move. Always on the lookout for bargains, Oomie found great deals on cutlery, dishes, pots, towels and other items that were readily available in American outlet stores. She packed it all up, adding in boxes of tissues (scented) and tinfoil for good measure.
A second marriage for them both, their chasunah was beautiful and moving. Oomie was thrilled to begin her future with Zaidy A.

As soon as Oomie moved into Zaidy A.’s apartment, she realized that her shopping spree for household items had been unnecessary. The house already had everything she’d need, but she wasn’t at all disappointed. She and Zaidy A. were truly happy together.
Out of all of Yitzi’s siblings, he was the one who hit it off with Zaidy A. They learned together and helped each other with articles for newsletters they each wrote. Yitzi wrote a weekly story about the Spanish Inquisition for his class newsletter, and Zaidy loved helping him with the plotlines and intrigue.

After a truly blissful shanah rishonah, tragedy struck—Zaidy A. suffered a fatal heart attack on their first anniversary. First came the shock and then came the devastation. The rug had been pulled right out from under poor Oomie. She tried to make it work by herself in Zaidy A.’s community, but she felt out of place without her husband by her side. A year after his petirah, Oomie packed just a few bags and moved to Lakewood. Sara Dena needed a fresh start, and it was painful to stay in a house in which an anticipated happy marriage was cut short.

Oomie did not want to completely give up on her dream of living in Eretz Yisrael. But at that point, she felt the need to put some distance between herself and the pain. She packed all the household items she had lovingly bought for her new life and stored them away neatly in a storage facility on Kibbutz Harel. She told herself that she would be back, by hook or by crook—she just wasn’t sure exactly when. And for 100 shekels a month she could keep the dream alive. To Oomie, that was a real bargain. 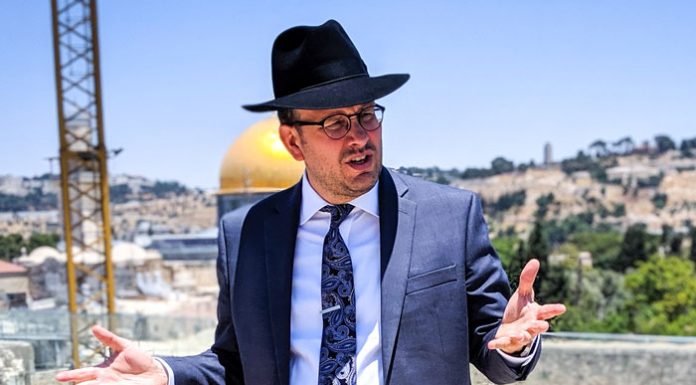