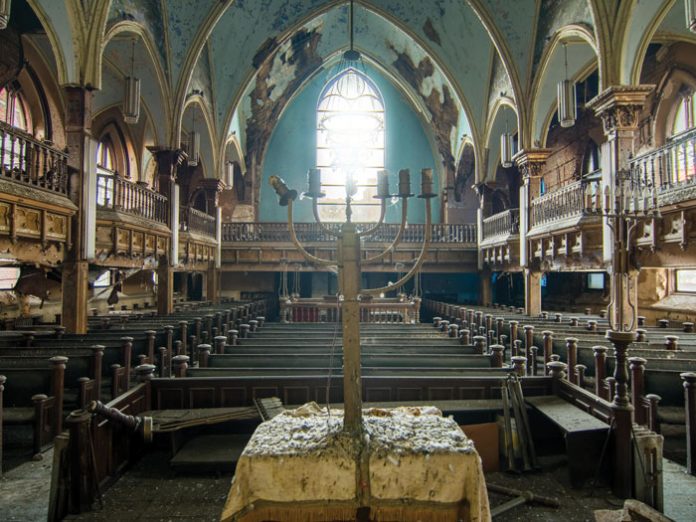 Manhattan’s Beth Hamedrash Hagodol on Norfolk Street is legendary. It was the first Eastern European congregation founded in New York City, and it later became the oldest Orthodox congregation continuously housed in a single location in New York. In fact, its entire existence is based on superlatives: the first, the biggest and the oldest, which makes its demise all the more distressing. Recently a photographer sent me heartrending photos, which accompany this article, of the inside of the shul. He had spent some emotional hours photographing it.

With an uncertain fate hanging over this once-flourishing congregation, let the media of pen and picture tell the story.

The Lights have Dimmed
When the photographer allowed his eyes to sweep across the majestic, airy interior of Beth Hamedrash Hagodol, he almost assumed that the colossal domed ceiling has been deliberately painted with a crackled vintage finish. Juxtaposed against the sanctuary’s gloomy, mysterious features, the veneer looks almost intentional. Upon closer inspection, however, it becomes clear that this impression isn’t due to the period architecture but to decaying walls and peeling paint, which, bizarrely, happen to contribute aesthetically to the atmosphere in the shul. Indeed, precisely because of its abandoned condition, the cavernous interior is a photographer’s paradise until you remember that this was once a vibrant shul witness to many Jewish holidays and its member’s milestone celebration.

Light floods the dramatic vaulted ceiling, pouring in from rows of Gothic windows, the shape of which hints at the synagogue’s previous incarnation as a Baptist church. Yet more light pours in from a giant window in the back, suggesting that the hour is sunrise.
Still, however generous the light, it fails to banish the melancholy of these dank and colorless quarters. On the contrary, by emphasizing the cold, muted tones of blue tinting the walls, the daylight only accentuates the gloom. The scenic murals on either side of the aron kodesh, which probably once exuded charm and warmth, now appear woeful, depicting what appears to be a snowy scene. Ironically, the image is extended into the room, where layers of chalky debris coating the wooden pews could pass for snow.

Like a rose amongst thorns, there is but one smidgen of color that catches the viewer’s eye. Small ruby-red sections in the round stained-glass window high atop the aron kodesh complement a swatch of burgundy velvet behind the beige paroches some 30 feet below. These bursts of crimson add a drop of cheer to an otherwise monochromatic setting.
Even the painted stars that once adorned the ceiling have dimmed in this forlorn space. And it seems as though the 50 or so bulbs gathering dust on the dramatic four-tiered chandelier are depleted of energy as well, unable to bathe the lifeless interior with the yellow glow of artificial light.

It is indeed very painful to think that this was once the crowning edifice of the community, one that served as a virtual lighthouse to the Lower East Side and hosted many of its historical events. 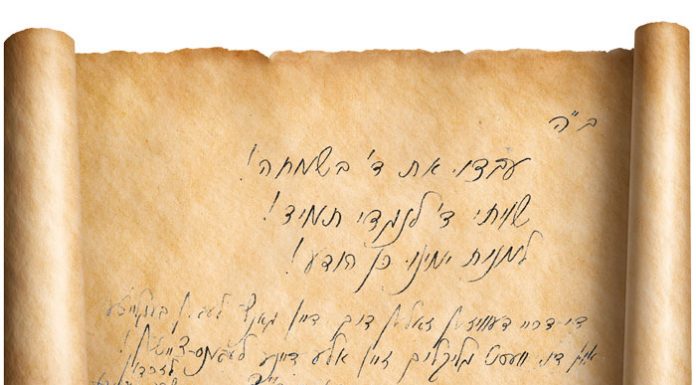