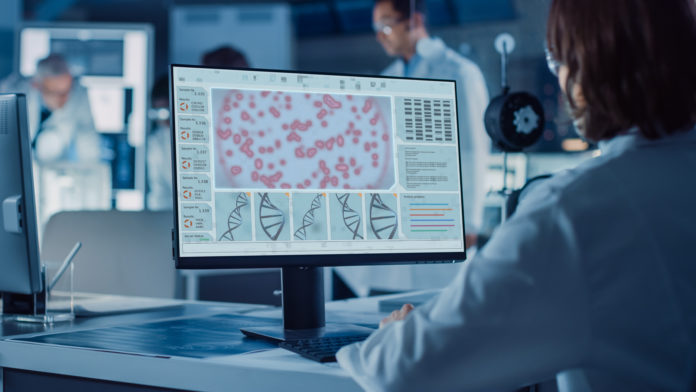 The pain started when Angel was 14, unbearable pain in her legs that woke her in the middle of the night. She ended up in the emergency room, where doctors found her urine to be dark, the color of tea, evidence of muscle breakdown. They tested for an enzyme called creatine kinase (CK); while there is always some CK in the bloodstream since muscle tissue is constantly breaking down and rebuilding, normal levels are usually between 96 and 140 units per liter. Angel’s level was over 24,000.

Intravenous fluids flushed the enzymes out of Angel’s system, relieving her pain. But try as they might, the doctors couldn’t find the source. She was tested repeatedly for strep, lupus and thyroid disease, and the results were all negative.

As the years passed, Angel was admitted to the hospital more than 20 times. The doctors monitored her kidneys for damage but had no solution for her excruciating pain, which only increased in frequency and severity over the next nine years. Angel, now 23 years old, wanted nothing more than to live a normal life: to finish nursing school, get married and have children. But with such constant, agonizing pain, it seemed beyond reach.

In 2018, Angel was approached about participating in a revolutionary experiment in medicine. Harnessing the power of social media, her case would be presented by Dr. Lisa Sanders, writer of the popular New York Times Magazine column “Diagnosis.”

Dr. Sanders, an American physician, medical author and journalist, and a professor of internal medicine and education at Yale School of Medicine, had previously written a column entitled “Think Like a Doctor,” presenting medical cases that had stumped the professionals. Readers could access the medical files and take a guess at the diagnosis, which was revealed the following week. In those cases, however, a diagnosis had already been made.

What if we could harness the power of social media to solve the unsolvable? Dr. Sanders thought. She would present the case with all of the pertinent medical information. The patient would tell her story on a short video clip, and people all over the world would have an opportunity to give their opinion.

“Right now, there are thousands of cases that remain undiagnosed,” she said. “Using the Internet, we have the ability to harness all the intelligence, all the wisdom of doctors and regular people around the planet. We can help people who don’t have a diagnosis get some answers. And that can save lives.”

She was a little hesitant before going ahead with it. What if it didn’t work? But if it did work, what would that mean for the future of medicine? Perhaps it would be a key to finding answers to some of medicine’s most complicated problems.

“Getting the right diagnosis is crucial,” she said. “You’ll never get the right treatment if you don’t have the right diagnosis. One of the tools doctors use all the time is the other doctors in the room. Whether or not you get the correct diagnosis really depends on who is in that room and who might see something they recognize and understand. So what we are really doing is just making the room that much bigger—more people, more experience. The more brains there are, the greater the likelihood of being right.”

Dr. Sanders had been struck by the power of diagnosis since medical school. Back in 2002, an acquaintance who worked at the Times had asked her, “What can a doctor write about?” and she didn’t skip a beat. “Diagnosis,” she said. “It’s a story that’s never been told.”

Years before, Dr. Sanders had done a clerkship in internal medicine. Part of it involved periodic meetings at which a resident would present a patient’s case in the way that she would later adopt in her columns, telling the story from the patient’s perspective as it happened in real life, one piece at a time, with trainees and doctors in the room offering their views as each part of the story unfolded.

“I still remember that first case,” she says. “The patient was a 23-year-old woman who came in with massive lower-extremity swelling. She’d been completely healthy up until that time. The diagnosis ended up being lupus. It affected her kidneys, leaving her body unable to drain the water and leading to swelling.

“It was amazing watching how they pieced everything together because a lot of things can cause swelling like that: the heart, the liver, the kidneys. Watching those experienced older doctors taking each piece of evidence, seeing where it fit into the whole picture and coming up with a diagnosis was just amazing to me. I’d never seen anything like it.

“I’d always thought that diagnosis was like the multiplication tables: 4 times 6 always equals 24. What I didn’t know was that there’s not one answer but dozens of answers. I thought, Oh my, this isn’t multiplication—it’s Sherlock Holmes!’ I was blown away by the process and fell in love with it.”

Dr. Sanders wanted people to experience the same magic through her column, walking through the patient’s story step by step.

However, she found that most doctors would share their theories with other doctors, but never with their patients. They weren’t comfortable voicing their uncertainty, or perhaps they wanted to be able to come into the room, hear a few words of the story, do a brief exam and nail it.

“The thing is that there’s such a difference between how a disease looks in a book and how it presents in a patient,” Dr. Sanders says. “It’s night and day. Diseases don’t read the textbook! And they don’t always present 100% the way they’re supposed to.”

Dr. Sanders dives into the complexity and detective work that usually remains unseen by the patient.

“But I’m not Sherlock Holmes,” she clarifies. “Most of the time I don’t write about myself. I’m Watson. I write about other people and the incredible diagnoses they make.”

Dr. Sanders used her column to tell Angel’s story, and a mind-boggling number of responses poured in. She and her team spent countless hours sifting through them and grouping them together, using her medical expertise to cull the most promising results.

Many of the written submissions and videos offered support and sympathy for Angel. Some people said they’d had similar symptoms and invited her to reach out for advice. Many doctors offered their diagnoses, including a surprising number of veterinarians.

Then came the breakthrough. An internist in Italy read the column and invited Angel to come to Italy for testing—at no cost. It was a lifesaving offer, as Angel didn’t have insurance and the costs were prohibitive.

The initial tests revealed no answers. But several months later, after comprehensive genetic testing, Angel had the answer she craved. She had carnitine palmitoyltransferase type 2, CPT2 for short. CPT2 is a metabolic disorder that keeps the body from processing long-chain fatty acids. Fortunately, it can be managed with a change in diet.

Angel drastically altered her eating habits, changing the way she took in fatty acids and sugars, and she experienced a dramatic relief in symptoms. Her frequent visits to the emergency room ended. Thanks to a crowdsourced diagnosis, she could finally dream again.

Crowdsourcing your own Diagnosis

Dr. Sanders continued the experiment with great success, and her column eventually turned into a docuseries. But what about the average person who doesn’t have an intriguing case that might make it into a documentary or column? For those people, Dr. Sanders believes that a good internist is usually what they need. The people she profiled in her column had rare conditions that baffled their doctors.

“If your doctor isn’t willing to take the time to listen, find someone who will. You need someone who is curious about your illness and who will ask the right questions so you can find the right answers.”

If your primary care physician doesn’t fit the bill, Dr. Sanders recommends going to an academic medical center affiliated with a university and giving them all the data, along with a timeline of your illness.

“You’re going to be meeting residents, trainees and doctors who are interested in medical education, in cracking the code. An academic medical center is knowledgeable about all the newest advancements without the pressure of running a practice. The doctors are curious and excitable; that’s why they went to medical school in the first place. And they’re overseen by top experts in the field.”

When all else fails

Sometimes, Dr. Sanders says, the hardest thing to accept is that there are no answers. “We started learning medicine with Hippocrates way back in the fifth century BCE and have been adding to our knowledge ever since. But modern medicine has only been around since WWII, and there is so much that is still unknown. Sometimes patients take every possible test and everything comes back normal, but they don’t feel that way.

“Maybe it’s a terrible thing to say, but in some ways, it’s easy to figure out the diseases that kill a person. They complain about something, then they die, then when they’re cut open, we say, ‘Oh, now I see.’ The next time someone complains about the same thing, they know what to look for. There are many things people complain about, and we doctors don’t know what to look for. There is no test that will pinpoint that.

“Patients need to recognize that if all their tests are normal and they’ve had thoughtful care from a physician, they have something we just don’t know enough about. The good news is that it probably won’t kill them, because if it did kill people, we’d know more about it.”

How do you know when it’s time to give up searching for a diagnosis?

“Certainly, the saddest thing of all is when patients put their lives on hold while they try to figure things out,” Dr. Sanders observes. “And while it’s important to find out why you don’t feel well, it’s also important to have as rich and full a life as you can while you’re still here. It’s terrible when illness takes away your health, but it’s even more tragic when it takes away your life.

Before she went into medicine, Lisa Sanders worked as a journalist for ABC News. The turning point for her came when she was filming a story on white-water rafting and fellow journalist Dr. Bob Arnott saved a drowning woman’s life by performing CPR. When she saw that, she thought: If I stay in this job, I’ll never have the chance to save someone’s life like that.

“With television, you can reach millions of people at the same time,” she says. “But I didn’t feel like I could touch any of them. With medicine, you can actually change people’s lives—and not just by practicing  it. I hope that when I write about these unusual diseases, people who are searching for answers will recognize themselves. Not a month goes by that I don’t get an email from someone who took my column to the doctor to help get a diagnosis. That’s a great source of satisfaction to me.”

Ironically, writing about another doctor’s diagnosis of a rare disease helped her diagnose her own patients on more than one occasion.

Dr. Sanders had always thought that she would have a much narrower reach with medicine than she’d had as a journalist. But through her column, docuseries and books—Diagnosis: Solving the Most Baffling Medical Mysteries and Every Patient Tells a Story: Medical Mysteries and the Art of Diagnosis—she is changing patients’ lives for the better. λ 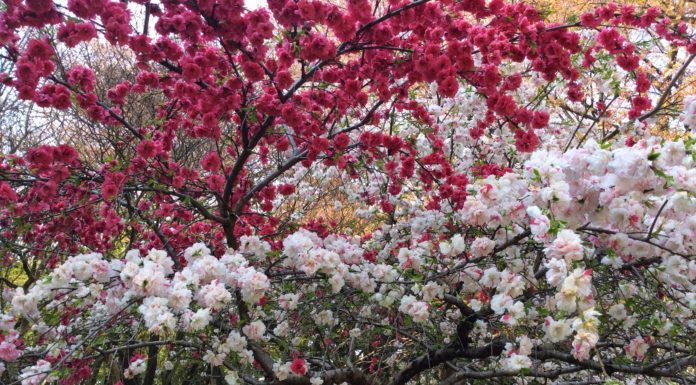 The strangest Alliance // Why have his closest allies turned against...