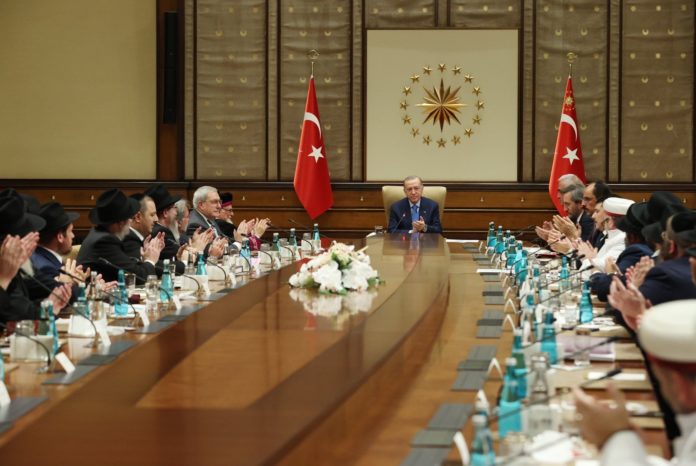 Rabbi Menachem Mendel Chitrik, better known as Rabbi Mendy Chitrik, has been rav of the Ashkenazi Jewish community of Turkey since 2003. He has also served as chairman of the Alliance of Rabbis in Islamic States since 2019. Last week, the Alliance held its inaugural conference at Istanbul’s Conrad Hotel, flying in rabbis from around the world. Then late Wednesday, following an unexpected invitation from Turkish President Recep Tayyip Erdogan, the group was whisked off to the capital city of Ankara on a private plane sent by the president for a meeting at the presidential palace. That overture was more than surprising.

Under Erdogan’s rule, Turkey’s relations with Israel and the global Jewish community can best be described as hostile. Despite continuing trade relations with Israel, Erdogan has been one of Israel’s most ardent critics and one of the strongest supporters of Hamas, funding Palestinian causes and institutions throughout Gaza and the West Bank.
And yet, in his remarks to the Alliance of Rabbis in Islamic States as well as members of the Turkish Jewish community, he highlighted the importance of boosting peace and stability in the Middle East. “Turkey’s greatest desire is a Middle East in which societies from different religions, languages and ethnicities live together in peace,” he told his Jewish audience. “Relations with Israel in the sectors of economy, trade and tourism are progressing at their own pace,” he added. “Israel’s sincere and constructive attitude in the context of peace efforts will undoubtedly contribute to the normalization process. Turkey-Israel relations are vital for the stability and security of our region… I attach great importance to our renewed dialogue with both Israeli President Isaac Herzog and Prime Minister Naftali Bennett.”
He also condemned anti-Semitism—a sentiment that he has been accused of harboring—in unequivocal terms, even equating anti-Semitism to Islamophobia. “Just as we see Islamophobia as a crime against humanity, we also see anti-Semitism as a crime against humanity,” he stated.
This past Sunday, I spoke at length with Rabbi Chitrik about his meeting with the Turkish president and about Jewish life in general in that Muslim country.

Why would President Erdogan want to meet with a delegation of rabbis? Do you think that his primary intent was to send a message to Israel that it’s time to make up?
I can’t speak about his motives, but the fact that he hosted a delegation of rabbis from 14 Muslim states was a great honor, and it was definitely a good sign for the normalization of Jewish life in the Islamic world, which of course is an important step towards normalization of relations with Israel. 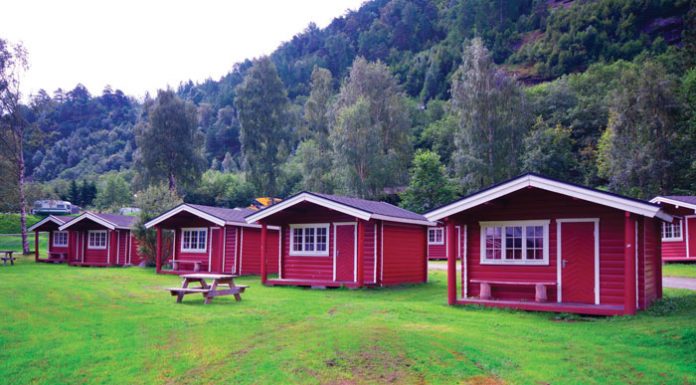 Glazed Side of Salmon

Worth Your Salt // Are Low-Sodium Diets An “In-Salt” Not Only To Our Taste...