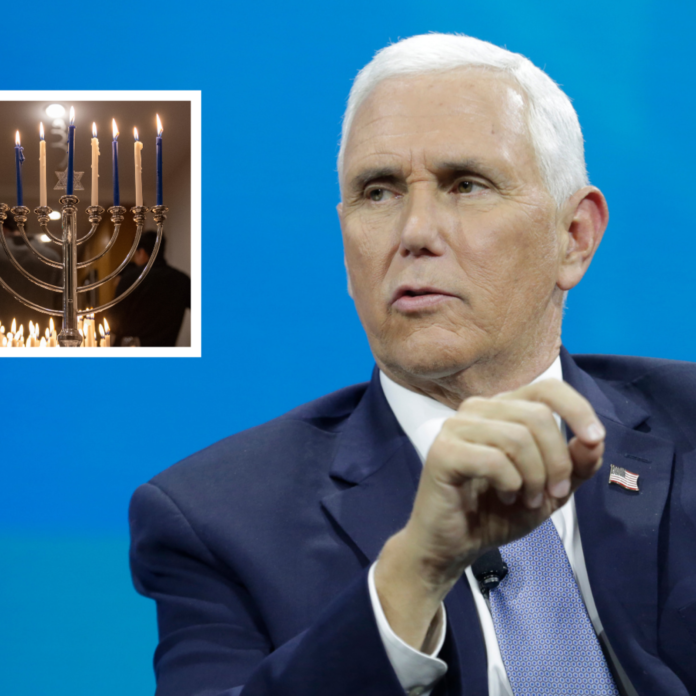 Nothing could better capture the hatefully unhinged state of much of the electorate these days than the sneering reactions of some to former vice president Mike Pence’s Chanukah wishes.

“Happy Hanukkah!” read the Pence tweet. “May the light that shines from every Menorah make the world a brighter and better place.” The Pences, he continued, wish “all who are celebrating the Festival of Lights a wonderful Hanukkah!”

The problem? The accompanying photograph was of a menorah with… seven branches.

At least that’s how some Twits reacted.

“Mike, if you need your toes to count to eight, feel free,” sniggered a novelist named Tod Goldberg, who identifies as a rabbi.

Another commenter vacuously contended that: “The disrespect of showing an obviously wrong number of candles has to be intentional.”

And the always reliably wrongheaded progressive group IfNotNow sniffed, “There’s really no better example of an evangelical Republican who claims love for Jews while actually using us than Mike ‘There are 6 Nights of Hanukkah’ Pence.”

There were more, but enough fatuity for one column.

Leave aside that the original Menorah, the one in the Beis Hamikdash that our Chanukah ones are meant to recall, indeed had seven branches. Is it really shocking— disrespectful, yet—that a non-Jew might not realize that Chanukah menoros, reflecting the days of the holiday, have eight?

Of course not. The crass comments were born purely of political animus.

From haters like, on the one hand, the IfNotNow-niks, who despise all Republicans and all religious folk—and especially religious Republican folk.

Those are the sort of people who derided and mocked Mr. Pence for referring to Mrs. Pence as “mother.”

The same “enlightened” souls who see Mr. Pence’s declining to dine alone with a woman not his wife as a medieval mishegas.

It’s unlikely, I think, that Mr. Pence will be the Republican nominee for the presidency in 2024. He’s too much of a mentch.

He was loyal to former President Trump —even after the latter called him a nasty name and said he lacked “courage,” even after Trump ally L. Lin Wood called for Mr. Pence to be “executed” by “firing squad.”

“I don’t believe Donald Trump is an anti-Semite,” Mr. Pence said, defending the former president against charges of bigotry. “I don’t believe he’s a racist or a bigot. I would not have been his vice president if he was.”

And yet, as a man of principle, he also called out Mr. Trump when the former president deserved it, declaring, after Mr. Trump hosted two intensely unsavory characters for dinner, that it “was wrong to give a white nationalist, an anti-Semite and a Holocaust denier a seat at the table, and I think he should apologize for it.”

Perhaps most impressive, Mr. Pence has apologized for his own misjudgments. In 2013, for example, when his official Indiana governor Facebook page deleted some posts that criticized a stance of his, he apologized without qualification.

Likewise, back in 1991, he regretted having run negative ads about a political opponent, penning an essay titled “Confessions of a Negative Campaigner.”

What kind of politician admits wrong and swears off negative ads? The kind, I guess, who, right before the 2016 Indiana primary, conflicted about whom to back, scrawled a note to himself: “I’m tired of politics, I just want me back.”

Mr. Pence hits all the right buttons on issues important to us: Israel, Iran, religious rights, school choice. Agudath Israel doesn’t endorse candidates, even potential ones, and neither do I as an individual (which is the capacity in which I write in these pages). I’m just pointing out facts.

Including the fact that, unfortunately, politics today seems to favor anger, dissembling, negativity and fluctuating principles. Mike Pence is sorely lacking in all those categories.

And worse, he showed the wrong menorah! 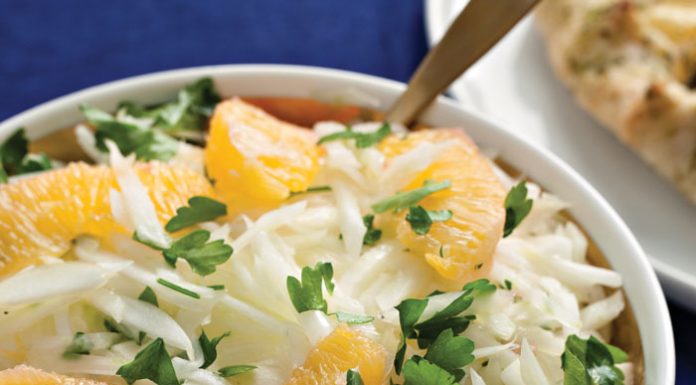 Turning Up the Heat // Gasbags rail about Stovegate