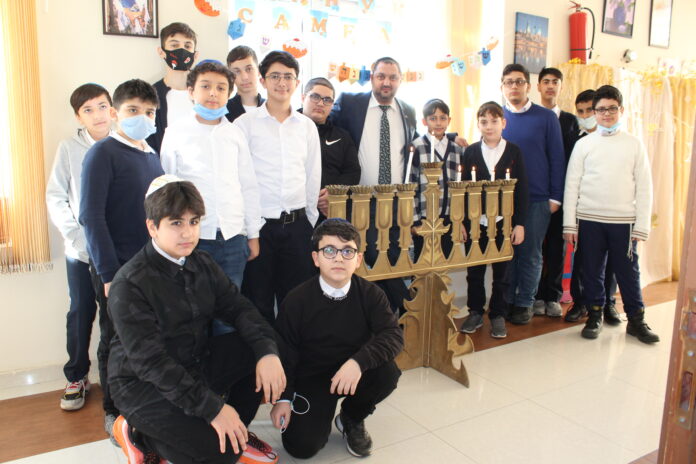 “I’m a Mountain Jew. According to our tradition, we came here directly from Bavel. After several later waves of immigration of Jews from Persia, we started to speak a language known as Juhuri.”

The news that emerged in the middle of November about Azerbaijan approving an embassy in Israel may have seemed like just another news story about a Muslim country warming to Israel, akin to the Abraham Accords. But it wasn’t.

For one, Azerbaijan will be the first country from the Shiite Muslim world to have an embassy in Israel. The Abraham Accords countries are all Sunni-majority. With Shiite Iran’s opposition to Israel such a massive regional issue, the relationship between Israel and Azerbaijan—which shares a border with Iran—represents an important counterweight, at least symbolically.

But the relationship is also an old one. Israel and Azerbaijan have had some level of openness toward one another since the Soviet Union fell. Israel has had an embassy in Azerbaijan since 1993. Azerbaijan has opened commercial and tourist offices in Israel over the past couple of years. But they have held back from putting in a formal embassy until now, to avoid angering the Muslim world.

Azerbaijan is also important because, unlike the Gulf States, it has had native Jewish populations for centuries. The oldest group has been the Mountain Jews, who have been in the region for at least 1,500 years, probably as an offshoot of Persian Jewish communities. They were eventually joined by Georgian Jews and Ashkenazi Jews, whose communities have also been strong parts of the tapestry of Azerbaijani Jewry in recent history.

Those strong ties between Jews and Azerbaijan and Israel and Azerbaijan have also been significant for a much more recent way in which Jews have looked to Azerbaijan. Both Ukrainian Jews looking to escape Russia’s attack on their country and Russian Jews trying to avoid being drafted into the Russian army have headed to Azerbaijan for safety.

Have you always lived in Baku?

Yes. I was born and raised here. There are three Jewish communities in Baku, and each one has its own synagogue. There’s the Mountain Jewish community, which is Sefardi; the Ashkenazi community; and the Georgian Jewish community, which is also Sefardi. I’m a Mountain Jew. According to our tradition, we came here directly from Bavel. After several later waves of immigration of Jews from Persia, we started to speak a language known as Juhuri. Juhuri is the traditional language of the Jews of the eastern Caucasus, sort of like Yiddish is for Ashkenazim. Most of the drashot in our synagogues are given in Juhuri.

It sounds like Persian with a lot of Hebrew mixed in, although we have our own pronunciation, which is similar to the way Yemenite Jews pronounce it. But our rabbis have been learning in Ashkenazi yeshivot for the past century, ever since Azerbaijan was invaded by the Russians.

Are you the rabbi of the Mountain Jewish community of Baku?

Yes, but I serve as chairman and rabbi of the Georgian and Sefardi Jewish communities as well. I’m also the representative of the Vaad L’hatzolas Nidchei Yisroel, a New York-based group that has been running Jewish operations in Azerbaijan for the past 27 years. The organization was founded by Rabbi Mordechai Neustadt before the fall of the Iron Curtain to help the refuseniks. Together with Agudas Yisrael, they helped Jews in the Soviet Union by sending shlichim and religious materials. After the dissolution of the USSR, Rabbi Neustadt expanded his operations to Tbilisi, Georgia, and Baku, the capital of Azerbaijan. The first yeshivah in Azerbaijan in the post-Soviet era was opened by the Vaad.

Who is the chief rabbi of Azerbaijan?

We don’t have a chief rabbi because there isn’t any need for it. Each community has its own rabbis, and it works out beautifully. That’s why we don’t have any machloket. Altogether, there are four rabbis. Every individual finds the rabbi to whom he can best connect. 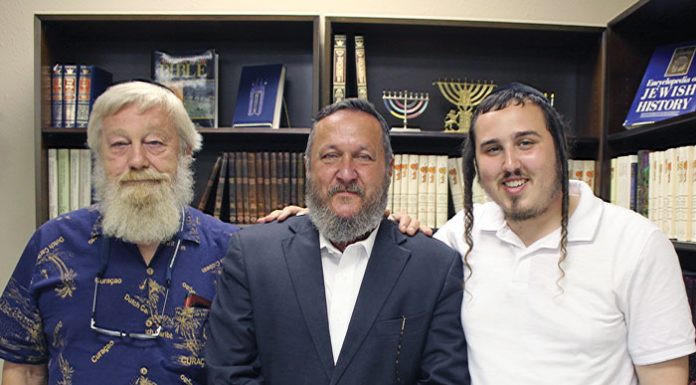