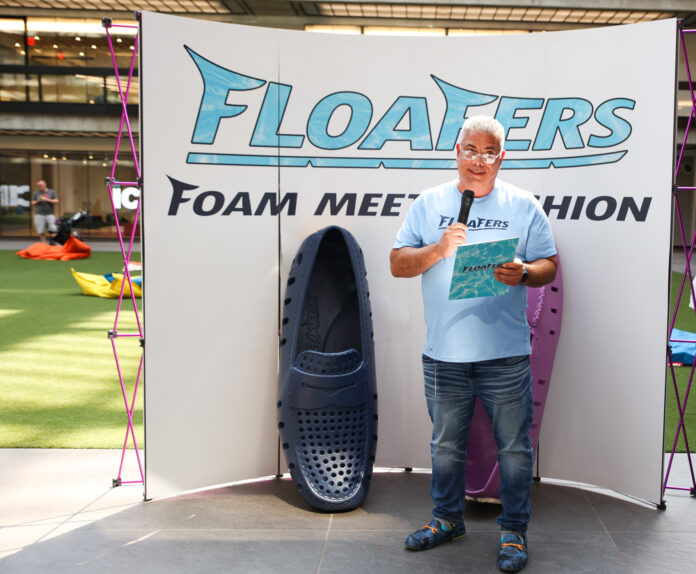 Sometimes a person moves through his career, working various jobs and succeeding at them until he ultimately fulfills his dream of running his own company. That is the story of Larry Paparo, CEO of Floafers.

Larry started his career in the family shoe store as an expert shoe fitter, working his way up to manager, then regional manager. Eventually, he ran the footwear divisions for mega brands such as Kenneth Cole and Steve Madden. At one point, he also started his own shoe manufacturing business, producing shoes for brand-name companies. Larry increased sales for the shoe divisions of these companies to the tune of hundreds of millions of dollars, but he wanted to do something different—something that would be the culmination of decades spent in the footwear business. Something he would be proud to make his own, something that would revolutionize the industry. That something turned out to be Floafers.

Floafers are just what their name implies: floating loafers, reinterpreted in lightweight, breathable foam that delivers on style, wearability and comfort. Larry took the Floafer-style shoe, a new concept in the industry, and turned it into a household name.

Our talk took place in two unique Zoom calls. In the first, Larry was at the Floafers offices located in their luxury office space at Bell Works in New Jersey. Behind him was every type of Floafer imaginable—definitely the most colorful background of any Zoom call I have been on in recent memory.

In our second call, Larry took me on a virtual tour of the flagship Floafers store, also located in Bell Works, for a behind-the-scenes look at his business model and greater insight into how he built Floafers into one of the fastest growing shoe brands in the United States.

Though Floafers has grown into a national brand, Larry mentioned several times and with obvious pride the fact that Floafers are being worn by Jews of all ages.

Although my father is Sefardi, my Hebrew name is Laibel. My maternal grandmother used to call me Leibish. Everyone else has always called me Larry, though.

“I was born and raised in Brooklyn. I have a twin brother Michael; we were born seven minutes apart. My maternal grandfather, Meyer, was also born in New York, and he had a clothing factory in downtown Manhattan. I remember going to the factory as a kid, when my father was a manager there. I’d sometimes get up at five a.m. to go there before school.

“I grew up at the edge of Boro Park, in a home my grandparents owned. They lived downstairs and we lived upstairs. I’m the oldest of four siblings. We had a simple home; we lived a regular lifestyle, but nothing more.

“We kept some Jewish traditions growing up, but we weren’t religious. When my father passed away ten years ago, Rabbi Levy of the local Chabad came to help us with a minyan because we truly had no idea what to do. They sent ten men to my house within ten minutes.

“I went to a local public school growing up. I spent lots of time on the streets, often getting into fights with kids who were older than me. If someone had asked me back then what I wanted to be when I grew up, I would have told them, ‘I want to be alive.’ There was so much violence around me.

“Entrepreneurialism runs in my family. Many of my family members worked in the electronics business. I went to work in the family store, Louis & Clark, every weekend and during every holiday season, whenever I was off from school. I did this from the age of 12 and through my teen years.

“My father was the manager of another electronics store called 4 Guys, and I did the grunt work there. I stocked the store, schlepped boxes and cleaned the floor. Whenever I had an idea of something I wanted to do, like work the register, my father would simply hand me a broom or a Windex bottle.

“One day, my brother and I came in to work and my father told us he had a real important job for us: move all the merchandise that was on the third floor up to the fourth floor. Now, the third floor was loaded with heavy boxes, typewriters, giant TVs that were bigger than me—a ton of stuff. But we moved it. The next weekend, he told us that they made a mistake and now everything had to go back to the third floor. We just stared at him. But he said, ‘You want to work? This is what you have to do.’ To this day, I have no idea whether he really changed his mind about where to store all that merchandise, or if he was just trying to teach us a lesson.

“I observed the salesmen working behind the counter, studying their language and behavior. When I finally got the chance to sell, I did a pretty good job; I turned out to be a natural.

“As a teenager, I spent more time on the streets than at home. I learned how to make money on the streets, too. One day, my mother was shopping at a shoe store in Brooklyn called Lester’s. My family was close to Lester, the owner. It was just before Passover and there were really long lines. After waiting for hours, she finally asked Lester, ‘What’s going on here? Why do I have to wait so long?’ He told her, ‘I can’t find workers.’ My mother said, ‘You know what? My son is out there doing who knows what. I’m sending him over here to help out.’

“At that time, I was 16 or 17 years old, and I was making upwards of $100 a day on the streets. But I looked around at the guys who were older than me and still hanging out on the streets, and I knew I didn’t want to be like them when I was older. That was no future. And anyway, my mother made me go to work at Lester’s (laughs). I became the stock boy there. Every day after school, at two or three p.m., I’d call the store to see if they got any new shoes that day that they needed me to put away. I worked for a grand total of $3.35 an hour, a few times a week.

“One day, I saw a lady open a box of shoes for her kid to try on. The tissue paper in the box was messed up because they had been tried on before, and when she went to pay, she asked for a discount. She said she wanted a fresh pair of shoes. That stuck in my mind.

“Now, I had lots of time in the back room, so I decided to organize our entire inventory, thousands of shoe boxes. It took me two or three weeks, but I created a system, organizing the shoes by category and size. Plus, remembering that incident with the woman and the messy tissue paper, I repackaged every pair of shoes so they looked new and fresh. 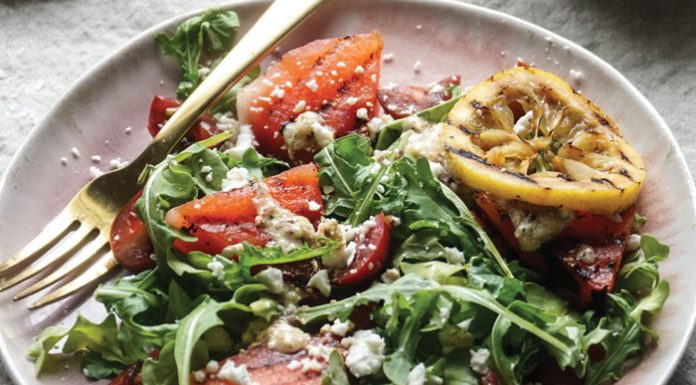 The UK Plunged into Mourning // After a seven decade reign, Queen Elizabeth dies