As I knock on the ordinary looking front door of a ground-floor Jerusalem apartment, I see only four English letters: PICK. To her neighbors, Hannah Goslar-Pick is known simply as Mrs. Pick. But to millions of Jews and non-Jews throughout the world, the woman who lives here is Hannah Goslar, or Hanneli, the childhood best friend of the young girl who became arguably the most famous Holocaust victim—Anne Frank.

Many classrooms have read Alison Leslie Gold’s Memories of Anne Frank: Reflections of a Childhood Friend, which tells the story through Hannah’s eyes, and Hannah receives letters from children around the world. Hundreds of audiences have listened to her story of tragedy and survival. Today, Hannah is a dignified 94-year-old matron living in the religious neighborhood of Kiryat Moshe, near the Gesher Hameitarim (String Bridge) entrance to Jerusalem. Although she has recently returned home from a hospital stay, she greets me warmly in her trademark cloche-style hat with a wide brim.

For the vast majority of people around the world, if they know anything about the Holocaust, it is through Anne Frank, even though her diary barely touches on the heinous aspects of the Holocaust, since it ends before she and her family were discovered in the secret annex and deported to the camps. The Diary of a Young Girl has been printed in 71 languages and has sold over 30 million copies. In her diary, Anne often writes about her childhood best friend and neighbor, Hannah Goslar. Although the girls were separated for a period of years during the Holocaust, the stories of the Frank and Goslar families are intertwined.

Hannah Goslar (often called Hanneli as a child) was born in Berlin. Her father, Hans, an economist and journalist, was the deputy to the minister of domestic affairs. Although he was one of the highest-placed Jews in the government, he was not spared when the Nazi Party came to power and thousands of Jews lost their positions.

Hans had an unusual path to observant Judaism. He was an only child, born into an assimilated German-Jewish family. When he was sent to Poland as a German soldier during World War I, he encountered large, warm chasidic families for the first time. He returned to Berlin and became shomer mitzvos. From that time, he refused to work on Shabbos; in order to make up the missed day, he would go into his office on Sundays and spend the day working there alone. He was among those Jews who realized immediately in 1933 that they had to leave.

Hans, his wife, Ruth, and five-year-old Hanneli went to England, where Hans was to take up a position with the Unilever Company. However, when he explained that he would not be working on Saturdays, the job disappeared. Hans had a choice to make: take his family to the United States, to Eretz Yisrael, or to the Netherlands. He was a fervent lover of Eretz Yisrael and planned to settle there eventually. In the interim, “he made the wrong choice and went to the Netherlands,” says Hannah ruefully. 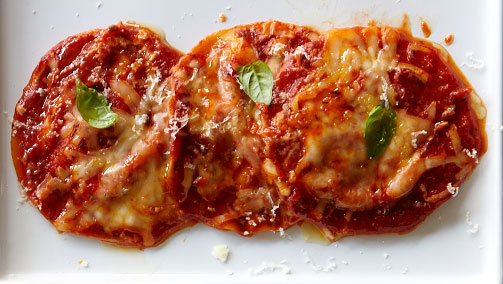 The Ultimate in Cooperation // I have an unusual proposal ...