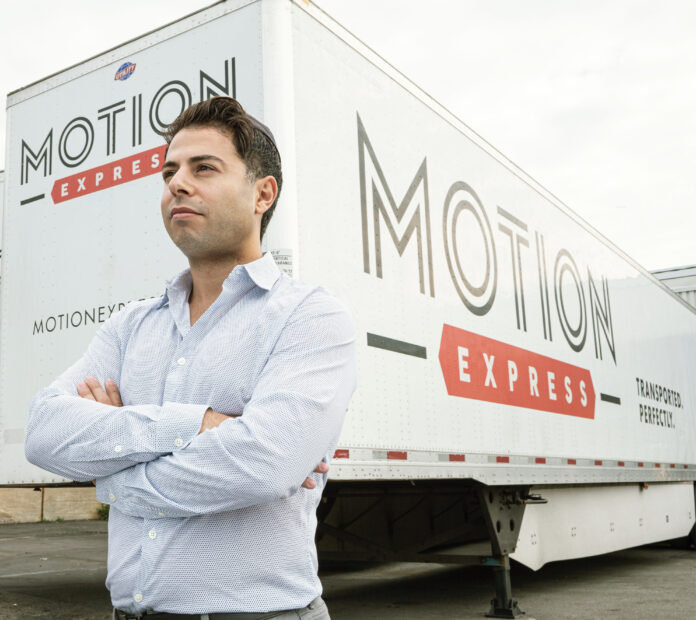 Every time I see a big truck, I am fascinated by the process of how things get from one place to another. What does it take to get an item that is manufactured on the other side of the world all the way to your doorstep? Nathan Capach had that same fascination, and he channeled that interest into a successful trucking company that now transports goods all across the United States.
Nathan’s story is a lesson in how to build a business based on solid principles. He started out with one van and then progressed to a truck, continuing to grow until he arrived at an impasse. Recognizing that he needed someone to help him take the business to the next level, he took on his good friend as a partner, and the business took off.
Nathan takes customer service seriously and believes in developing personal relationships with his clientele. In our conversation, you will find practical advice for anyone with a service- or product-based company. He emphasizes that focusing on a sale is counterproductive, and that one should make it a priority to convince the customer to try the service once and trust that a sale will follow.
Our conversation was spirited and easygoing, reflecting Nathan’s laid-back nature and his enthusiasm for his work. Enjoy!
—Nesanel

“I was born in Brooklyn, New York—Maimonides Hospital, to be exact—but I grew up in Monsey. I went to Rabbi Stein’s yeshivah in Westchester for elementary and then to Ateres Yisrael in Toronto for high school.
“When I was a young child, my parents were not really religious, but they sent me to frum yeshivahs. I’m the only son; I have four sisters. My father was a taxi driver, but today he mostly learns. My parents were chozer biteshuvah soon after we moved to Monsey.
“I had a hard time focusing on my learning as a teenager, and I went through a bit of a difficult period at the end of high school. When I put my head to it, I was able to focus and learn, but it was hard for me. After high school, I got my first job working in an ice cream store. I was there for about six months. My next job was delivering clothes for a dry cleaner. I had a great boss, and I felt comfortable driving for a living. I did that for a few years until my next job, where I worked as a truck driver.
“I was always into the concept of transportation, even as a kid. I was fascinated by cars, buses, trains, and the whole idea of moving things from one place to the next. I was 22 when I started working as a truck driver. I enjoyed the business aspect of it, but I did not enjoy driving a truck for long periods.
“I saw the business of transporting goods as an opportunity to start my own business, so I bought a van and did exactly that. I couldn’t really afford it, though. I went to a friend of mine who worked at a leasing company to look for the best deal. I borrowed $10,000 from another friend to cover the down payment, and I financed the rest.
“I called a few people I knew and asked if they needed things moved for their businesses. I got some small jobs, transporting things like envelopes, boxes and pallets. I did the deliveries and the schlepping all on my own.
“I did anything that involved transporting goods from one place to another. I wasn’t moving people’s entire houses, but I would do small moving jobs, delivering any product that needed to be transported, like pharmaceuticals and flooring. Anything I could get my hands on, I moved it.
“But it was breaking my back, literally. I was schlepping heavy boxes upstairs and downstairs. Unless the job was on Shabbos, I would not say no to a customer. I would get up at three or four a.m. and sometimes go as far as Massachusetts to make a delivery.
“I took any job as long as I could carry the items by myself. At one point, I started getting offers for larger jobs that I could not handle on my own. For example, people wanted entire trucks full of pallets. I couldn’t handle those jobs, so I would sub them out. When I did that, I only kept a small percentage of the income.
“One day, I thought to myself, If I’m going to do it, let me do it right. It was time for me to build a real business. And to do that, I knew I needed something bigger to make larger deliveries. I hired my first driver and leased a truck of my own. I then took a chance on myself and leased three trucks from Ryder.
“In this industry, it sometimes takes between six months and a year for a truck to come in after you order it. I got the first truck after six months. Baruch Hashem, once I had a truck, business started picking up.
“Even after I had my first truck, I continued doing everything involved in running the business. I did the dispatch, the billing work, and some of the driving and schlepping. It was a lot. At the same time, I was still trying to bring in new customers. I was constantly cold-calling and doing anything I could to get work. I practically begged for jobs.
“At one point, my entire family went to Israel, and I stayed behind to focus on my business. The first year, I sacrificed my personal time to grow the business. I didn’t go to any events or parties. I didn’t go on any vacations. I just focused on the business.
“I saw major growth, but it was the hardest year to date. The truth is that it’s still hard to manage the business, but at least now it’s established and we have a system in place, so things run more smoothly.
“I’ve always gone to meet potential clients in person so they can put a face to the voice and know that there is someone who will be responsible for ensuring the job gets done. In this industry, there is a lack of personal interaction. Currently, we have a couple hundred clients, and I have a personal relationship with every one of them. 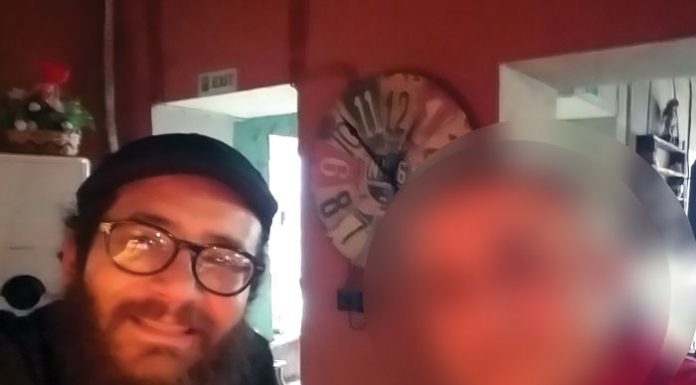