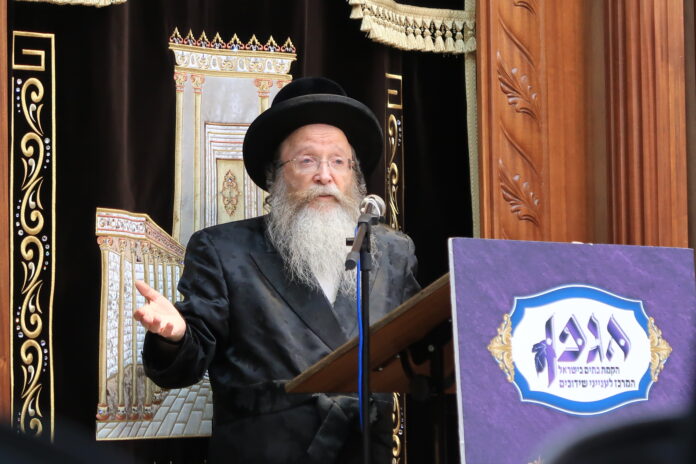 There is no day in the year that is more mesugal for shidduchim than Yom Kippur.

The Mishnah in Taanis (26b) states: “Rabban Shimon ben Gamliel said: There were no days as joyous for the Jewish people as the 15th of Av and Yom Kippur, as on those days the daughters of Jerusalem would go out dressed in borrowed white garments [rather than their own] so as not to embarrass someone who didn’t have her own dress…

“They would go out and dance in the vineyards. And what would they say? ‘Young man, lift up your eyes and see what you are choosing as a wife. Do not set your eyes on beauty but on a good family, as the verse states, ‘Grace is deceitful and beauty is vain, but a woman who fears Hashem shall be praised’ [Mishlei 31:30]. It further states, ‘Give her the fruit of her hands, and let her works praise her in the gates’ [Mishlei 31:31].

After Minchah on Erev Yom Kippur, the Chasam Sofer would occupy that precious time by redting shidduchim, especially for orphans. He would say that he needed that zechus in order to achieve atonement on the yom hakadosh.

It is told that Rav Shteinman said that there are two troubling situations that allow him no peace of mind: older singles who haven’t been able to find a soulmate, and the number of married couples unable to have a child. He added that the Torah indicates that the two are interrelated, and that one may provide a resolution for the other.

He explained that when Sarah was barren and enabled Avraham Avinu to have a child by giving him her maidservant Hagar, she told him, “Perhaps I can build a family through her” (Bereishis 16:2). “In the merit of my bringing her into my own house” (ibid. Rashi). The Torah is thus teaching us that when a person helps someone else have a child that individual is promised to have one as well. And since this can only happen via marriage, the individual’s meritorious act will be a zechus for him or her to find a zivug.

The noted posek Rav Chaim Schmerler, whom I have the great privilege to meet today, has dedicated his life to getting people to help older singles find a shidduch through his organization, Hagefen. He serves as the rav of the Sanzer beis midrash Heichal Tzvi in Yerushalayim. He previously served as rosh yeshivah of Oraisa and is now rosh yeshivah of Chayei Torah, both of which are for older bachurim.

By heeding his call to help older singles find their bashert, may we merit to have a gmar chasimah tovah, and may all our needs be speedily fulfilled.

The building we are in is the Sanzer beis midrash. The Rebbe, may he be well, appointed me as the rav here 26 years ago. The old beis midrash was located in Batei Varsha, but it was sold as part of the effort to construct this building, in addition to other monies that had to be raised. I always tell the yungeleit that they can find marble and other niceties in many places, but Torah, avodah and gemilus chasadim are what make a true makom Torah as befits the Rebbe, the baal Shefa Chaim, zt”l, whose entire neshamah was Torah. Baruch Hashem, we have been zocheh to that.

The Rebbe’s neshamah was also chesed. My mother was in the same DP camp where he was, and she told us how the Rebbe would bentch the girls every Friday night. He would say, “You don’t have a father to bentch you, so I will bentch you instead.” My mother had many other memories of his chesed there. He once showed up at my mother’s bunk because there was an American military Jeep parked out front, and he was looking for the American soldiers to bring a person who just passed away to kever Yisrael.

My father, zt”l, who was the rosh yeshivah, used to say that the Rebbe was known as a stern person, but when people got to know him even slightly they immediately saw that he was full of compassion. He had both middos, as he was also very sharp. He couldn’t tolerate even the slightest deviation from the truth.

Where did your father meet him?

My father was born in Vienna, and his family moved to Yerushalayim when he was a child. He learned in Chayei Olam under the Tchebiner Rav, who was the rosh yeshivah there at the time.

In 1956, when he was a yungerman, the Klausenberger Rav came to Eretz Yisrael for the first time. My father heard that a Sanzer einikel who had survived the Holocaust and was like a fiery flame had arrived in Eretz Yisrael. Since my father came from a Sanzer family, he decided to go and visit the Rebbe. From the very first davening, my father said, “Poh eisheiv ki ivisiha—Here I will dwell, for this is what I desired.” The Rebbe was like a pillar of fire. When he davened, he would cry rivers of tears. My father became the transcriber of the Rebbe’s teshuvos.

He was from a chasidishe background?

Rebbetzin Mirosh was widowed at a young age, and in her later years she was taken care of by Rav Mendel of Rimanov. In fact, she’s buried right near the tziyun of the Rimanover Rebbe; her tziyun has a fence around it. It is said that just before Rebbe Elimelech passed away, Rebbetzin Mirosh asked her father how she would be able to support herself. In response, he gave her a handful of straw from the bag he was using as a pillow and told her that she would be able to sell the straw and live off the proceeds.

Three years before my father passed away, when he was already in a weakened state, he was staying with my brother in Haifa. My brother is a big machnis orach, and he brought my parents to come live in his house. During that time, he told my brother about the straw and mentioned that he still had some. He hinted that he wanted to be buried with a piece of it, which is what happened. We all inherited some of this straw. But the only thing that ultimately accompanies a person to the next world is his mitzvos and maasim tovim. 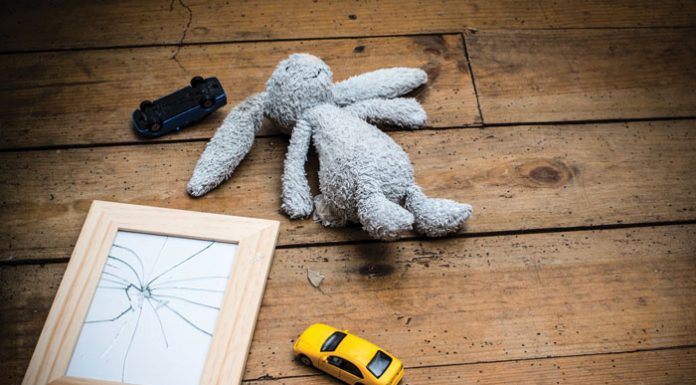 Child’s Play // There was something wrong with my daughter’s playmate. Should I say something?

Mechilah is not an ATM Machine

To Vax or Not to Vax?//Dr. Alan Kadish, President of Touro...