If anything positive can be said about the New York Times, it is that its reporters sent out an email last week to various community outlets forewarning them that a negative article in the “paper of record” about chasidic yeshivos was imminent. And the reporters indeed delivered as they promised.

The Times’ hit piece, which appeared this past Sunday, dedicated some 7,000 words, beginning on its front page and continuing for four more full pages, to disparaging the chasidic community and its yeshivos, cherry-picking data and haphazardly generalizing based on its conversations primarily with a few disgruntled people who have left the Orthodox community. Flirting with anti-Semitic tropes, “Failing Schools, Public Funds” was the journalistic jeremiad’s headline. Then, to add insult to injury, the Times translated the article into Yiddish, so that our “uneducated” youth would be able to appreciate its fine points.

In a well-reasoned editorial, the New York Sun addressed the New York Times’ article, and also editorialized on the issue of pending new New York State Education Department regulations for private schools, asserting that “In this fight, the Sun is on the side of the yeshivas, including the most fundamentalist ones. We see this as among the most important religious freedom disputes.”

And, with regard to the New York Times’ reporters’ lament that chasidic leaders wouldn’t speak with them, the Sun editorialized that “One can hazard a guess why most yeshivas don’t want to talk to the Times. It appears, at least to the Orthodox communities themselves, to be part of a drive to clamp down on them in respect of their curricula that’s up for consideration this fall by the Board of Regents.”

Moreover, as Professor Moshe Krakowski, who directs Yeshiva University’s Azrieli Graduate School for Jewish Education and Administration, and whose areas of expertise include the chasidic school system, told us, he offered to speak to the Grey Lady’s reporters, but, apparently fearing a positive perspective, they declined.

“The critical thinking,” he wrote in 2018 in the Forward, “textual analysis, reading comprehension, argumentation skills; the historical knowledge, the foreign language acquisition, the legal concepts; indeed, the Jewish culture, tradition, and ethical behavior… embedded in these schools’ religious study are genuinely remarkable.”

Ami’s columnist Rabbi Avi Shafran pointed out that the hit piece’s main thesis, the hopelessness of chasidim’s economic prospects, would have been belied by a look at any chasidishe community, a look the Times’ writers chose not to take. “Were the reporters really unaware of the countless successful small and large businesses of every sort run by chasidim? Of the communities’ plumbers, electricians, car repairmen, IT specialists, accountants, physical therapists, social workers… And, yes, doctors and lawyers and salespeople. And butchers and bakers (yes, even candlestick makers).”

We indeed have nothing to be ashamed of or to apologize for. The Orthodox Jewish community is second to none. Everyone is welcome to visit our thriving chasidic neighborhoods and see that for themselves.

As we go to print, the Times contacted all of New York State’s elected officials to try to back them into a corner for a comment on their hit piece.

Truth be told, another positive thing can be said about this entire episode. If anything, it has reinforced the chasidic community’s resolve to continue providing its children the best education in the world, one that is informed by religious principles and time-honored values. 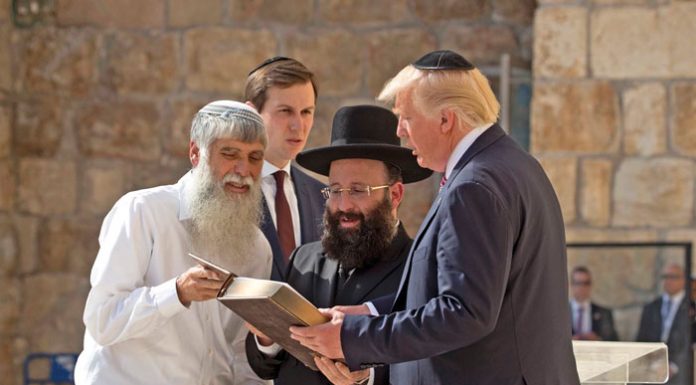