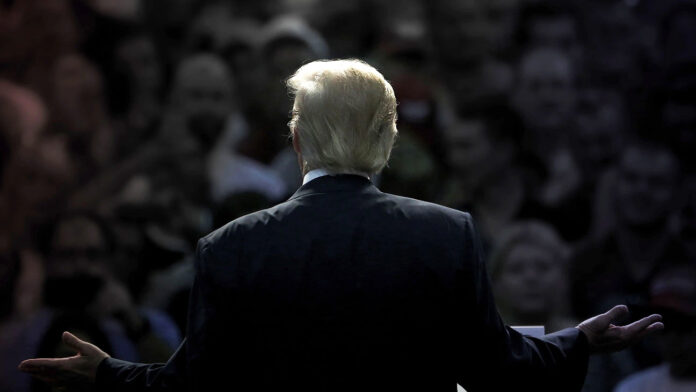 Rudy Giuliani was notified today that he is the target of a criminal investigation in Georgia, which probably means that he will soon be indicted. How significant do you think that is for Donald Trump?
It’s extremely significant. First of all, a target is defined by the Department of Justice as someone whom prosecutors have enough evidence to indict. If they have enough evidence to indict Giuliani, it seems to me that they’re very close to Donald Trump, as well, because they have him on tape in Georgia. That’s about as good a case as you can get, where he’s telling [Georgia Secretary of State Brad] Raffensperger to find the votes he needs to beat Joe Biden. I’d say that it’s hard to distinguish between the two of them, because Giuliani was there acting for Trump. Then you combine that with the Lindsey Graham situation, where Graham called Raffensperger twice about the absentee ballots and was basically rebuffed. And then Trump called to ask essentially the same questions that Graham was asking. I’d say it looks like they’re closing in on Trump, as well.

I would assume that the case is going to hinge on the tape of that conversation, but if I were Trump’s attorney, I would argue that he was convinced that a lot more votes than he needed were stolen, and to his mind he was just asking to get those votes back rather than doing something criminal. As a prosecutor, how would you deal with that?
That’s pretty easy to respond to, because the whole thing is established on this big lie that the election was won by fraud. This goes back to 2016 when Roger Stone started the “stop the steal” movement during the Republican primaries. They were already saying then that the only way Trump was going to lose was if the election was rigged, and lo and behold he won both the primaries and the general election, so he was never able to use that technique back then. But when he lost in 2020, he pulled out that technique, which is designed to undermine the system and say that he didn’t really lose, the system itself was rigged, and there was fraud.
It’s a technique that he even recommended to his friend, Dr. Oz, in Pennsylvania—declare victory. That’s his election technique, even though it’s designed to undermine the process and integrity of the vote. What he told Raffensperger was essentially the same thing he told [Arizona House Speaker Rusty] Bowers in Arizona; it was repeating the same litany of lies about dead people voting. The whole thing almost repeats itself over and over in each of these states. Then you combine that with the phony electors they came up with to try to persuade Pence not to count the votes for Joe Biden.
What’s interesting about the tapes is that as a defense lawyer you would normally argue over the ambiguity you might find in the tapes, but the problem Trump has is that all of the evidence gathered by the January 6 Committee would be admissible in a trial in Georgia, to show intent, motive and pattern. When you put all of that together in the context of those tapes, it’s a pretty powerful case.

I guess the willful blindness argument would work against him as well.
Yes, but you don’t even need that. It isn’t just willful blindness; it’s not like he just looked the other way when things that he should have known were unlawful were done. He was basically directing all of the unlawful activity. He was in charge of the business with the fake electors, he put John Eastman in touch with the Republican National Committee, he knew what was happening on January 6 and that people who were there were armed, and he still encouraged them to go up to the Capitol. I think that there’s more that we don’t know about with regards to Roger Stone and any connections there may have been with the Proud Boys and the Oathkeepers. What people have not focused on is that those two cases that were developed between this past December and April have five cooperating witnesses. They were dealing directly with Roger Stone, who was dealing directly with either Mark Meadows or Donald Trump. There’s a lot that can be put together here, and Georgia is just one piece of it.