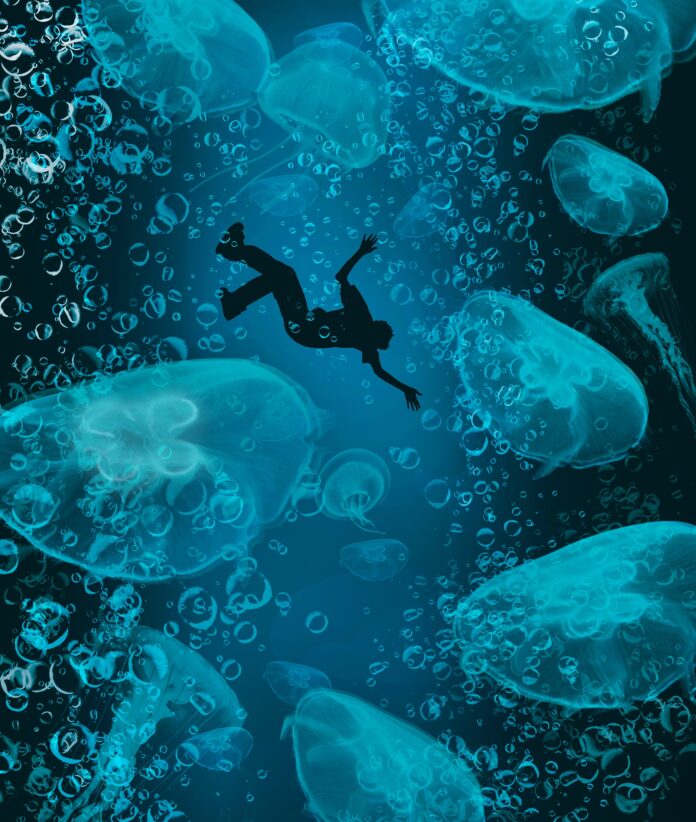 When everyone else is splashing around in the pool, do you jump in and join the fun, or watch them from the deck? The number of adults who aren’t comfortable swimming
is much higher than you think.
Zahava Shapiro wants you to know
it doesn’t have to be that way

Zahava: I was seven years old and going into second grade and had never been in a pool in my life. I grew up in Brooklyn. Pools weren’t very accessible in those days, and we didn’t go to the country. I’m the oldest in my family, and my mother didn’t realize that the time had come for me to learn how to swim. It was the first day of camp, and the head lifeguard was giving a lecture on the rules while we all sat on the steps of the pool. I got bored and decided to explore a bit. I walked down the steps—and before I knew it, the water was over my head. I remember just standing there, feeling it entering my mouth and nose. I didn’t struggle or splash. Eventually, a lifeguard noticed that something was wrong and pulled me out. I spent the rest of the day trying to get rid of the burning sensation in my sinuses and the bitter taste of chlorine in my mouth.

Right after this episode, my mother signed me up for private swimming lessons with one of the lifeguards. By the end of the summer I had passed the deep-water test, but I was far from comfortable in the pool. It was determination and willpower that had gotten me through those lessons. (The fear of getting water up my nose was so strong that I swam with a nose clip for more years than I care to admit.) Despite the residual trauma, I still loved being in the pool, and swimming became my favorite summer activity. That year, my seven-year-old self discovered the thrill of learning a new skill (a feeling to which I am still addicted—if I didn’t have to provide for my family, I’d just collect degrees and make learning my full-time job).

When I came home from seminary over a decade later, I was struggling to figure out what I wanted to do with my life. I took an office job, and on the side I began to check items off the bucket list of things I wanted to accomplish.

One of these items was to get certified as an LTI (Lifeguard Training Instructor). I had already become a WSI (Water Safety Instructor) at the age of 16, meaning that I was trained to teach people how to swim. By now my family had moved to Monsey, and there were no women’s-only courses being offered. I finally found someone who was willing to work with me in Poughkeepsie; I traveled an hour and a half each way until I received my certification.

I have tremendous hakaras hatov to Gila, the woman who hired me to teach at a local swim school on Sundays. I was still a newbie at the time and not very good. But she saw my potential and took the time to teach me how to structure my lessons to get the most out of every child. During the week, I was still working in an office, but in my free time I was busy researching how to be a better swimming teacher.

That was only the beginning of Zahava’s quest to master her craft. She started by becoming a coach in Total Immersion, a program created by the late Terry Laughlin that focuses on helping swimmers and triathletes who swim inefficiently and get out of breath easily. On the last day of the course, Zahava asked for guidance on the next step in her journey.

“I want to learn more,” she said. “What else is out there? What do you recommend?” It was the first time she’d ever heard of Miracle Swimming, a program created by Melon (Mary Ellen) Dash.

The Miracle Swim Institute (MSI) was unique in that it taught instructors how to teach fearful adults how to overcome their fear of the water. It also helped Zahava heal any vestiges of trauma remaining from her childhood. The turning point came when she realized that there were many others who were holding onto similar feelings.

“There’s a big difference between managing fear and healing it. Parents who aren’t comfortable in the water often pass that down to their children. After all, why would you expose your child to something you’re afraid of? Ninety percent of my adult clients have one or both parents who don’t swim.”

I’m surprised when Zahava tells me that most of the people she’s met from the Caribbean—places like Jamaica, the Dominican Republic and Guatemala—don’t know how to swim.

“I can’t tell you how many stories I’ve heard. They’re all pretty similar. ‘When I was four years old we were playing in the river. Then I slipped and my grandfather pulled me out. I’ve been terrified of water ever since.’ 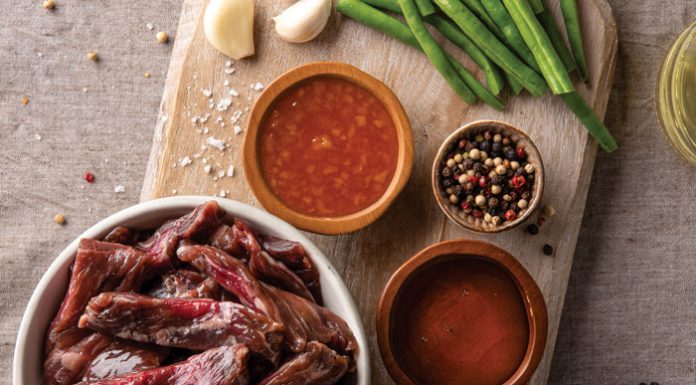 The Lamplighter // Conversations with a number of influential women about...