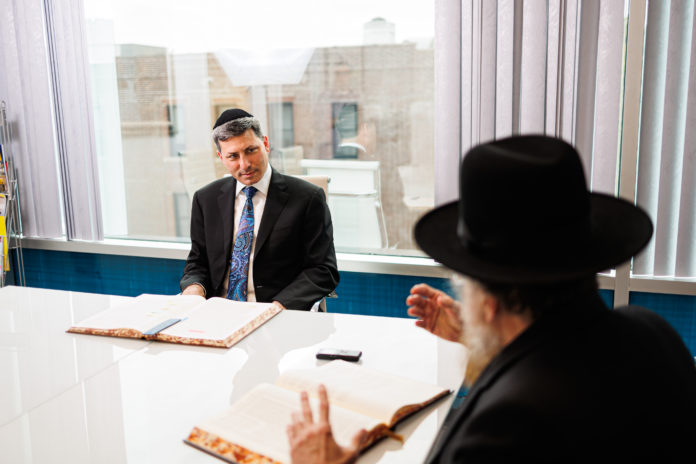 What started out as a simple shiur has now become a movement of Yidden from all walks of life and geographical locations who might otherwise never have connected. What is this unique family, you may ask? The Merkaz Daf Yomi family, whose members all listen to Reb Eli Stefansky’s Daf Yomi shiur.
Here’s what happened:
Starting out as a wedding caterer in his wife’s hometown of Chicago, where the couple resided after they got married, Reb Eli Stefansky slowly began to acquire real estate across the United States. Then, in 2013, shortly after building a spectacular home, Reb Eli decided to move with his family to a simple apartment in Ramat Beit Shemesh in Eretz Yisrael.
A few years later, in 2018, Reb Eli—a dynamic and engaging individual by nature—thought it would be a great idea to give a weekly shiur in his house. Every Thursday night, he began to give a summary of the previous seven dafim of the Daf Yomi, accompanied by a full leil shishi buffet. A few members of his shul then asked him to deliver a daily Daf Yomi shiur, to which he agreed. Others requested a daily summary of the Daf, to which he also acquiesced. He was now giving two daily shiurim: a 45-minute shiur on the Daf Yomi, and the “8-Minute Daf” daily summary. Both were posted online and acquired a huge following.
In January of 2020, when the new cycle of Daf Yomi began, Reb Eli moved his shiur to its new home: a building he constructed specifically for Daf Yomi. Dubbed Merkaz Daf Yomi, its initials have now become synonymous with the shiur. Although the daily shiur initially had several dozen in-person attendees and a couple of hundred people watching online, there was so much enthusiasm among listeners that a number of impromptu WhatsApp and text message groups were formed in different locations.
Equally fascinating is the broad range of participants, ranging from a rosh kollel in Manchester to balebatim in Boro Park. All groups of Yidden are represented—chasidim, Litvish, Sefardi, Modern Orthodox and everything in between—with listeners across the United States, Canada, the UK, Brazil, South Africa, Argentina and Eretz Yisrael. There are people in remote places of the world who credit MDY as their sole source of Torah learning: a businessman in China, a student in Alaska—even a Yid who lives near Reb Shayala’s kever in Kerestir.
These days, world-renowned surgeons, lawyers and politicians are learning together with venerable talmidei chachamim and bachurim—even children as young as eight or nine years old. Members of the shiur feel a kinship and look for ways to help each other, in happy times as well as when tragedy strikes, Rachamana litzlan. Their enthusiasm for learning is contagious, with new people jumping into the Daf every day.
For the recent conclusion of Maseches Yevamos, MDY hosted a mega siyum at Bell Works in New Jersey. Nearly 2,000 people attended the event, which enabled many participants to meet each other in person for the first time. In the course of the festivities, Reb Eli delivered a shiur on the first daf of Maseches Kesubos, which may have been the largest in-person Gemara shiur in recent history.
Shortly before the siyum, Reb Eli took the time to visit Ami’s offices. What started out as a discussion of the revolution he has wrought turned into a spirited and in-depth conversation lasting several hours. 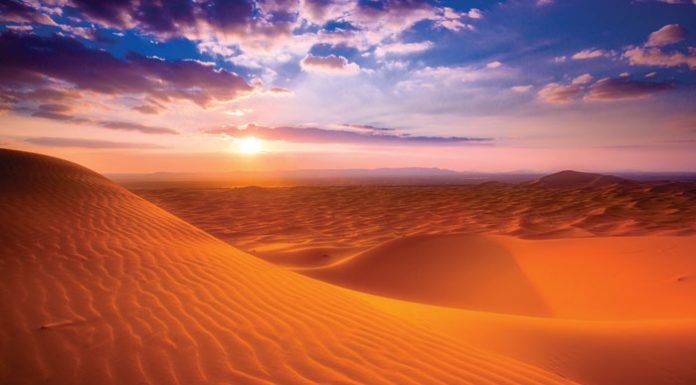 Destination Sahara // The search for Jewish history in the Moroccan desert

The West Targets Putin’s Oligarchs // Who are they and why...