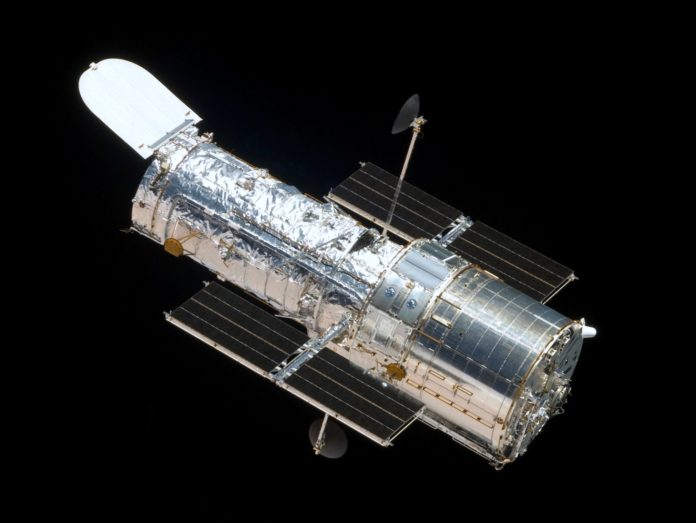 A light-year is a measure not of time but of distance. It refers to how far light—which, as it is reflected off things, yields what we perceive with our eyes—travels in 365 days. Considering light’s speed—186,000 miles per second—that is quite a distance. Around six trillion miles, as it happens.

The latest human venture into space exploration, the James Webb Space Telescope, 30 years and nearly $10 billion in the making, represents the combined effort of about 20,000 engineers, astronomers, technicians and bureaucrats, according to its current project manager.

Positioned nearly a million miles from earth, the Webb telescope’s first full-color photos were shared with the public last week. The objects in the images are some 4.6 billion light years away. (Please reread the first paragraph to get a true sense of proportion here.)

It’s astonishing to gaze upon the Webb-produced images of wispy, gargantuan nebulae (interstellar clouds of cosmic debris and gases) and clusters of galaxies—each of them comprised of, on average, a hundred billion stars—stars like the one relatively nearby (about eight light minutes away) that we call the sun.

Similar, if less distinct, images have been seen before, captured by less advanced and closer-to-earth marvels like the Hubble Space Telescope, launched in 1990. But Webb has already presented us with not only sharper pictures of what we’ve perceived thus far, but captured images of even more distant reaches.

It’s likely that those images and the ones to follow will come to yield new facts, ideas and theories about the cosmos.

But what strikes an untrained eye (or even a highly trained one, if it is accompanied by a mind open to wonder) is Webb’s most obvious revelation: that, peering even further and more clearly into space than humans have ever before done, we see that there is so much…more of the same. That a seemingly limitless number of galaxies just like the ones closer to us exist, as well, so much farther away.

The universe’s span seems infinite; and perceiving its entirety, impossible.

There’s a good reason the Hebrew word olam, universe, has the word ilum, “hiddenness,” as its root.

When contemplating the new images of unimaginably distant bodies, one wonders why Hashem’s creation includes things that humans over the entire course of history could never see until now. Galaxies and nebulae invisible to anyone without access to powerful telescopes. Deep-sea creatures that are wildly beautiful or that look like a madman’s fever dream. What are such wonders for, and why do we get to see them today when no one over human history until recently was given the opportunity?

Perhaps such revelations of the heretofore never seen are needed, to, at pivotal times, put us in our places.

What I mean is that, once upon a time, merely looking up at the sky at night was enough to send a shiver of awe. But we’re too jaded these days to be so easily awestruck. And when great strides in science and technology are made, when new things are discovered and others invented, it is only natural for a sense of great accomplishment to settle in. And understandable pride easily slides into unhealthy hubris.

The revelation of new, undreamed-of wonders, thus, might serve as a damper on humanity’s conceit.

“Yes, little ones,” we might imagine Hashem saying. “You’ve done a fine job sequencing genomes, harnessing nuclear energy and building and launching nifty telescopes. Now, contemplate a tardigrade. Or an anglerfish. Or gaze upon an image of UDFy-38135539, the farthest cosmic object thus far perceived by humankind.

“And be reminded thereby how very small and limited you are, how much more there is, that, despite your proud advances, still lies beyond your ken.”

And so, the Webb telescope’s successful transmission of mind-boggling images is more than a major technological advancement, and more than the yield of billions of dollars, and more than the result of the time and efforts of tens of thousands of men and women.

It is, at least to minds sufficiently sensitive and open, a much-needed mussar sefer.

Scratch That!! // When Ordinary Sounds Are Like Fingers On A...

Would the End of the Filibuster Lead to Chaos? // The...

Comical Comparison // Not all Molotov cocktails are alike