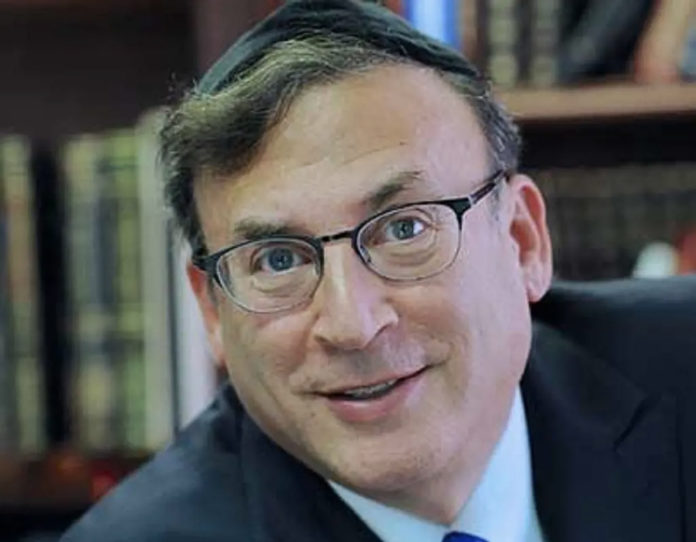 Together with his many talmidos and talmidim, Ami Magazine deeply mourns the untimely passing of Rabbi Zechariah Wallerstein at the relatively young age of 64.
Born in Boro Park and raised in Monsey, where his family moved when he was four years old, he got married in 1978 and settled in Brooklyn, where he lived ever since. In his youth, Rabbi Wallerstein learned in Yeshiva of Spring Valley, then Bais Shraga in Monsey, and then in the Mir in Brooklyn. While he supported himself and his family from a plastic bag business that he ran, he helped the Jewish community’s youth in countless ways, and many people gained from his advice and lessons for decades.
Rabbi Wallerstein’s best-known accomplishment was the Ohr Naava educational organization, which he founded and led since 2004, educating young women toward living a deeper Jewish life. He also founded many other programs, including Ateres Naava Seminary, Tiferes Bnos Yisroel Seminary, Ateres Miriam Seminary, Bnot Chaya Academy, Hakaras Hatov Initiative, Ohr Naava Shidduch Initiative, The Yutta Zicherman Crisis Center for Intervention, and the groundbreaking, therapeutic ranch in Bethel, New York. His work included support for those who felt downtrodden or were abused, and he established therapeutic methods to help people regain their footing in life.

Few people understood better the needs of our youth or did more to help them than Rabbi Wallerstein. In fact, if there is anything we should regret, it is that we didn’t pay more attention to his keen insights and follow his wise counsel.
When I met him for the first time in 2016, what immediately drew me to him was his understanding of chinuch and the dangers inherent in a popularized version of “unconditional love.” Unconditional love, which in the abstract sounds so positive and righteous, when applied to an extreme actually reinforces bad and immoral behavior, he maintained. The more a child strays, the more this philosophy advises parents to shower him with gifts. The more self-centered and decadent a child’s behavior, the more blindly accepting one needs to be. What enabling nonsense! Rabbi Wallerstein argued.
What about Yiddishkeit’s standards and values? Rabbi Wallerstein asked me fervently. Are we ready to teach our children through our acceptance of their manipulative behavior that they are unimportant to us? In fact, Erich Fromm, the psychologist who introduced the idea of unconditional love in 1934, wrote that a father’s love must be deserved. A father sets the standard a child must meet if he or she wants that love.
Make no mistake, the toxic modern-day concept of unconditional love has some strong and vocal advocates. They not only try to influence others by means of argument and persuasion, but they also seek to silence those who recognize its pitfalls. But Rabbi Wallerstein paid them no heed.

A Caterpillar’s Metamorphosis
Rabbi Wallerstein was not merely very smart, but he was also very poetic and colorful. Who isn’t amazed by a caterpillar’s metamorphosis from a tree-clinging, wormlike creature into a magnificent soaring butterfly? While it is often used as a metaphor to describe the capacity of human beings to undergo transformation, for Rabbi Wallerstein, the symbolism was far more personal.
“I am that butterfly,” he told me when I met him on his farmstead in Upstate New York, “which is why the butterfly is Ohr Naava’s logo. When I was a little boy growing up in Monsey, I always had a lot of questions. Right next to the Yeshiva of Spring Valley, there was a field that had a lot of butterflies. When I asked my rebbi in the seventh grade why a butterfly has to start out as a caterpillar, he replied, ‘You mustn’t ask questions about Hashem.’ That piqued my curiosity even more, so I went to the library, opened up an Encyclopedia Britannica and started researching the wondrous process by which a caterpillar morphs into a butterfly, and slowly but surely I became an expert on the subject.
“A few years ago, I got an email from someone informing me that according to the Zohar, the parpar (butterfly) is a proof of techiyas hameisim. One day the caterpillar stops eating, hangs itself upside down from a leaf or twig, and spins itself a silky cocoon that turns into a shiny chrysalis, out of which a butterfly later emerges. The Zohar says that the whole purpose of this transformation is to demonstrate the principle of techiyas hameisim.
“The first shiur I ever gave to girls was about butterflies. ‘Imagine,’ I told them, ‘that there are eight caterpillars hanging around and chilling at the bottom of a tree. One caterpillar says, ‘There’s got to be more to life than this. I heard a rumor that if you climb up far enough, they give you something called wings. Why don’t we try it? Who wants to come along?’ The other caterpillars respond, ‘You’re such a loser. There’s no such thing.’ But this caterpillar is determined to get to the top, so it climbs and climbs while the rest of them are all laughing. At a certain point, it stops and hangs itself upside down for 30 days inside a dark, hot cocoon. The caterpillar thinks to itself, They were right. I am a loser. Thirty days later, it struggles to come out. Even at the end it has to fight to get its wings.
“‘Do you know what the purpose of Ohr Naava is?’ I then asked the girls. ‘If you’re this new butterfly, you don’t know that you have wings because you can’t see your own back, so you need someone else to tell you that you have them. Well, I’m that other butterfly, and I’m telling each and every one of you that you have wings. The scariest moment of a butterfly’s life is when it jumps off that leaf. If those wings don’t work, it falls to the ground in front of all of its friends and looks like a fool. But the minute you flap those wings and fly, you’re soaring. You taste G-d, you taste Yiddishkeit, you taste meaning—and it was all worth it. All the suffering you went through was just to get those wings.’
“A butterfly is a different creature from a caterpillar. Similarly, the Rambam says that when you do teshuvah, you’re a briah chadashah. That’s what I believe. Every kid has a choice. She can feel sorry for herself because she’s a caterpillar, or she can have her neshamah sprout wings like a butterfly. That is why we chose it as our symbol.
“My whole mission in life is to inspire girls not to lose hope. Rav Shimshon Pincus put it very brilliantly: Most things in life are not your decision. No one is asked if he wants to be a boy or a girl, or which set of parents to be born to. The only choice you have is what to do with the things about which you were given no choice. You can either step up or step out. That’s it.
“I run a high school in which a number of the girls were abused. I always tell them that being abused wasn’t their choice, but what they are going to do with that unfortunate fact is. ‘You want to stay in bed all day? You want to self-harm? You want to be depressed? You want to take drugs? The other option is to take what you went through and help kids who are going through the same thing.’”
Talking to Rabbi Wallerstein reminded me of a conversation I’d had several years earlier with a person who had been the victim of serious abuse. “You shouldn’t dwell too much on these types of stories,” he advised me, “because all it’s going to do is disillusion you about people and about Yiddishkeit.” While I thought I understood what he meant, few advocates for victims of abuse have not only not lost their sense of balance but maintained their belief in goodness and the potential to heal from even the worst trauma. Rabbi Wallerstein was certainly one of them. He never allowed himself to become jaded or disillusioned; his exposure to other people’s sadness and misery only made him that much more determined to alleviate it.
“I’ve witnessed the power of the neshamah in the worst of places,” he told me fervently. “I’ve seen people who might legitimately have reason to be angry for what they went through, yet they were able to mend and move on. G-d is amazing, and He endows us with an amazing neshamah.”

An Idyllic Setting
On that drizzly day in the Catskills, Rabbi Wallerstein was in the driver’s seat of an open utility vehicle and I was his fidgety passenger. To my chagrin, he picked up speed each time his level of enthusiasm about the ranch he had just purchased for Ohr Naava rose. Rabbi Wallerstein seemed to know every horse by name and was familiar with each one’s psychological makeup. “This one is very shy,” he said, pointing to a brown horse frolicking in the grass. 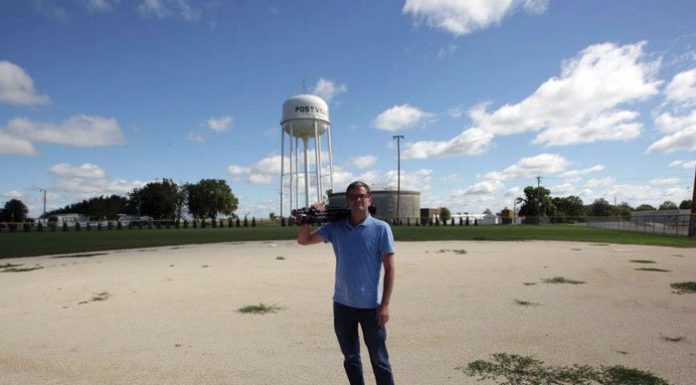 Women to Remember: The Lights Burns On // A Tribute to Rebbetzin Yehudis Schlesinger, a”h