Vladimir Putin expressed his pain over what he called the West’s “cancellation” of performances of Russian composers’ works because of the immeasurably greater pain he has lately brought to the lives of millions.

“The notorious cancel culture has become a cancelation of culture,” he oh-so-cleverly quipped in a video conference.  “Tchaikovsky, Shostakovich, Rachmaninov are excluded from concert posters.” And, he added, those supporting Ukraine’s refusal to capitulate to the Russian invaders “are now trying to cancel our country.”

(The only orchestra that opted to strike Tchaikovsky from its performance, from what I can tell, was an amateur one based in Wales, but never mind.)

A well-earned response came from celebrated author J.K. Rowling, who tweeted that “Critiques of Western cancel culture are possibly not best made by those currently slaughtering civilians for the crime of resistance, or who jail and poison their critics.”

Ah, cancel culture: The denial of a platform to someone who has offended in word or deed.

The phrase borrowed by the Russian president has been indignantly invoked by some, who consider it an underhanded tactic to unjustly punish people. Sometimes, though—and not only in the case of a superpower on a wild killing spree—the denial of a soapbox can be justified. It can, even in less violent circumstances than the bombing of civilians, serve as a means of holding people accountable.

Take, for example, another celebrated author, Alice Walker, who was recently “canceled”—that is to say, disinvited from a scheduled event.

Ms. Walker is a human rights advocate and the winner, in 1983, of the Pulitzer Prize for Fiction for her novel The Color Purple. She had been invited to interview another writer at the Bay Area Book Festival, a Berkeley, California, event that has taken place since 2015.

But then the event’s organizers were apprised of some of Ms. Walker’s nonfictional views and rescinded the invitation.

How dare they! Cancel a rights activist? In, of all places, Berkeley?

It was reported at first that Ms. Walker’s pro-Palestinian sentiments had prompted the disinvitation, but that wasn’t quite the case.

Not that those sentiments themselves were anything but nasty. She refused to authorize a Hebrew translation of her book because “Israel is guilty of apartheid and persecution of the Palestinian people.”

And in a 2013 essay, she compared Israel to Nazi Germany and asserted that “oppressed” Palestinians can’t be blamed for carrying out suicide bombings.

What prompted Ms. Walker’s disinvitation, though, wasn’t that ugly rhetoric. It was, as the book festival’s spokesperson made clear, the famous writer’s “endorsement of anti-Semitic conspiracy theorist David Icke.”

Kishmo kein hu. Mr. Icke claims divine revelations, among them that the world is run by a disguised cabal of “lizard people,” most of whom are Jewish (though, for good measure, he also includes members of the House of Windsor and American presidents). He says the Holocaust may never have happened. And that, if it did, it was funded by “the Rothschilds.”

The screwball seer also embraces the infamous anti-Semitic forgery The Protocols of the Elders of Zion and its depiction of a global Jewish cabal.

“An extremely reliable source,” he confides, told him that the “Protocols” cabal is really the force behind racist and fascist groups like one run by the ADL, the US government and Mossad, which he calls the “‘Israeli/Rothschild secret service.”

And when Ms. Walker was asked, in 2018, by the New York Times Book Review, “What books are on your nightstand?” her answer included one of Mr. Icke’s tomes.

And she doesn’t read Icke for entertainment. Back in 2013, she said that another of the conspiracy-minded maniac’s books allowed her to “comprehend the root of the incredible evil that has engulfed our planet.”

Nor is Ms. Walker’s animus for Jews limited to her Icke-obsession.

In 2017, she published a poem in which she references age-old out-of-context or fabricated quotes from the Talmud to show that Jews condone evil and wish to murder Christians.

To be sure, there are unpopular opinions that should not result in their embracers’ ostracization.

But there are also heinous, incendiary ones that should. 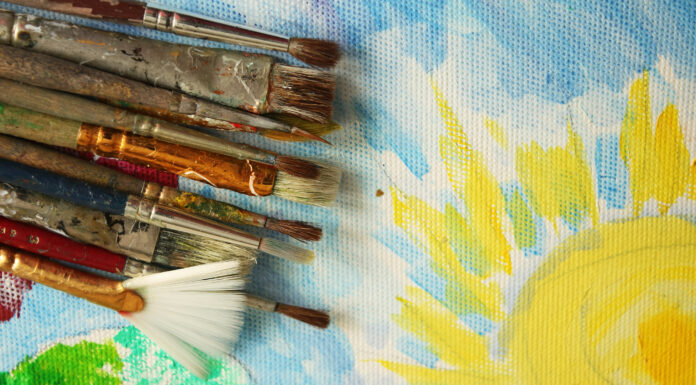 Bais Yaakov – and Art // The artistic mind works differently. One determined mother set out to create a Bais Yaakov especially for them