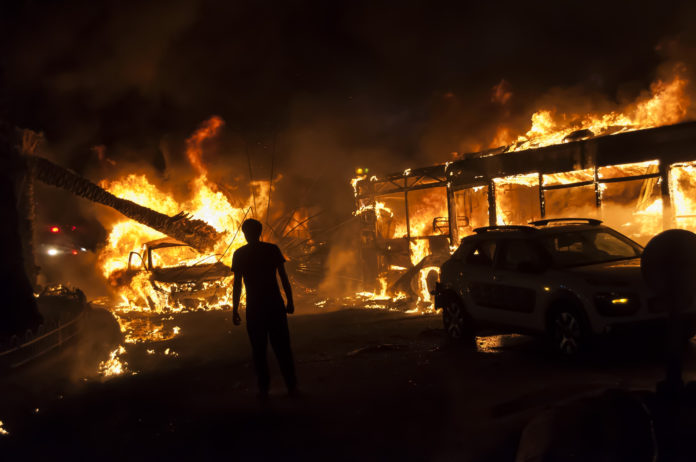 In Israel, preparations—security preparations, that is—are underway for the Muslim month of Ramadan, a month that has come to be known as one characterized by violence. But no one seems to have anticipated that the attacks would begin almost two weeks ahead of time, not least the Be’er Sheva police officer who was called to the scene and who, when he arrived, began to assist the rescue services. And then his entire world collapsed, when he removed the face mask from one of the wounded only to discover that the person—who was dead—was none other than his own sister… The attack shone a light on what is happening in Bedouin areas of the Negev.
By Yisroel Katzover

Be’er Sheva is the largest city in the Negev in southern Israel. There’s barely a person living there who wasn’t familiar with its resident “chasidishe rabbi on a bicycle,” although few knew him by name as Rabbi Moshe Kravitsky. Many were those who benefited personally from his chessed; Rabbi Kravitsky ran a soup kitchen for the poor and needy, the largest such institution in the city. Every day, hundreds of the poor, sick and needy would visit, and Rabbi Kravitsky would personally make sure that no one left without first receiving a hot bowl of soup and being served a nourishing meal.
Throughout the rest of the day, Rabbi Kravitsky could be found cycling through Be’er Sheva’s streets, collecting donations of money and other items for his charitable institutions, under the auspices of Colel Chabad. And when people approached him for help, he never asked questions, never asked anyone to prove that he was truly in need. For years, he also ran one of the largest and most beautiful Chabad Houses in Be’er Sheva and concerned himself with the day-to-day operation of the shul. With Pesach on the horizon, he was busy collecting donations for kimcha d’Pischa for Jews who lacked the means to purchase provisions for the upcoming Yom Tov. Just last week, he learned of a number of Jews in Be’er Sheva who had recently arrived from Ukraine, and he began to work on attending to their specific needs.

But last Tuesday afternoon, Rabbi Moshe Kravitsky was riding his bicycle on one of Be’er Sheva’s main streets, on his way to pick up a donation from a certain family for his soup kitchen, when suddenly, a car driving in the wrong direction on a one-way street headed toward him, accelerating as it approached, and killing Rabbi Kravitsky on impact.
That was just the opening shot in last week’s terrorist attack, one of the deadliest in Israel in recent years. A Muslim Bedouin—an Israeli citizen—went on a murderous rampage, at first in his car, running over several people, and then abandoning the car in the middle of the street and emerging in a busy shopping area where he began stabbing people in the back, one after the other.
Four Jews were murdered and another three were wounded, one moderately and the others seriously; they are still fighting for their lives. The two women who were killed were in a store looking for clothes for their children for Pesach when the murderer encountered them, stabbing them from behind until they were dead. All of the murdered Jews left behind families with children. In just eight minutes, this Bedouin murderer achieved his objectives, until a bus driver passed by and spotted him wielding his knife. The driver stopped the bus and got out with his gun drawn, hoping to stop the murderer in his tracks.
Another passenger got off the bus with him, a Jew who lived in one of the communities in the Chevron region and who was also armed with a gun. The two Jews approached the Arab and called out to him to throw down his knife. Instead of complying, the Bedouin raised his knife and started to run toward them, with clear intent to harm. The two Jews called out to him to stop, and when he continued to run toward them—when he was just a few meters away from them—they opened fire and neutralized him.
Only then did the police arrive…too late. They found the bodies of the four murdered Jews and of the three wounded, who were taken to hospital.
The city of Be’er Sheva—and indeed the whole country—is still in shock. “We expected something like this; we were afraid something like this could happen,” one police commander said afterward. “But no one expected it to happen in Be’er Sheva, tucked away in the south.”
The month of Ramadan is still ahead, a month already characterized by its violence and increased likelihood of terrorist attacks. No one, apparently, expected the violence to start two weeks early, least of all the police officer who was called to the scene of the attacks in Be’er Sheva and started to tend to the wounded. When asked by a paramedic to remove the face mask of one of the victims so that he could attempt resuscitation, he discovered the woman—who was dead—was none other than his very own sister, Laura Yitzhak Hy”d, mother to three daughters.
The police officer rushed to phone her husband and tell him to get there, quickly. 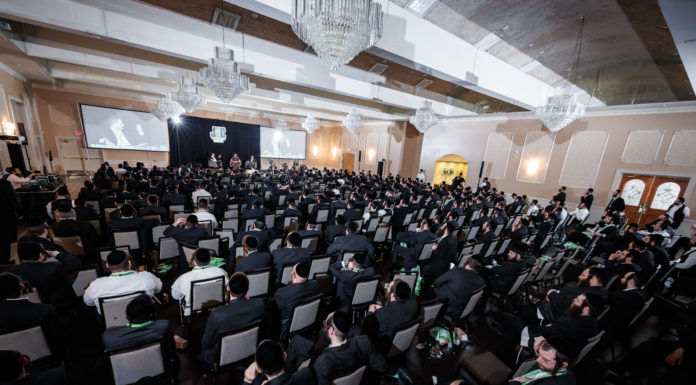