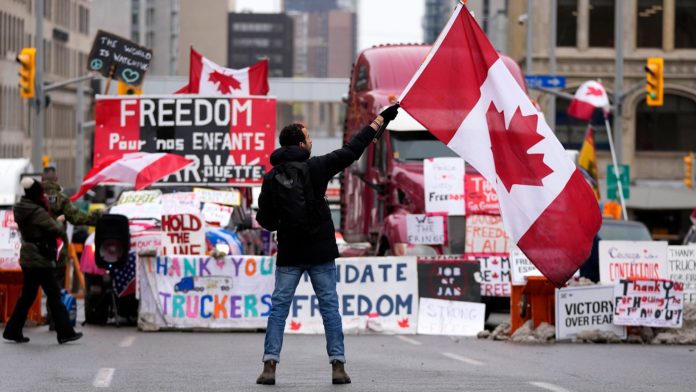 How do you get a Canadian to say “I’m sorry!”?
Bump into him.

If you don’t get that joke, you’re clearly unfamiliar with Canadians, who have a wonderful reputation for being amiable and conciliatory.

Though you wouldn’t know that from recent events north of our border.

A massive protest in the country’s capital, Ottawa, took shape in January in response to Canadian Prime Minister Justin Trudeau’s requirement that truckers crossing the US-Canada border need to be fully vaccinated against COVID-19. Scores of trucks stopped cold on streets and intersections, snarling traffic and disrupting everyday life in the city. (According to the Canadian Trucking Alliance, the “vast majority” of the country’s trucking industry is vaccinated.)

The happening was the brainchild of James Bauder, a QAnon conspiracy theory enthusiast who has called COVID-19 “the biggest political scam in history.” His group, Canada Unity, contends that vaccine mandates and passports are illegal under Canada’s constitution and the Nuremberg Code.

Ottawa police have issued hundreds of tickets and put the city under a state of emergency, but the protest continued and some truckers ignored a judge’s order to stop sounding their thunderous air horns, which have rudely awakened locals early in the morning.

Last week, the “Freedom Convoy” protesters blocked the Ambassador Bridge connecting Ontario and Michigan, which carries 25% of all US-Canadian trade. The Ford Motor Company was forced to halt production at two of its Canadian factories.

Copycat convoys have taken place in Toronto, Alberta, France, New Zealand and Australia; and, after former President Donald Trump and US Rep. Marjorie Taylor Greene praised the protests, a similar demonstration was planned for our country, reportedly beginning in Sacramento and ending in Washington, DC.

On Shabbos morning, Ottawa police moved in and convinced many of the vehicles to leave, and ticketed and towed others. But, at this writing, many protesters, in trucks and on foot, remain.

It isn’t hard, at least in theory, to summon some understanding of, if not quite sympathy for, the protesters, who don’t want to be made to vaccinate against their will. But, it must be conceded, “freedom” has morphed considerably from when it meant the desire of slaves to live normal lives or the goal of colonists to throw off the yoke of King George III to… the refusal to help stem the spread of a disease.

And, aside from the disruption to lives and commerce the protesters have caused, the actions of some of them have been somewhat… disquieting.

Like the man who was filmed dancing on Canada’s Tomb of the Unknown Soldier, or the protesters who, a homeless shelter claimed, demanded free food and threatened staff members.

Or those protesters who waved Confederate and Nazi flags, or brandished signs supporting QAnon and right-wing militias.

Also worthy of note is the fact that an official contact for a regional group involved in the protest is Pat King, who has called COVID-19 a “man-made bioweapon” and claimed that “international financiers” (wonder who they might be) want to “depopulate the Anglo-Saxon race.”

And that another personage seen at the protests, self-proclaimed “Queen of Canada” Romana Didulo, has called for military executions of doctors who vaccinate children.
What’s more, the demonstration in Canada has evolved into a more far-reaching and hostile demonstration against the Canadian government itself. Ottawa City Councilor Matthew Luloff asserted that “Some of the most well-known radicals in this country have now descended upon the capital. Some of them are calling for violence… threatening individual politicians.

“There are people within this group with legitimate concerns. But,” he asserted, “you don’t have a productive conversation at the business end of a gun or the grill of a semi truck.”

Prime Minister Trudeau complained that the protesters “are trying to blockade our economy, our democracy, and our fellow citizens’ daily lives. It has to stop. The people of Ottawa don’t deserve to be harassed in their own neighborhoods. They don’t deserve to be confronted with the inherent violence of a swastika flying on a street corner or a Confederate flag or the insults and jeers just because they’re wearing a mask.”

“That’s not,” he continued, “who Canada and Canadians are.”

We sure hope not. But, just to be on the safe side, you might not want to bump into a Canadian these days. 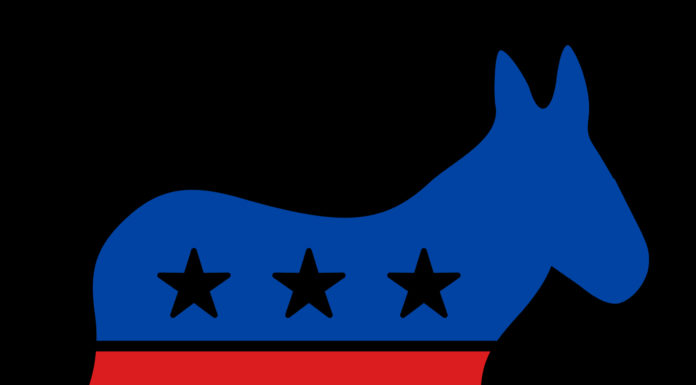