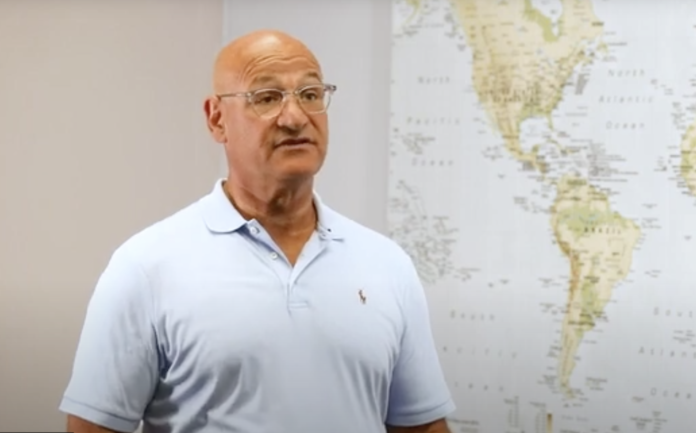 Barry Slovinsky is one of the largest manufacturers and sellers of fashion-forward value eyewear. Despite a difficult beginning, Barry built his company from scratch and turned it into an industry giant. Today he sells to more than 1,500 active accounts and has more than 250 distributors of his glasses brands across the US and abroad.

I found several pieces of advice he gave to be refreshingly simple, concise and adaptable. For example, recognizing the value of print even in an online world, the benefits of constant campaigns, and the importance of samples are lessons that can be applied to many industries. Practical, implementable advice—enjoy!

“I was born and raised in Brooklyn. My parents separated when I was 11 years old, but they did their best to raise me together even though they were apart. I still feel I had a good upbringing and that my parents were there for me and active in my life. First I went to Yeshiva of Flatbush and then I went to local schools through high school. Where I grew up, every area in Brooklyn had its own ethnic background mix; mine was a combination of Jewish and Irish.

“I was a bit of a troubled kid, and I started getting involved with the kids on the streets. I got into some fights in school and started hanging out with the wrong crowd. I became involved in stealing cars, but it  was the theft of a car that had a major positive impact on my life. We stole a car, used it for a bit and dumped it, but it was damaged. The owner called the cops and filed a police report, and I had to show up in court the next day. When I arrived, they announced, ‘Next case: Slovinsky vs. Rosenberg.’ I didn’t know it at the time, but the car belonged to a Jew named Mr. Rosenberg.

“Mr. Rosenberg looked at my father and asked, ‘Are you Jewish?’ When my father replied that we are, Mr. Rosenberg turned to the judge and said, ‘Your honor, I would like to drop all charges on the condition that this young man comes to my home for a Shabbos dinner.’ The judge asked me if I agreed, which, of course, I did.

“I went to Mr. Rosenberg for Shabbos, and although it took me a while to get out of my troubled days, that Shabbos molded my life in a way. It showed me how we are a special people, and seeing how Mr. Rosenberg believed in me and saw the good within me left a real lasting impression and pushed me to better myself.

“Even as a teenager, I was always looking for ways to make a couple of dollars, and I had a couple of interesting experiences along the way. I worked as a bellman and as a busboy in many of the bungalow colony restaurants that existed back in the day. I once worked at Sleepy’s Bedding and the store got robbed while I was in it; it was traumatic. What made it even more difficult was that the owner accused me of setting up the whole thing myself.

The Reunion: A favor is repaid manyfold

ON THE ROAD WITH SHLOIME ZIONCE // On the Streets of India