“Is this the residence of Chana Sharfstein? May I speak to her, please?” The woman on the phone sounded anxious, tense and quite uncomfortable.

I immediately sensed a change in her tone. “I am so excited!” she said. “I can’t believe I finally found you. I’ve been looking for you for several months, and I was starting to wonder if I would ever find you. This isn’t really about you but about your father, Rav Zuber.”

Well, this was quite unusual and totally unexpected.

“My father was niftar a long time ago,” I told her. “It happened in 1953 in Boston, Massachusetts, when he was in his mid-fifties. It was a street crime that was never solved.”

“I know,” she said, “and I’m really sorry. But my situation is very puzzling, and I hope you can help me. It was hashgachah pratis that I was discussing it with some friends at the kiddush in shul last week, and someone heard the name Zuber and immediately said she knew you since she had gone on your tour to Scandinavia. This person gave me your phone number.”

The woman then told me that her mother had passed away about half a year earlier, and she had spent time clearing out the apartment, as well as the safe deposit box in the bank. In that box she had found an envelope with the name and address of a Rabbi Zuber in Stockholm, Sweden. And inside this carefully preserved envelope was document with a wax seal stamped “J. J. Zuber, Stockholm, Sweden, Rav Sinagoga Ahavas Yisroel.”

I remembered that stamp well. It was kept in the middle drawer of my father’s large, glass-covered mahogany desk in his study. I always enjoyed watching him use it. First he heated up the wax with a candle, then he carefully placed some drops on the document, swirled it around to form a circle, and pressed down with the wooden stamp for a perfect insignia. These documents were of great importance.

Slowly, my visitor read aloud the text, and together we deciphered it. This was a document with which I was quite familiar, and a priceless one for the young women who had received it. It was the opportunity to rebuild life. With this document, the recipient could face the future with hope, with new dreams. I explained to the woman that this letter meant that her mother was no longer an agunah and was free to remarry.

I was met with total silence. I could sense her disbelief and visualize her shaking her head in confusion.

“You don’t understand,” she said. “That’s impossible. My mother was married only once, to my father. She never had any other children, just my siblings and me. This makes no sense.” She was beginning to sound hostile and angry.

The Allies and the United States Army opened the gates to the concentration camps and liberated the survivors. But my father, together with other rabbanim, freed many young married women whose husbands were missing and for whom there was no death certificate to confirm that they were no longer alive. These unfortunate women were agunos—which means chained—and my father secured their freedom.

Quietly and calmly, I explained the situation. Of course, I didn’t know any details about this particular case, but I  said, “One thing I know for sure is that your mother was definitely married. I guess she hadn’t wanted to sadden the lives of her children by sharing upsetting memories, so this was a closed chapter in her life.”

The woman suddenly began to cry softly, but soon she was sobbing. She remembered a photo of a smiling young man that seemed to have been misplaced in the safety box. She had wondered about that; perhaps he was the groom of her mother’s youth. She thought of her mother, of the challenges she had faced, and missed her terribly. She wished she could have shared this discovery with her, but she admired her mother’s fortitude in not wanting to bring sadness into her children’s lives.

I too was filled with memories. We were unbelievably fortunate to have been living in Sweden during the tumultuous era of World War II. In 1930, my parents were living in Riga, Latvia, awaiting passage to America. But the stock-market crash had put an end to that dream, and my father, with the encouragement of the Previous Lubavitcher Rebbe, had accepted a rabbinical position in Stockholm. It was supposed to be temporary, but Nazism spread rapidly, and we remained there until 1947.

Located in a neutral country in the midst of the terrible tragedy taking place in Europe, my father was able to help our Jewish brethren in many ways. My eldest brother, Mendel, “married” several girls from Holland and brought them to Sweden as war brides, thereby saving their lives. Numerous visas to countries in Central and South America were obtained with great difficulty from embassies in Stockholm, and our home was always open to people escaping Europe through Sweden.

During the war, after the Japanese diplomat Chiune Sugihara issued passports for yeshivah students to travel to Shanghai, my father became involved in transferring essential funds for these bachurim of Mir, Lubavitch, and other yeshivos. Because of the war, money couldn’t be transferred directly from America, so my father’s role in this important task was crucial. 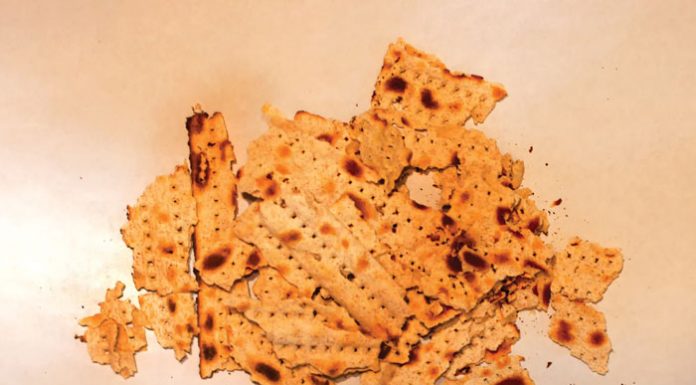