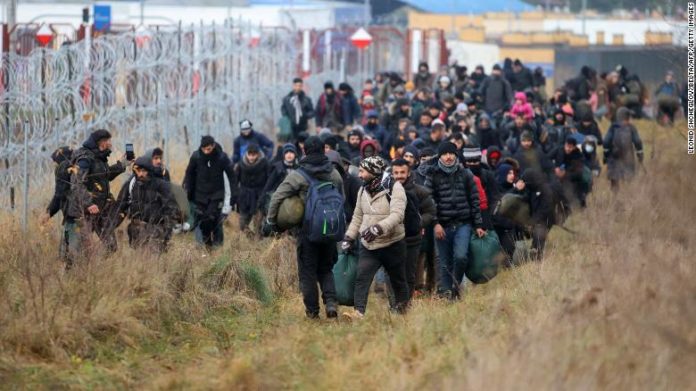 here are thousands of people massed at the border between Belarus and Poland, hoping to get into the European Union. The frigid weather is making their makeshift huts less and less likely to provide proper shelter, and it is already killing some of them. The sudden influx of migrants, many of them Iraqi Kurds, may have been a ploy by Belarus to punish Europe. There is also suspicion that Russia, which supports Belarusian leader Aleksandr Lukashenko, is encouraging the activity.

Meanwhile, the massing of migrants on the Polish border has led the Polish government to erect a fence and clamp down on those attempting to cross. Migrants who headed to the Lithuanian and Latvian borders similarly found themselves stuck behind barbed wire.

The specter of a humanitarian disaster is one concern. The possibility that the autocratic Lukashenko—who has also threatened to cut off the gas supply to Western Europe—will continue to carry out dangerous shenanigans is another.

What’s been happening at the border?

Since August, the rules governing visas to Belarus have been relaxed, according to Iraqi travel agents who spoke to The New York Times. Belavia, the Belarus state airline, also increased the number of flights from the Middle East, including Iraq.

Until then, Middle Eastern migrants looking to get into Europe were more likely to try to cross from Turkey into Greece by boat. But it’s a dangerous route, with drownings a common occurrence. The prospect of simply flying straight into Belarus seemed much more palatable—so people started doing it.

But the Belarusians did more than simply allow migrants into the country. According to reports, they put them up in government-owned hotels and then started transporting them to the Polish, Latvian and Lithuanian borders. Some migrants have even claimed that they were given wire cutters and axes to allow them to cut through fences. Then this past week Poland claimed that the Belarusians were giving out logs to enable the migrants to clamber up their side of the fence in order to get over.

Since the beginning of 2021, Poland has accepted 5,000 applications for asylum, which is more than double the number they did last year. In response, some 12,000 troops have been sent to the border, which is almost entirely protected by barbed wire. Some migrants who crossed over illegally have also been sent back into Belarus.

Despite the dangerous conditions, Poland has refused to allow aid workers or journalists access to the border. There have been at least nine deaths reported so far, most likely due to the cold.

Why is Lukashenko taking action against the European Union?

The EU has been sanctioning Belarus since October of 2020. The first round was due to crackdowns on protesters after Lukashenko won the presidential elections in August of that year. Those elections were condemned as neither free nor fair by the EU and other international observers. Two sets of EU sanctions related to the elections then went into place in November and December.

A fourth set of sanctions was enacted after Belarus forced a Ryanair flight to land in Minsk in May of 2021. The Belarusian authorities pulled a dissident journalist and his companion off the plane before allowing it to continue on to its destination.

Dr. Tatsiana Kulakevich is a research fellow at the University of South Florida Institute on Russia and an expert on Belarus.

She explained Lukashenko’s endgame: “Lukashenko is creating grounds for negotiations. He projects that the Belarus-Poland crisis is the situation that he will be able to resolve in exchange for lifting or easing existing sanctions.”

Dr. Maria Snegovaya is a postdoctoral fellow at Virginia Tech, a visiting scholar at George Washington University and a recognized expert on Belarus. In her opinion, there are probably a couple of different motivations behind Belarus’ moves.

“Lukashenko is using this tactic of hybrid warfare at a moment when Belarus is interested in taking revenge on Europe, after the EU sanctioned him for the horrible domestic situation, cracking down on civil society and killing people who protested last year, but it is also a moment of weakness for the EU.

“Notice how Poland was chosen as the target. Of late, Poland has been experiencing tensions with the EU. The idea is probably to demonstrate how ‘horrible’ the Polish government is to the innocent immigrants. Belarus is playing the human rights card, and perhaps trying to deepen the divide in the EU.” 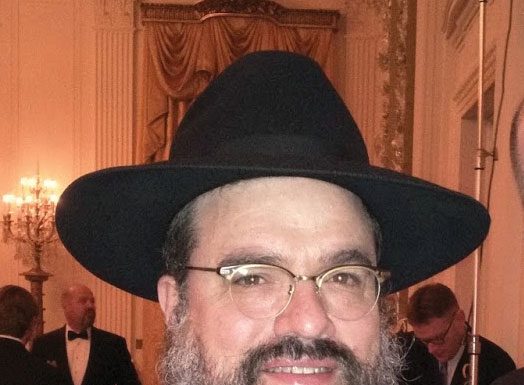 Building a Collection Sefer by Sefer // An eclectic examination of repositories of Jewish books—from the private collections of individuals to the largest of...