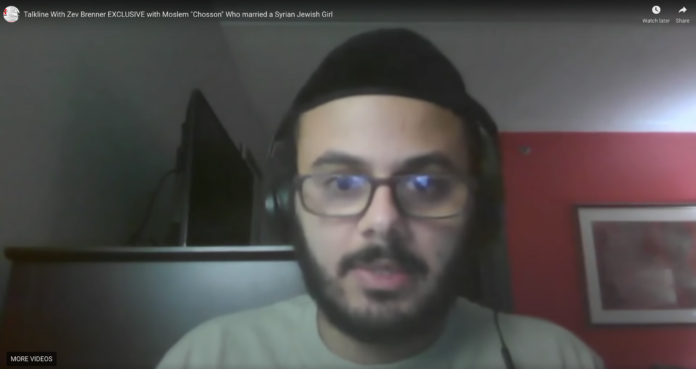 A fraud who convinced a Jewish girl to marry him says that he blundered into the situation with good intentions. But is there any reason we should believe him?

The recent story of Ali Hasan Haliwa, a 23-year-old non-Jewish man born in Lebanon who pretended to be Jewish, called himself “Eliya” and married a Jewish woman from Brooklyn, shocked the Jewish world. The level of his impersonation—how he sounded like a regular frum person—and the scam that he pulled off on a Jewish woman frightened people. Questions immediately arose about how this could have happened and why the rabbanim who were involved with the wedding didn’t properly vet the “chasan.”

Haliwa was cleared by the FBI and NYPD of having terrorist connections, which had been an initial concern. But Haliwa has been trying to go further and clean his reputation, with attempted appearances in Jewish media. Ami Magazine was offered an opportunity to interview Haliwa, but we declined to give him a platform.

However, Haliwa did appear on the popular Talkline radio program hosted by Zev Brenner this past Motzaei Shabbos, where he attempted to defend himself. Haliwa admitted that he had tricked the woman and the Jewish community, but he presented himself as having done so out of fear and real interest in Judaism rather than as a con job.

Haliwa said that he grew up in Lebanon but felt alienated there. He told Brenner that he had learned about Judaism in a high school class and began studying it and referring to himself as Jewish, but that he had been mistreated by other Lebanese because of that.

He said that he later moved to the US, and when he went to college at Texas A&M, he told both the Hillel House and the Chabad House that he was Jewish, out of fear that they would otherwise reject him. “It pains me that I lied to the Chabad rav and no one should blame him,” Haliwa said in the interview. “They should blame me, but they should understand my pain.”

Haliwa eventually dated Jewish women and hid his identity from them. When he met the woman he married, he told her that he worked for the National Security Agency, although that was not true. He told Brenner that this was because she had seen his real name on his ID while they were dating.

After the marriage, his father-in-law suspected something was wrong and discovered his real identity online.

Haliwa said that he started making up even stranger stories when he realized that the woman he had tricked was going to leave him. “They took her away from me. I was struggling for a week so I can make up something so I can get my wife back and my Jewish life back. I started making up names, making up insane stories.”

Should Zev Brenner have given him an outlet? And should we see this person the way that Brenner seemed to, as a well-meaning person who loved Judaism and found himself boxed into deception, or as most of the community sees him, a treacherous con man who abused a Jewish women? In this conversation, Rabbi Yitzchok Frankfurter of Ami debates these questions with Zev Brenner.

Rabbi Yitzchok Frankfurter: You made a lot of news with this week’s interview of Ali Hasan a/k/a Eliya Haliwa. Can you reflect for a moment on your impressions?

Zev Brenner: I was very intrigued by him. I had interviewed a number of people who grew up in Lebanon but nevertheless love Israel and the Jewish people. I once had a Lebanese businessman on the show who lives there and is in constant danger from Hezbollah, and he also spoke at the Young Israel of the West Side. So I found it fascinating when I heard about this man from Lebanon who claimed to be Jewish and married a frum girl. An additional element was that for a while there were even reports that he was a terrorist involved with Hezbollah. So I decided to reach out to him to hear his story, which I was sure would be of interest to others. It turned out that I was right because we’ve already had over 30,000 downloads.

He confessed on your radio show that he was a liar who not only lied to a lot of people, but also to the person he chose to marry. When someone takes lying to such an extreme, is there any way to know when he’s telling the truth?

You’re going with a chazakah that a person like that is always a liar, but while I’m not here to defend him, he made a case that it was simply a matter of aveirah goreres aveirah. After telling one lie that he was Jewish, he couldn’t stop and had to continue. It actually makes a lot of sense. He said that he started out by contacting a Reform temple and was rejected, and he didn’t know how the Jewish community works or how things operate here. But just look at where he is today—he’s in a terrible situation. He’s without a community and he’s estranged from his family. Aside from the young woman who was hurt the most, he’s the biggest victim of the story.

To be frank, this person is wearing a very frum-looking yarmulke while admitting that he comes from a Muslim family. From that alone, it seems like he’s still lying. Why is he dressing like a frum person when he’s confessing that he isn’t Jewish?

I’m going to take all sides in this discussion, but with regards to this particular aspect, the fact is that he’s been dressing this way for three or four years. This is his identity. He made it very clear that he isn’t a practicing Muslim. He didn’t grow up as one and he isn’t one today. My opinion—and the opinion of the majority of people who texted, called and emailed me after the show—is that he’s sincere and wants to be a Jew. So if he wants to be a Jew, he has to dress like one and continue what he’s doing. He also begged me, both on and off the air, to find him rabbis who would be willing to convert him. So I believe that he wants to go through the conversion process, and I’ve even heard from people who want to help him. My gut feeling is that he will do it at some point because that’s what he wants. He said that he’s willing to die for Israel.

The Talmud takes a very skeptical view of anyone who converts, and there are some Orthodox Jewish communities, including the one he married into, that don’t accept geirim at all. So what we have here is a wannabe convert who has already proven to be problematic. Why would someone try to assist him when we shy away from potential converts even when they are totally sincere and don’t have a history like that?

There are two separate issues. First of all, the Syrian Jewish community has had a takanah since 1935 against accepting geirim to prevent intermarriage. It’s strictly for their community and was never accepted by other groups. We have to make this distinction. In this particular case, even if he were to convert, he wouldn’t be able to marry this woman because of the takanah.

Now, while we do make it difficult for potential converts, we do accept them, and the Torah is full of admonitions about making the geir feel comfortable. So the bar for entry into Judaism is high: You have to study and show that you’re sincere, but if you do, you will be accepted with open arms. Once you’re in, you’re in. He claims that he is willing to do whatever is necessary. He’s saying that he’s willing to keep all of the mitzvos. If that’s the case, and if he’s vetted and found to be sincere, should he be allowed to join the Jewish people?

I appreciate that question, and I will explain why I disagree. I know you have a very kind heart, and you’re seeing this person who says he loves Jews, Judaism and Israel, so you’re viewing him from that aspect. To me, what really stands out is the fact that he couldn’t have hurt any human being more than he did. I’m not an attorney, but I think that after his on-air confession, she would have a very strong case for a lawsuit with monetary damages. So to summarize my answer to your question, I see him as having hurt this woman terribly, whereas you see him as someone who has declared his love for Judaism.

He did create an avlah for this young woman; there’s no way of getting around that. He hurt her and caused her to marry a non-Jew. But he wanted to be Jewish, and maybe in his mind he thought he was. He claimed that even while he was still in Lebanon he was studying about Judaism and had a yarmulke he made for himself. When he came to America, he dated other Jewish girls and was living a Jewish life. That’s who he was. It’s not like he did it just to marry her. He wanted to be a Jew, but he didn’t know how to go about becoming one. I believe that he’s sincere in that and wants to live in Israel, and I haven’t seen anything to the contrary, despite the fact that he did this terrible thing to this young woman.

You spoke to him for a long time and had a very wide-ranging conversation. In your mind, what was the highlight of the interview?

That this person clearly has a passion for being Jewish. He picked up the lingo and the dress, and I think he’s sincere in his quest to become a Jew. That’s what struck me the most.

What struck me, in addition to everything we’ve discussed, is that he seems to be a very smart guy, especially since he was able to pick up all these things in a relatively short time.

He said that he graduated at the top of his class in Lebanon.

You said that you’ve interviewed other people from Lebanon who like Jews and Israel. Did they have a similar passion?

The businessman I mentioned still lives in Lebanon, and his love for Israel and the Jewish people isn’t something that helps him do business there, even though it might help him in New York, where he visits frequently. Brigitte Gabriel also grew up in Lebanon and speaks very passionately about Israel, and there are others as well. For some reason, there seems to be a group of people in Lebanon who have an attachment to Israel.

You said that you got a lot of positive feedback, including from some who were interested in helping him convert. Did you also get negative feedback from people who were upset that you interviewed him? 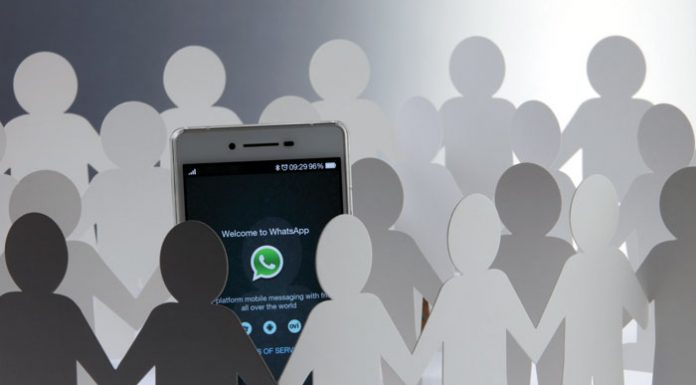