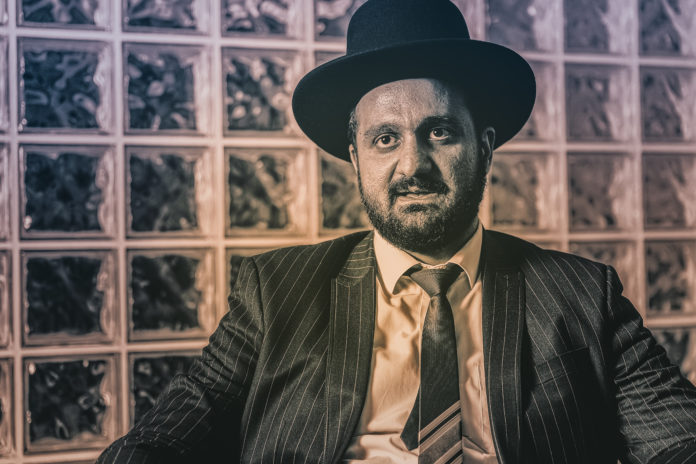 The place that people would probably least expect to have a blossoming Jewish community is the country of the ayatollahs. Yet Iranian Chief Rabbi Yehuda Gerami, who has been visiting the United States over the past few weeks, has proven to be the rav of a vibrant Jewish community in that Islamic state. In a fascinating conversation, Rabbi Gerami painted a picture of how Iran’s Jews are faring, as well as his efforts to raise the religious level of the community to new heights.

Our conversation opens with an interesting statistic. “There are currently over 20,000 Jews living in Iran,” Rabbi Gerami says. “Approximately 10,000 live in Tehran, 7,000 in Shiraz, 3,000 in Isfahan, and there are also smaller Jewish communities in other cities like Kermanshah, Rafsanjan and Yazd. Everyone is able to live openly as a Jew without any problems. They do not need to hide their Judaism. There are around 70 functional batei knesset in the country. I know this because I have to send the arbaah minim to each one every year.

“We have five kosher restaurants in Tehran, two in Shiraz and two in Isfahan. Each restaurant is under our hashgachah with a dedicated mashgiach for each one. There are also a number of butcher shops with mashgichim. We have many mikvaot under our hashgachah: six in Tehran, seven in Shiraz and three in Isfahan. Several of these have been renovated to ensure that they are not only kosher but also aesthetically pleasing.

“There are batei almin throughout the country, and they are all well cared for. All burials take place according to halachah. We have full freedom of religion. We are able to keep all of the mitzvot. Not only do we have batei knesset and batei midrash, we even have a yeshivah and a kollel.”

In his role as chief rabbi, Rabbi Gerami is involved in maintaining all of the important elements of Jewish life. “There has always been a rabbanut in Iran,” he explains. “The vast majority of Jewish Iranians keep kashrut, and of course the shechitah and hashgachah are supervised by us. All kosher food is produced locally. There are a number of shochtim in each city, many of whom learned in my yeshivah, received kabbalah for shechitah and then returned to their hometowns.

“The observance of Shabbat has improved a lot in recent years. Today, baruch Hashem, most of the Jews in the country are shomer Shabbat. There was a time when many stores were kept open on Shabbat, but these days they are all closed. There were also people who would drive to the beit knesset in a car, but today it’s a rarity. Even those who still drive are too embarrassed to park near the beit knesset. The fact that they have a sensitivity to Shabbat is a start; at least they don’t want to desecrate it in public. B’ezrat Hashem, they will go on to keep Shabbat in private as well. Right now, we don’t have an eiruv, but one day we hope to have one.

“During COVID, there were times when all of the batei knesset were closed. But before the pandemic, in the central beit knesset where I daven, all 800 of its seats would be filled on Friday nights. On Shabbat there are more mitpallelim, of course, but there are many minyanim during the week as well. I deliver drashot on Friday night, Shabbat morning and Shabbat afternoon. In Iran, more people come to beit knesset on Friday night than on Shabbat morning, which is the opposite of the way it is in the US. The reason is that Friday is a day off, so people are more inclined to go to the beit knesset.”

The foundation of any Jewish community is its educational system. In modern-day Iran, not far from the sites of the ancient yeshivos of Sura and Pumpedisa, a new yeshivah has sprung up under Rabbi Gerami’s supervision, adding a crucial resource to the community.

“We recently opened a yeshivah that has a dormitory and provides meals. The number of students fluctuates, especially since COVID, but we have many talmidim who come to learn Torah. The boys range from 14 and 20, and sometimes a little older. They learn Gemara, Shulchan Aruch and poskim, and they can earn semichah for rabbanut, shechitah and safrut. They can also become mohalim. Many of our students are real talmidei chachamim who have completed all of Shas. One talmid completed Shas twice, and he received semichah from me as well.

“Baruch Hashem, we are zocheh to have teachers who are more than up to the task of instructing our students. Many of them learned in our yeshivah and kollel. In general, those who study in our kollel do so for half a day, and they teach in one of our Talmud Torahs the other half.

“We consult internationally on education as well as on other matters. I am in touch with many rabbanim, and I have friends like Rabbi Moshe Kotlarsky, who always helps us, as well as Russian Chief Rabbi Berel Lazar, who is a personal friend of mine. Iranian bachurim are sent to Russia to learn nikkur and shechitah. We teach them the laws and they practice a bit in Tehran, but then we send them to Russia to learn the practical aspects. We’ve also sent a lot of boys to Russian yeshivos.”

One challenge of Jewish life in Iran is obtaining tefillin and mezuzot. “We get our tashmishei kedushah from outside the country,” Rabbi Gerami says, “but we have also trained sofrim, although most of them check tefillin and mezuzot rather than writing them. However, I do have a talmid who started writing a sefer Torah a few months ago. But as I said, their main job is to check the tefillin and mezuzot, as well as the sifrei Torah, because our scrolls are very old. Many of them date from 100 to 200 years ago, and they were written on gvil [full parchment] rather than klaf [split parchment, which is the standard in most of the world today]. Sometimes they need to be repaired, and our sofrim are able to do that. There are many people from the older generation who still insist on using their old pairs of tefillin, but they really have to be replaced. We keep trying to convince them to buy new ones. Most people don’t have mezuzot on their front door, not because of anti-Semitism but because of fear that they will be stolen. But inside the house there are mezuzot on every door.”

The picture Rabbi Gerami paints of Jewish life in Iran is quite a good one. In some ways, it echoes some of the challenges faced by many who live in “out-of-town” communities elsewhere in the world. And as Rabbi Gerami explains, the attitudes of Iranians, both in government and among the common folk, are quite warm towards the community.

“The Jewish people have always had freedom of religion. The state is very respectful, referring to us as the ‘People of the Book.’ There are several religions that are recognized in Iran and given full freedom, including Judaism, Christianity and Zoroastrianism. To give you an idea of how much freedom we have, in Iran it is forbidden to make or sell any kind of alcohol. But because we need wine for Kiddush and Havdalah, we are allowed to make wine for ourselves. Most families ferment their own, but it’s permissible to sell it to other Jews. Even if someone is caught with wine on the street, if he says that he is Jewish and shows his Jewish identity card, there are no problems.

“Baruch Hashem, we were able to form a beit din, so when it comes to things that are connected to religion, such as marriage, divorce and inheritance, the courts ask the beit din what the halachah is, and they rule according to what we tell them. For financial cases, the courts don’t recognize our jurisdiction unless the parties signed a binding arbitration agreement. In some ways, our legal system is ahead of the courts in Israel, which don’t follow halachah when it comes to inheritance and even want to stop religious marriage and divorce. In Iran, the beit din is recognized for all these things.”

As far as interactions with regular Muslims, Rabbi Gerami says that anti-Semitism is the exception rather than the rule. “Baruch Hashem, we have never had any problems. There are anti-Semites all over the world, including in Europe and America, but they are a very small minority in Iran and aren’t representative of the people. We live in a country that follows the rule of law, and whenever there is any kind of problem we call the police and they help us. The vast majority of Iranians appreciate Jews and are very respectful. In fact, they act better towards us than towards each other. Right now, due to the financial situation in the country, people don’t want to accept credit cards or checks, but if the customer is Jewish they’ll take a check because they know that it won’t bounce. We are able to walk through the streets in our kippot, and we don’t feel a need for security of any kind for our batei knesset, batei midrash or other buildings. Everything is open to all.”

I ask Rabbi Gerami if after the Islamic Revolution, when the entire country became more religious, it became somewhat easier for Jews to be religious as well. “That’s correct,” he concurs. “When there’s a culture of religion, it’s much easier to return to Yahadut and keep mitzvot. By contrast, when the culture is liberal and secular, there are many obstacles. When the country is religious, there are fewer distractions.”

Nevertheless, the kehillah avoids becoming politically involved. “Our ironclad rule is not to get involved in politics in any way, neither domestically nor with regard to foreign policy. We also stress that there is a difference between being Jewish and political factions or organizations. We also respect the law. It is illegal to travel to Israel, so we don’t do it.”

The rule about flying to Israel wasn’t in effect years ago, when Rabbi Gerami traveled there at the age of 16 to study in Yeshivat Ateret Yisrael. “Someone arranged for me to have an entrance exam conducted by Rav Baruch Mordechai Ezrachi, but he was supposed to fly to America and was in a rush to get the airport. I was told that he would test me if I could get to the yeshivah before 12:00. I was in a different city, so I hired a taxi and got there as quickly as I could. I got there at 11:45. He asked me which masechet I was learning, and I told him. Then he said, “I’m going to ask you one question. If a cow or a sheep that has never given birth before has twins, and both their heads come out at the same time, what’s the halachah? Are they both considered bechorot?” I told him that I had never learned Bechorot. “Okay,” he said, “then just tell me what you think.” I gave him a pilpul based on halachot I had learned in other masechtot. When I finished, he said, “I see that you have great talents. I’m going to accept you into the yeshivah.” 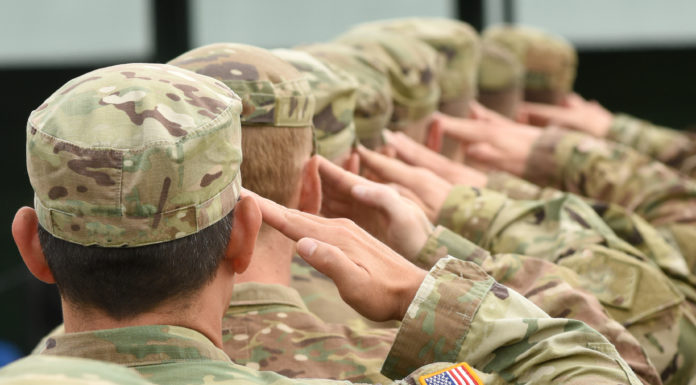 For the sake of the family: My son-in-law put us in...