I had been getting distress calls for the past few weeks, but this time my sister’s alarmed tone left no room for inaction. “It’s impossible to deal with Dad any longer. He’s been suffering from dementia for a while, and it seems to be advancing rapidly. I can’t manage by myself anymore. You have to come.”

My sister lived in the same city as my parents and cared for them devotedly. I lived many hours away by plane and visited my parents three times a year, as frequently as my family and job allowed. I realized that having parents wasn’t a privilege that would go on forever, and I wanted to enjoy them and have them enjoy me for as long as we had each other.

My father had carefully maintained his health throughout his life. He ate well and studiously avoided refined sugar and flour and processed food. He had stopped smoking after reading the first reports that came out about how dangerous it was, and he avoided restaurants like the plague, asserting that they used unhealthy ingredients. And he was still riding a bike in half a foot of snow at the age of 80.

My father was an escape artist. He was on his fourth pacemaker, which had been  changed every decade. He had two aneurysms in his body that the doctors had told him a decade ago to monitor, and three malfunctioning heart valves that required him to wear special socks and compression devices to ensure blood flow. He had survived colon, prostate and bladder cancer, and presently had another cancer elsewhere. Three years earlier, his doctor had told him that it would finish him off within six weeks to 18 months.

He had developed diabetes over the last decade and his numbers were sky-high, but he had stopped taking a pill to control it because it conflicted with other health issues. He took only two medications and two vitamins. He claimed that borscht and chicken soup cured all ailments.

He also had cataracts and had started falling a couple of years ago, each fall potentially life-threatening. We immediately started a daily regimen of exercise that strengthened his muscles and greatly reduced the number of falls. He functioned normally and seemed to be okay.

The second half of 2020 and the first half of 2021 were rough; we all feared that the coronavirus might infect our parents. They went into lockdown and kept friends and family at a distance. My sister did all the shopping and made sure they weren’t exposed to anyone. I was allowed to visit after a week of isolation and traveled to their house by private means instead of public transportation. Thankfully, they stayed healthy the whole year.

I bristled at all the coronavirus restrictions. As I was doing more research into them, I read about the increased death rate in old-age homes from all kinds of conditions besides COVID, as well as increased rates of mental illness in the general population. I reached the conclusion that these restrictions hadn’t been put in place to keep people safe but to ensure that they died or that their health deteriorated.

Now I was finding out that despite being unscathed by the virus, my brilliant father had had a traumatic year and was beginning to suffer from rapid-onset dementia. Although it wasn’t surprising for someone turning 100, he had taken such good care of himself until now that we hoped he would escape this affliction.

My sister and my mother had been mentioning for weeks that he was talking gibberish more often. He had put radishes in the chicken soup and made coffee in his Kiddush cup. He insisted on the last day of Pesach that the Yom Tov was over. He had stopped davening and doing the regular things he did in the kitchen. Instead, he sat on the couch and stared into space.

The dementia seemed to be progressing at a rapid pace, and my mother had no day or night as she refused to leave him alone. On some days he wasn’t too bad, but other days were difficult.

We realized that hard decisions had to be made. We had done everything we could to avoid putting my father in assisted living, but it was beginning to dawn on us that we might not have a choice. My sister didn’t want to make that decision alone. She also thought that the way things were going, she didn’t know how much longer he’d survive.

I packed my bags and left the next day. Just in case, I took along a shirt I could use for the shivah.

The dilemma of assisted living

When I arrived, my father welcomed me with a faint smile. I was relieved to see that, baruch Hashem, he recognized me. We had a few normal conversations, but in between he made comments that didn’t make sense. 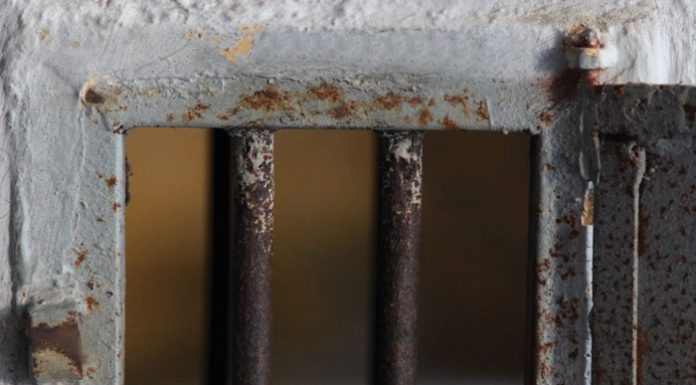